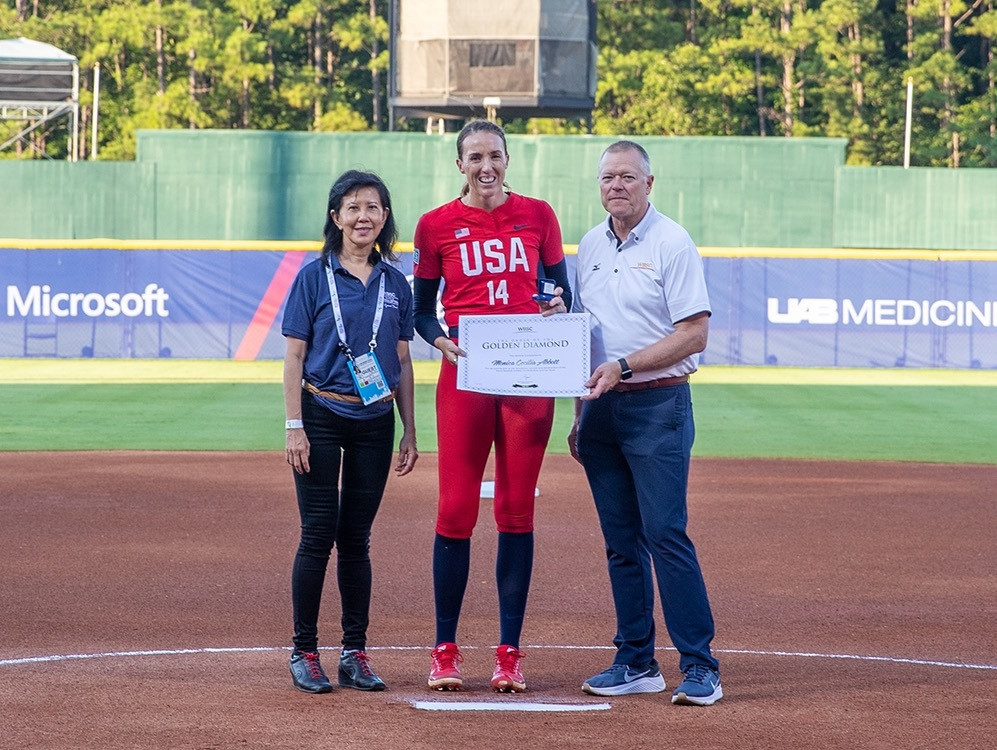 The American left-handed pitcher was presented the prestigious prize before her side’s 10-2 victory over Canada in the women’s preliminary round at the Birmingham 2022 World Games yesterday.

WBSC secretary general Beng Choo Low and Softball Division chair Craig Cress were on hand to give Abbott the certificate.

The Order of the Golden Diamond recognises people who have contributed to the development of international baseball and softball and support the efforts of the WBSC.

"It really means a lot to me," said Abbott.

"I’ve been playing softball for a long time.

"I started as a kid but also played at the junior programme, went all the way through from softball being out of the Olympics to coming back.

"Just being recognised worldwide for being able to have an impact - not only on young girls, but also other countries, pros, and people that are now at the prime of their career - it really means a lot to me."

Born in Santa Cruz in California, Abbott has carved out an impressive career in the sport, including world titles in 2006, 2010 and 2018 and silver medals at the Beijing 2008 and Tokyo 2020 Olympics.

Abbott played for the University of Tennessee from 2004 to 2007, where she became the National Collegiate Athletic Association Division I leader in wins with 189, shutouts with 112, strikeouts with 2,440 and innings pitched with 1,448.

The 36-year-old also holds the record for the most strikeouts in one season with 724 and recorded 23 career no-hitters as well as six perfect games.

While playing for the Chicago Bandits in the National Pro Fastpitch (NPF) in the US, Abbott earned her spot in the Guinness World Records book courtesy of a pitch which clocked 77 miles per hour - the fastest speed ever recorded in women's softball.