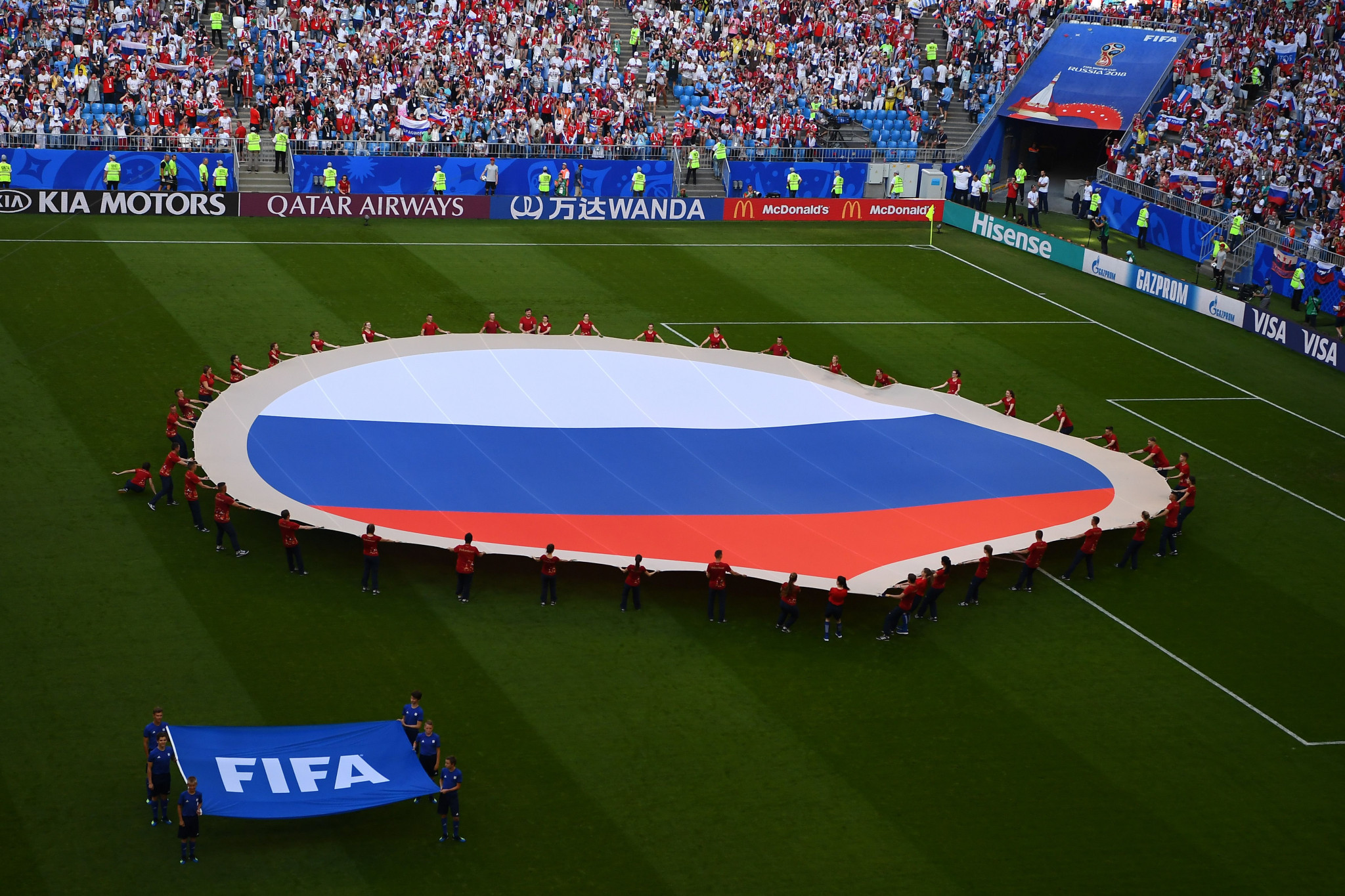 The Court of Arbitration for Sport (CAS) has upheld the decisions of football governing bodies FIFA and UEFA to exclude Russian national teams and clubs from their competitions.

Russia were banned from competing in FIFA and UEFA competitions "until further notice" in February after the invasion in Ukraine, ending their qualifying campaign for this year's men's World Cup in Qatar.

In May, UEFA confirmed that the country would be unable to participate at the ongoing Women's European Championship, which Russia qualified for last year.

The Football Union of Russia challenged the decisions by football's global and European governing bodies at the CAS, but its has dismissed the appeals.

The CAS Panel found that UEFA and FIFA were within their rights to implement the measures following the invasion of Ukraine.

"All six appeals were referred to the same panel of CAS arbitrators which held hearings with the parties by video conference on 5 and 11 July 2022," the CAS said.

"In all of these cases, the Panel determined that the escalation of the conflict between Russia and Ukraine, and the public and Government responses worldwide, created unforeseen and unprecedented circumstances to which FIFA and UEFA had to respond.

"In determining that Russian teams and clubs should not participate in competitions under their aegis while such circumstances persisted, the Panel held that both parties acted within the scope of the discretion granted to them under their respective statutes and regulations.

"In so holding, the Panel found it unnecessary to characterise the nature of the conflict between Russia and Ukraine, but only to focus on the consequences of such conflict for the competitions affected.

"The Panel finds it unfortunate that the current military operations in Ukraine, for which Russian football teams, clubs, and players have themselves no responsibility, had, by reason of the decisions of FIFA and UEFA, such an adverse effect on them and Russian football generally, but those effects were, in the Panel’s view, offset by the need for the secure and orderly conduct of football events for the rest of the world."

Arbitral Awards and the grounds for the Panel's decisions are expected to be published in the coming weeks.

The International Olympic Committee has recommended that athletes and officials from Russia and Belarus are banned from International Federations' (IFs) competitions, and any planned events moved away from both countries.

The vast majority of Olympic IFs have taken this step, although FIFA and UEFA have allowed Belarusian clubs and national teams to play matches abroad.

Belarus is assisting Russia in the war in Ukraine.

According to the United Nations' latest report on Tuesday (July 12), at least 5,024 civilians have been killed in Ukraine since the launch of what Moscow describes as a "special military operation" on February 24, although it is feared that the true figure is far higher.

More than 9.1 million people have also been forced to flee Ukraine.