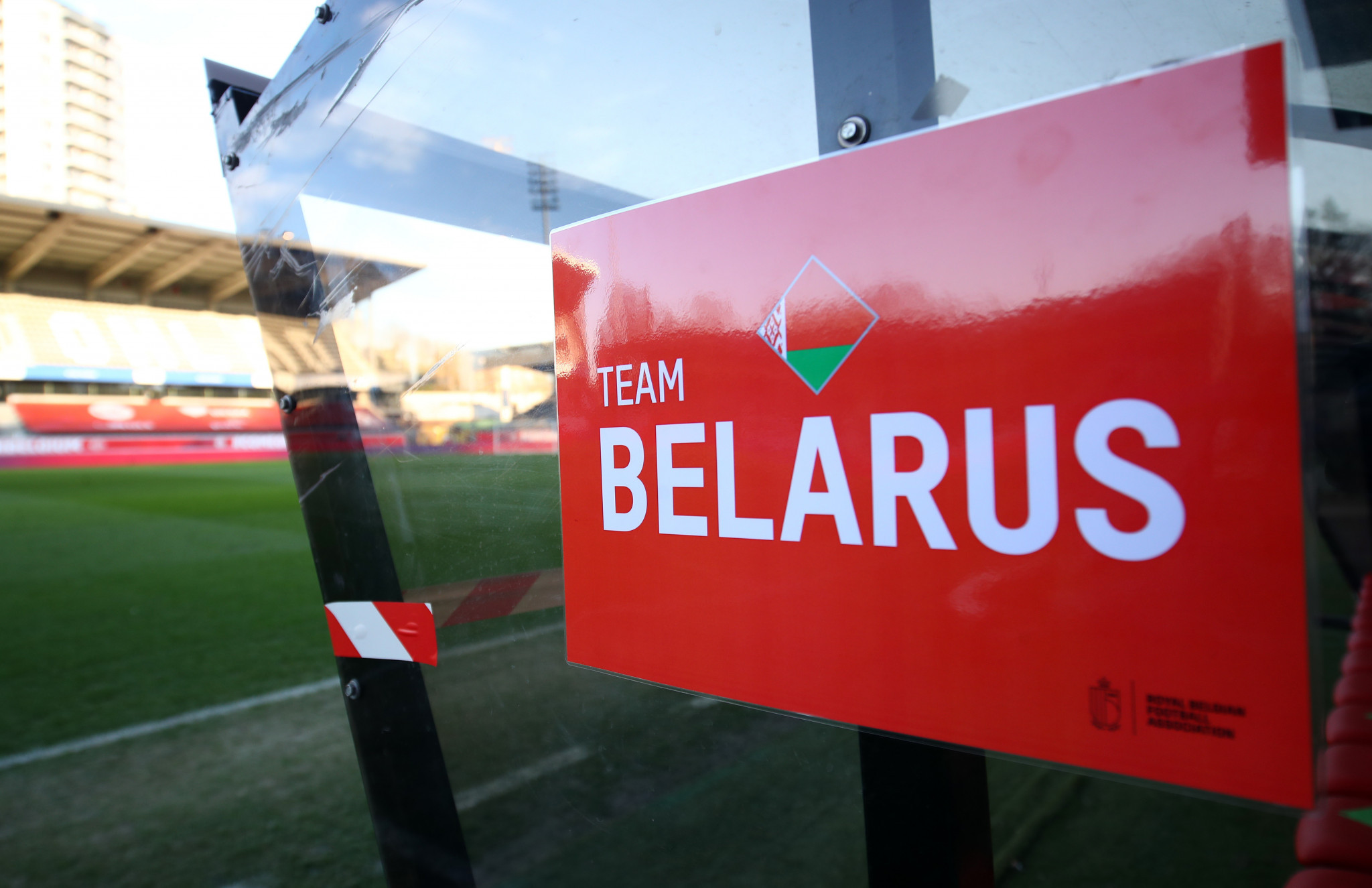 Belarusian national teams and club sides may still take part in UEFA competitions, although European football's governing body has taken steps to ensure they will not play sides from Ukraine.

Athletes and teams from Belarus have largely been frozen out of international sport, following the invasion of Ukraine by Russia with Belarusian support, but UEFA has still not banned Belarus.

FIFA, football's world governing body, has like UEFA banned Russian sides from its competitions but not yet Belarus.

UEFA's Executive Committee passed the decision which stops sides from Belarus playing those from Ukraine "to ensure the smooth running of UEFA competitions as the safety and security of the teams, officials and other participants may not be fully guaranteed due to the existence of a military conflict", said a UEFA statement.

With Belarus national teams not suspended by UEFA, the men's side are free to play Nations League matches next week.

Belarus are due to play Slovakia on Friday (June 3), although the game cannot be played in Belarus.

UEFA has prevented Belarus from hosting any UEFA events because of the war in Ukraine.

Novi Sad in Serbia is instead the planned venue, at Karađorđe Stadium, but fans will not be allowed to attend.

Belarus are scheduled to play Kazakhstan and Azerbaijan at the same venue later in the month.

At least 4,031 civilians have been killed in Ukraine since Russia, aided and abetted by Belarus, launched an invasion on February 24, according to the United Nations.

It fears the true figure is far higher and Russian forces have been accused of war crimes by Ukrainian authorities.

The International Olympic Committee (IOC) has recommended governing bodies ban teams and athletes from the two countries and the majority have, with football's position of banning Russia but not Belarus an exception to the norm.

Russia were expelled from qualifying for the men's FIFA World Cup later this year, while the women's side were removed from the European Championship and replaced by Portugal.

Belarus' authoritarian President Aleksandr Lukashenko is a key ally to Russian President Vladimir Putin and relies heavily on Russia's support, having been the target of mass protests in 2020 and 2021 following his disputed re-election for a sixth term.

Lukashenko, who also led the National Olympic Committee of the Republic of Belarus (NOCRB), was banned from the Tokyo 2020 Olympics by the IOC, which has refused to recognise the election of his son Viktor as the now NOCRB President.