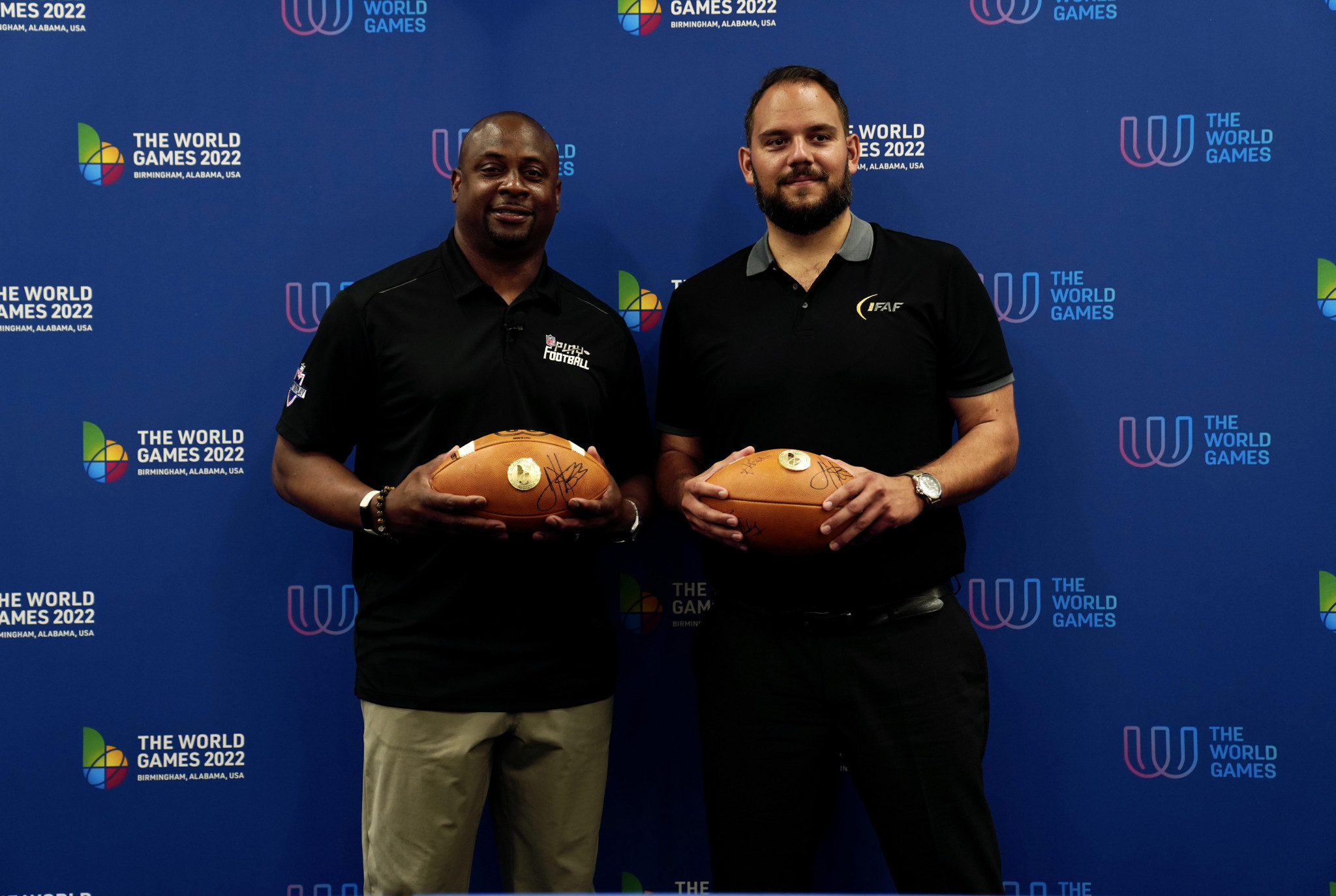 The International Federation of American Football (IFAF) has joined forces with the National Football League (NFL) to launch a bid for flag football to be added to the programme for the Los Angeles 2028 Olympics.

IFAF President Pierre Trochet and Troy Vincent, executive vice-president of football operations of the NFL, have been confirmed as co-chairs of the newly-formed "Vision28" to strengthen efforts for Olympic inclusion.

The announcement was made during the Birmingham 2022 World Games where flag football is making its first appearance at a major multi-sport event.

Vincent said the overall ambition was to ensure flag football becomes "embedded in the Olympic Games."

Flag football is a short, non-contact format of American football played by teams of five and is said to be popular among Generation Z audiences.

"We are excited about the partnership to grow the game of flag football globally," said Vincent.

"I get asked the question all the time 'What is the future of American football?'

"When you think about the game of American football, where do you grow and where do new participants and fans come from, it is flag.

"It’s an inclusive sport and there are no barriers for access with a platform where you don’t have to have equipment.

"It is tremendous for the game of football."

Flag football is the future ??

This week, the sport has made its debut on the world stage at @TWG2022. As flag football expands internationally, the @NFL supports @IFAFMedia’s bid to make it an Olympic sport: https://t.co/TGxHQHZ7Nn pic.twitter.com/hpuy4avNzA

Peter O’Reilly, executive vice-president for club business and league events at the NFL, added: "Flag football is a major priority for our international growth and locking arms with IFAF and partnering with the IOC [International Olympic Committee] on growing together in really powerful ways."

The NFL is a presenting partner of flag football at Birmingham 2022 where eight women’s and eight men’s teams representing 10 countries from across three continents are competing in Alabama.

The Vision28 group is expected to bring together key executives and ambassadors from IFAF, the NFL and American football more widely with the aim of showcasing what flag football can offer to Los Angeles 2028.

"This joint leadership sends a clear message about the strength of our shared belief in everything flag football can bring to the Olympic Games and the Olympic Movement," said Trochet.

"Flag is one of the world’s fastest-growing sports for a reason.

"Flag will be a statement pick for LA28, embodying the vision of new-era Games at the nexus of sports and entertainment.

"We have seen a glimpse of all that potential here at the World Games."

Provisionally recognised by the IOC, the IFAF is a member of the Global Association of International Sports Federations and a signatory of the World Anti-Doping Agency.

Trochet said the IFAF needed to demonstrate good governance and enhance sustainability and diversity to help its bid to gain full recognition by the IOC.

"The work started in the early 2000s with our first World Cup but now it has grown in every continent," said Trochet.

"We are becoming a global organisation."

Diana Flores, an athlete ambassador for the IFAF who is a member of the Mexican women’s national team, added: "As an athlete it is my dream to see flag football in the Olympic Games - to see the game that I love represented on sport’s greatest stage.

"It would truly be the highlight of my life to represent my country at Los Angeles 2028."