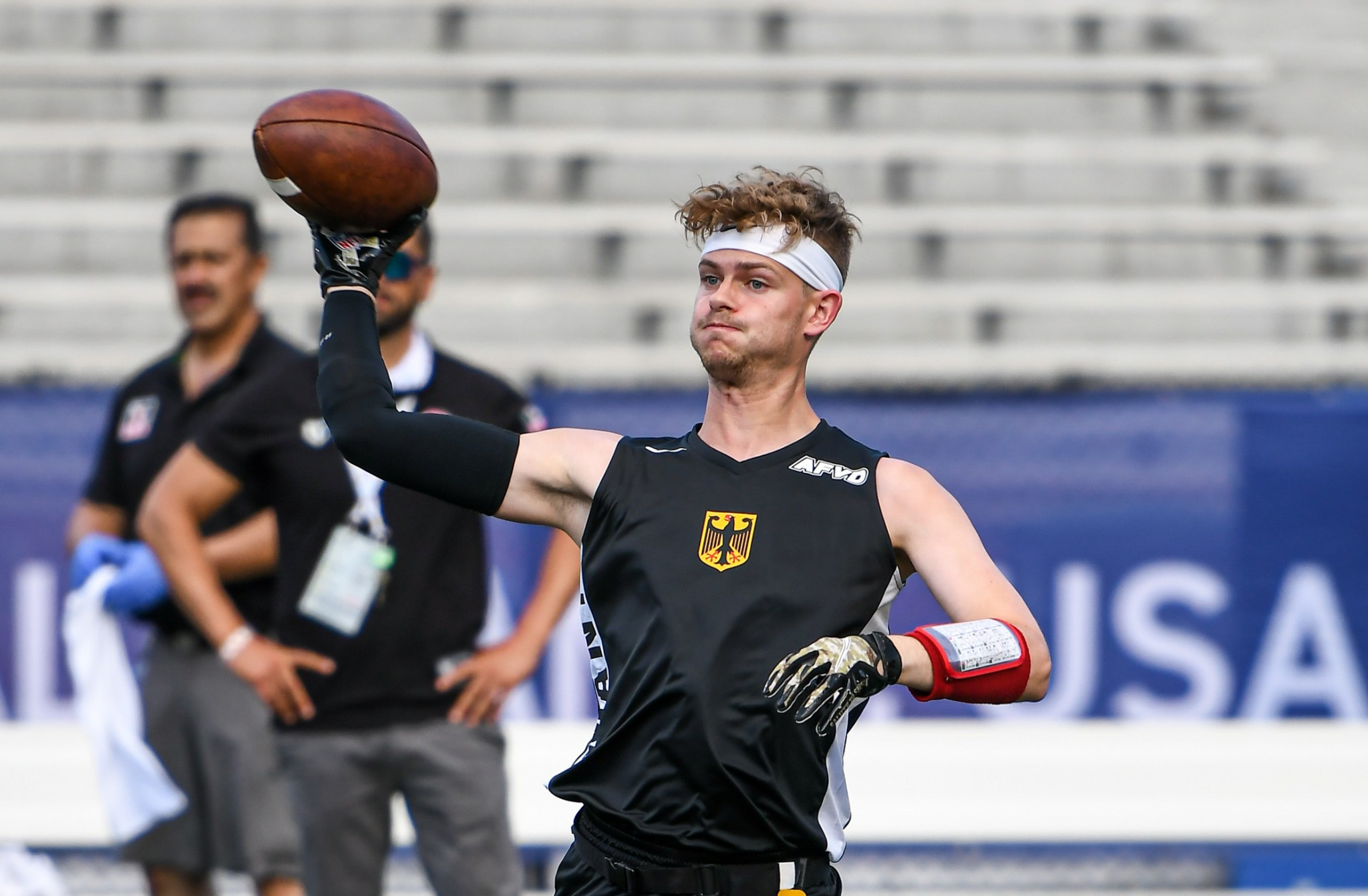 Germany has withdrawn from the men's flag football tournament at the Birmingham 2022 World Games after reporting five positive COVID-19 cases in its camp, it has been confirmed.

The country was scheduled to play against the United States today at Legion Field but the hosts will now progress to the semi-finals.

Out of the five cases, three are athletes, according to the International Federation of American Football (IFAF).

It has also been confirmed by the IFAF that all affected individuals are now self-isolating within the Athlete Village in line with the Games' protocols and close contacts have been notified.

The only other impact on the schedule was a classification match which has also been cancelled.

The loser of the quarter-final fixture was set to feature in that game.

"We are very disappointed for team Germany and send our best wishes to those affected for a speedy recovery, and to all the players whose tournament has ended prematurely," said IFAF President Pierre Trochet.

"We are confident in the measures implemented by the Local Organising Committee to ensure this outbreak is monitored and contained - and that the tournament will continue as scheduled."

The US are set to take on Austria in the men's semi-finals, following their 18-7 victory over Panama.

Austria's all came through three receiving touchdowns by Daniel Hochleitner from passes by Felix Wasshuber.

In the other half of the draw, Italy trailed three times to France in the first period, but staved off an upset with a narrow 41-38 win.

The Group A winners are set to face Mexico in the semi-final following their impressive 34-18 victory over Denmark, a match in which all the points came in the first period.

Mexico took on France in the first game of the day and delivered a crushing 41-6 win in the women's quarter-finals.

Silvia Contreras was on the receiving end of two of those while she also grabbed one from Andrea Delgadillo.

France's only score came from Louisa Ajayi who was the target of a Lucie Houret pass.

The next women's knockout fixture saw Austria beat Japan 39-32 in a cat-and-mouse affair.

Austria scored two unconverted touchdowns and from then on the two teams traded scores, neither able to produce a stop.

Mexico are due to play Panama in the semi-finals, following their 33-13 win against Italy.

The US await Austria, after the hosts eased past Brazil 32-7, Sheneika Comice found by Vanita Krouch for four receiving touchdowns.

The semi-finals are due to be held tomorrow.