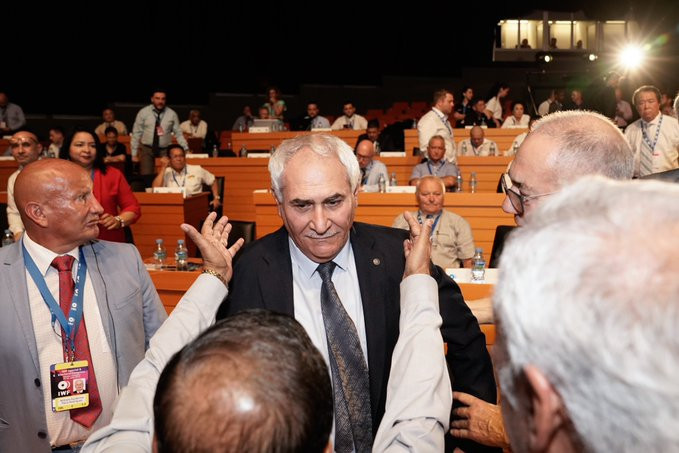 The International Weightlifting Federation (IWF) does not have an elected President and should restage the recent elections that were described as "a circus" by the current IWF general secretary.

That is the view of four voting delegates who have demanded that results of the electoral congress in Albania on June 25 and 26 be declared null and void.

If that does not happen the four will take the case to the Court of Arbitration for Sport (CAS) and, according to one source, to the Swiss judiciary.

The four - Willian Ozuna from Dominican Republic, Ali Moradi from Iran, Siarhei Samuseu from Belarus and Maxim Agapitov from Russia - said the elections were held "in gross violation of the principles of democracy, transparency, accountability and fair play".

There were abuses of the IWF Constitution throughout the two-day Congress, held in Tirana, the four have claimed in a letter sent to the IWF secretariat, the Electoral Commission chair Gabriel Nigon and electoral manager Olivier Ducrey.

The main one concerned the announcement of Iraq's Mohammed Jalood as IWF President when he did not poll a single vote, the letter states.

After nine candidates withdrew only two were left, Jalood and Yousef Al-Mana from Qatar.

When Jalood appeared to withdraw too, Al-Mana said that he should be declared the winner - but after heated arguments in the auditorium, proceedings were halted while the Electoral Commission made its deliberations.

It ruled that it was not clear that Jalood had withdrawn, and he could therefore stand.

Al-Mana then withdrew himself, and Jalood was declared President - against the IWF’s rules.

Even when only one candidate is standing, he or she must poll more than 50 per cent of the votes to be declared winner.

There was another aberration when José Quinones of Peru was declared IWF general secretary, despite not having polled enough votes for outright victory.

The four also claim that the number of votes polled by candidates standing for a wide range of roles were never made public, and when they were the cumulative total did not always match the number of delegates who voted.

The total number of eligible voting delegates was never declared, they allege, and those who voted online were never identified - a clear lack of transparency that led to a lack of trust in the proceedings.

The Congress was "completely undermined… because it was not publicly declared how many ballots ended up in the ballot box, how many valid and invalid votes were cast, or how many for each candidate".

The letter also pointed out that "a number of candidates" had not had a fair chance to campaign for various roles because they had originally been declared ineligible "by the so-called ‘IWF Eligibility Determination Panel’, acting on behalf and for the IWF".

This referred to Russian candidates, including Agapitov, who lost his seat on the IWF Board in Tirana.

Russia successfully challenged the ineligibility decision, which was based on historic doping cases, at the CAS "just two days before the start of the Congress".

They did not have any chance to run a proper electoral campaign and were at "a clearly unfair disadvantage to other candidates", the letter said.

Besides the complaints from the four who signed the letter, the Tunisian candidate Mohammed Ben Amar has written to ask the IWF for an explanation after his candidacy for a seat on two commissions was withdrawn by a third party - without his authority.

Ben Amar was an online delegate while the man who shouted "withdraw" after his name was announced was in Tirana.

Another unsuccessful candidate, Abdullah Al-jamarl from Yemen, said, "What happened was catastrophic - it was not a Congress, it was a bazaar.

"This is not finished and I am sure it will go to a Swiss court.

"We have a President without a vote.

"What will the International Olympic Committee think of this?

"Nobody was told how many votes they got on the day, nobody knew how many people were voting and I have no trust in the Electoral Commission in charge of the proceedings.

“I have registered my objection to the results with the IWF Ethics and Disciplinary Commission.

"We need elections with transparency, not the fish market that we saw in Tirana where everything was for sale."

The IWF claimed that the complaints were in the process of being dealt with by its Ethics and Disciplinary Commission.