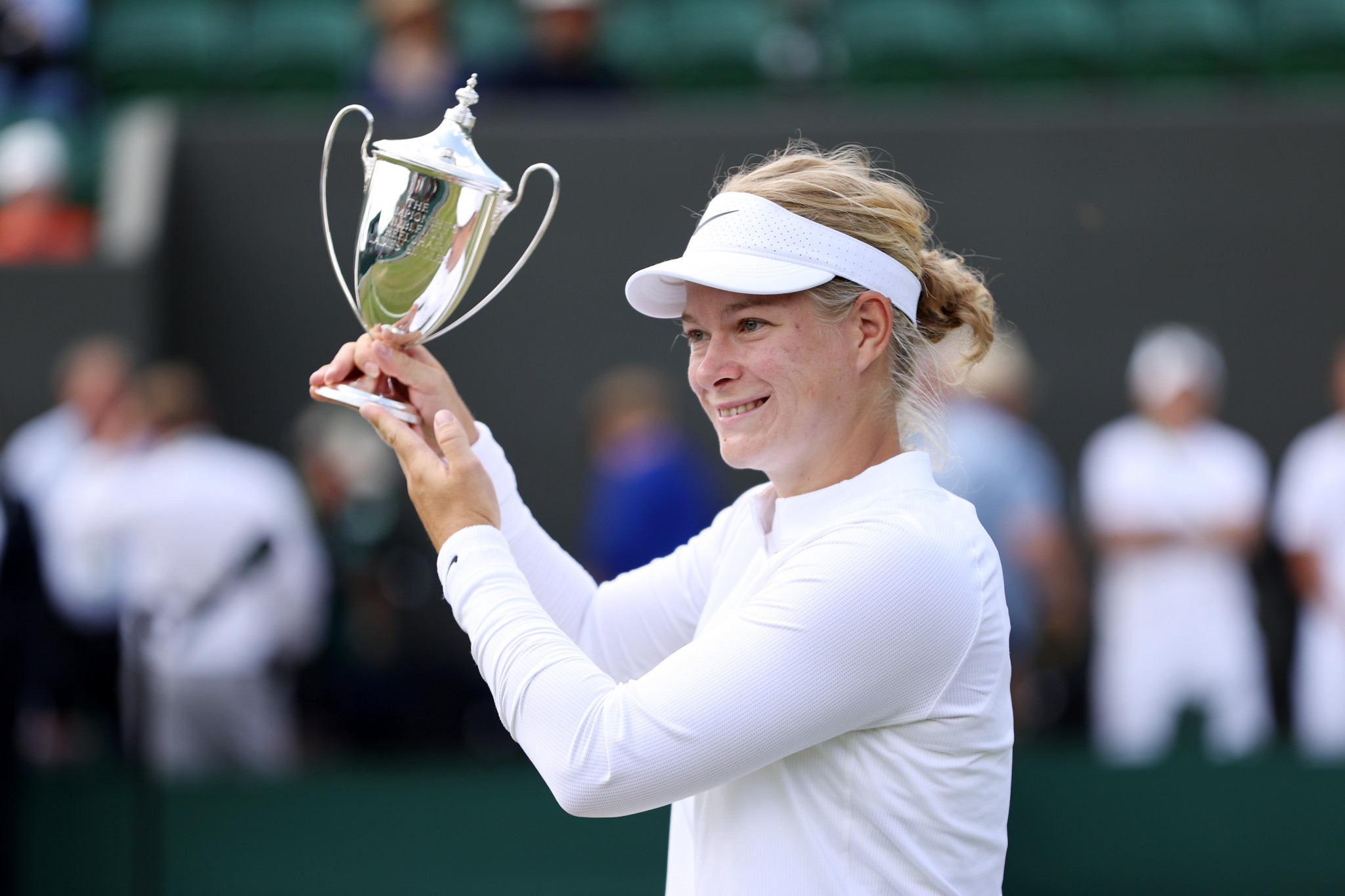 She is also on track to win a calendar year Grand Slam, a feat she achieved for the first time last year along with the Paralympic Games gold medal.

It was a repeat of the women's singles at Tokyo 2020, in which De Groot also defeated Kamiji, that time on her opponent's home soil.

De Groot has four Wimbledon titles - the most of any wheelchair women's singles player - and is second on the all-time list for women's Grand Slam wins behind her compatriot Esther Vergeer, who claimed 21 during her career.

The second seeds won 6-3, 6-1, being the first winners of a Grand Slam that were not Hewett and Reid, since Joachim Gérard of Belgium and Sweden's Stefan Olsson were crowned Wimbledon champions in 2019.

Hewett and Reid had won 10 titles on the bounce, dating back to the 2019 US Open.

The Netherlands quad top seed Niels Vink is into the final tomorrow, following a 7-6, 6-1 victory over Australian Heath Davidson.