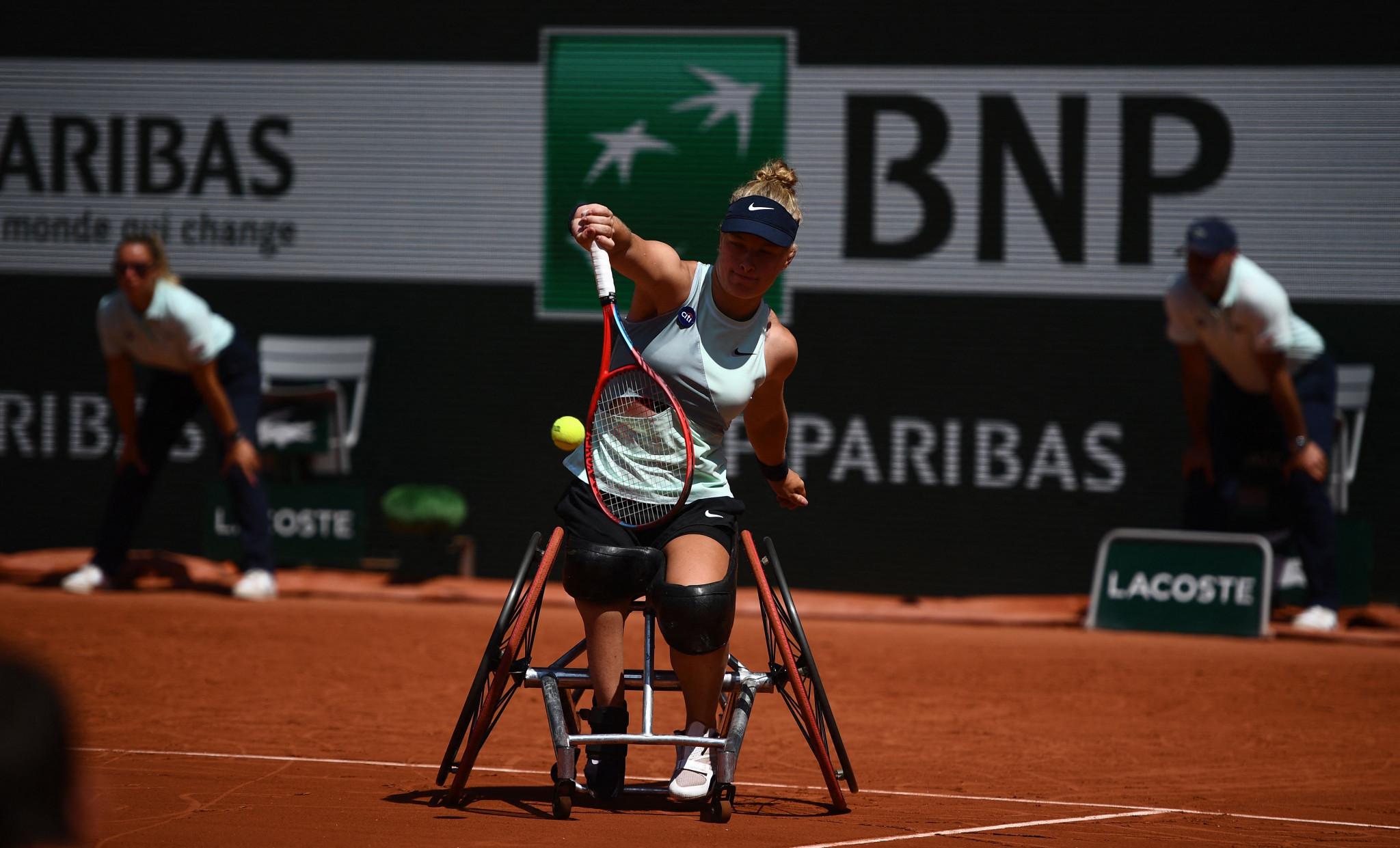 Diede de Groot and Shingo Kunieda both added to their wheelchair tennis Grand Slam trophy haul at the French Open, although the quad singles and men's and women's doubles finals are set to run into tomorrow after play was interrupted by rain.

She beat four-time French Open winner Yui Kamiji of Japan, a singles silver medallist at Tokyo 2020, 6-4, 6-1 in the final.

De Groot hopes that the sport can continue to grow from strength-to-strength, building on staging the final at the main arena.

"I have to say I think we are very lucky at this moment that all of the Grand Slams are really picking up wheelchair tennis," she commented.

"Where it's now a really big thing and really special, I hope that it just becomes normal.

"Like, 'oh, yeah, it's first the wheelchair tennis, then it's Rafael Nadal'.

"Maybe it never will, but I think the way we are moving at the moment, I think it's a really nice time to be a wheelchair tennis player."

The men's singles final was a three-set thriller which lasted two hours and 41 minutes, with Japan's three-time Paralympic singles champion Kunieda triumphing at Roland Garros for the first time since 2018.

He claimed his second Grand Slam of the year and the 27th of his career at the expense of doubles partner Gustavo Fernández of Argentina.

The quad singles final between top two seeds Niels Vink and Sam Schröder, both of The Netherlands, entered a second-set tiebreak when the match was suspended due to the weather.

With the pair locked at 6-6 in the second set, Australian Open champion Schröder led 2-0 in the tiebreak when play was brought to a halt.

The deciding third-set tiebreak in the women's doubles final was even further advanced when the match was suspended.

The tiebreak in the third was level at 4-4 when play ended for the day.

Both matches are scheduled to finish tomorrow, with the women's doubles final to be followed by the men's doubles decider between Britain's Alfie Hewett and Gordon Reid, and Fernández and Kunieda.