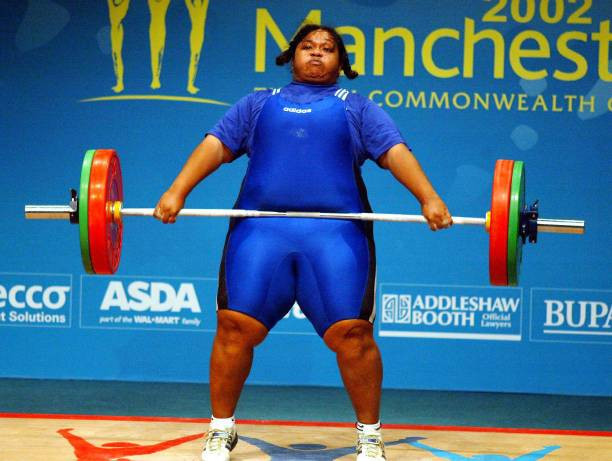 Reanna Solomon, a mother of five from Nauru who competed at the Olympic Games and remains her country’s only female gold medallist in any sport at the Commonwealth Games, has died from COVID-19 at the age of 40.

Hers is the first recorded COVID-related death in Nauru, the Pacific island with a population of about 11,000.

"Apart from being a great athlete, Reanna was a devoted mother and wife and has sadly left behind her husband Tavita and their five children," said Paul Coffa, the former national coach of Nauru’s weightlifters who is general secretary of the Commonwealth Weightlifting Federation.

"Reanna won two gold medals at the Manchester Commonwealth Games in 2002, in clean and jerk and total in the super-heavyweights.

"She competed at the 2004 Olympic Games in Athens placing 10th, after which she retired.

"Reanna was a superb athlete, naturally strong, who started competing in weightlifting in the 1990s.

"She won three gold medals at the 2003 Pacific Games and was many times Oceania champion."

Coffa said Solomon’s victory at Manchester 2002, where she won by making her final clean and jerk of 127.5 kilograms to finish ahead of the Australian Caroline Pileggi, was "one of those events that will stay in my mind forever".

Only two other Nauruans, both male and both also weightlifters, have won gold medals at the Commonwealth Games - Marcus Stephen and Yukio Peter.

Stephen, whose popularity as a weightlifter helped him to become president of Nauru from 2007 to 2011, said Solomon had "set the standard for our female lifters to follow".

Nauru had zero positive cases in the first outbreak of COVID but more than half the population have tested positive in the Omicron outbreak.

Latest figures show that more than half the population have tested positive, and nearly 4,000 Nauruans are in lockdown.