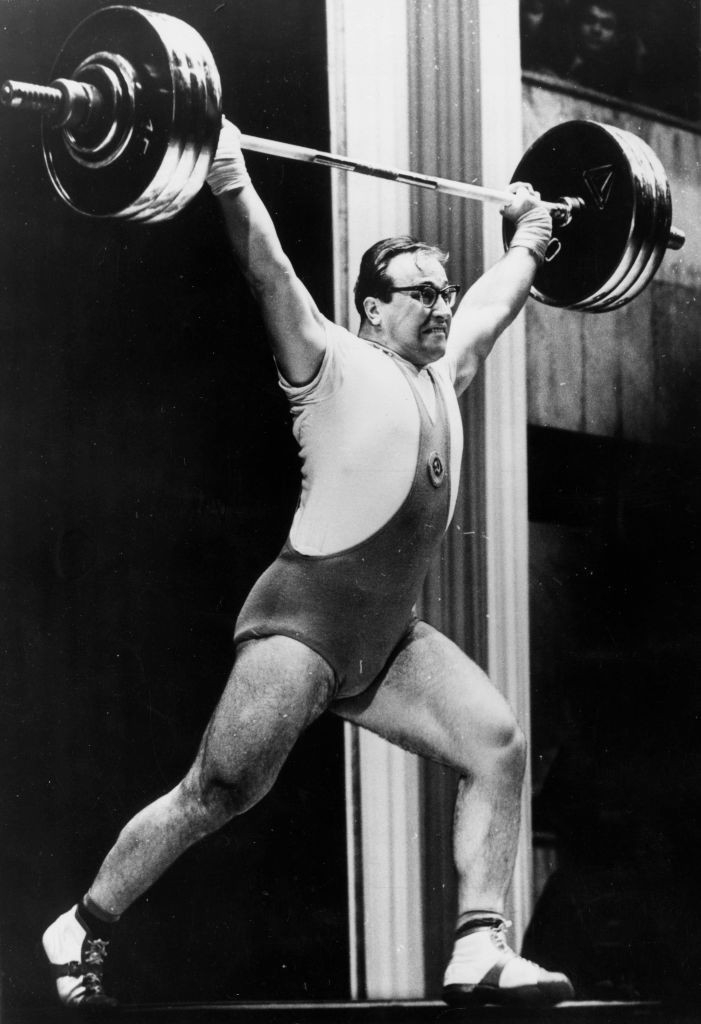 Yuri Vlasov, one of the all-time greats of weightlifting who later stood against Boris Yeltsin and Mikhail Gorbachev in the first Presidential election in post-Communist Russia, has died aged 85.

The European Weightlifting Championships in Moscow from April 3 to 11 will be dedicated to the memory of Vlasov, an Olympic champion and multiple world record holder for the Soviet Union.

David Rigert, the 1976 Olympic champion and another of the great Soviet lifters, said: "He was the idol of millions of athletes and to some he was even the founder of Russian weightlifting."

Andrei Chemerkin, the last Russian to win a super-heavyweight Olympic gold medal, at the Atlanta 1996 Games, said: "It is very sad that such a legend passed away.

"With his departure, the great era of Soviet weightlifting of the 60s ended."

Vlasov, a poetry lover and accomplished writer even during his career as an athlete, was the first weightlifter to clean and jerk more than 200 kilograms.

Although he was a super-heavyweight he hated the idea of being fat and conceded a huge weight advantage to most of his rivals.

Unlike many super-heavyweight weightlifters, Vlasov was an intellectual - and in his horn-rimmed spectacles he looked like one on the platform.

He would recite a few lines of poetry before a lift, and in an interview in the 1980s he said: "Words are the best kind of doping."

"This is a great loss for all Soviet and Russian sports," said Russian Weightlifting Federation President Maxim Agapitov, who described Vlasov as "a great athlete, great writer and legendary man".

Vlasov was was the main inspiration for Arnold Schwarzenegger’s love of strength sports.

When Schwarzenegger was a 14-year-old beginner in weightlifting in his native Austria, his coach introduced him to Vlasov at the 1961 World Championships in Vienna.

When he went to Moscow as a Hollywood star in 1988 to film Red Heat, Schwarzenegger insisted on meeting Vlasov again and, after an arm-wrestling session in a gym, he signed a photo "To my idol."

Schwarzenegger recalled of that 1961 meeting that Vlasov looked like an intellectual but also that he was "just a monster".

Vlasov won that world title by a margin of 50kg ahead of Richard Zirk, one of many Americans who were beaten by him.

"He had incredible strength, determination and endurance," said Schwarzenegger.

"And I said to myself this is exactly what I need, this is what I want to become!"

Vlasov, who sometimes weighed 50kg less than his rivals, bettered the 200kg mark for the first time in winning Olympic gold in Rome in 1960 ahead of two Americans, Jim Bradford and Norbert Schemansky.

He was Flagbearer for the Soviet Union in Rome and again in Tokyo four years later, where he felt he was tricked by Zhabotinsky, whose tactics he deemed unfair.

Zhabotinsky pretended to concede defeat and skipped a lift, but all the while was planning to make one final huge winning lift, which he did.

Vlasov would later write: "I was choked with tears.

"I flung the silver medal through the window... I had always revered the purity, the impartiality of contests of strength.

"That night, I understood that there is a kind of strength that has nothing to do with justice."

He never liked the word "strongman" and disdained weightlifters who focused too much on classic strength training.

"Unfortunately, huge bodyweight remains something that people consider a sign of strength on the platform," Vlasov once said.

In one of his books, The Justice of Power, he wrote: "Athletes with enormous body weight are deprived of the opportunity to exercise normally.

He also used the book to emphasise the importance of the legs in lifting weights.

"The most productive and, therefore, important muscles in weightlifters are the extensors of the hip, lower leg, and foot," Vlasov wrote.

"The results in the snatch and clean and jerk depend on the strength of the legs."

From 1962 he doubled up as a specialist correspondent for the newspaper Izvestia when he was competing abroad.

His first book, Overcome Yourself, was written in 1964, when he was still trying to win Olympic gold.

In 1968, after military service, he retired as a weightlifter because he wanted more from life than the temporary fame of being a sportsman.

"Even if it was tough to live in poverty, to get published, I did not want to depend on sport," he said.

@Schwarzenegger Sad news
Olympic weightlifting champion Yuri Vlasov has died at the age of 86
Bright memory of the great athlete...

He wrote many novels, the best-known of which were the three that made up the Flaming Cross trilogy (1991–93) set during and after the Russian Revolution.

His books were translated into several languages.

Vlasov suffered severe illness and was in extreme pain because of weightlifting injury that plagued him for years, he revealed in an interview for Pravda in 1986, during a two-year stint as President of the Russian Weightlifting Federation.

"First, I lost senses in my legs - the result of a spine injury on the platform.

"Later on, the brain spasms began ­- the doctors said there is no cure for that.

"Then, it was diabetes, and I was coming down with one flu after another - it was torture, living with fever all the time.

"I couldn't sleep more than two hours a day."

But Vlasov used his mental strength, and weightlifting, to get back into physical shape.

"I hated myself that I let all diseases take over…I switched to this system of running the body with the will.

"I studied all existing systems of physical recovery, developed my own system and began training (in weightlifting) again."

He recovered, regained his fitness, and went on to make a success of his literary career before entering politics because of his "inhuman strength and life energy".

Vlasov was sometimes critical of the Soviet regime, and in the post-Communist era he became a successful politician, being elected to the State Duma in 1993.

He stood as an independent in the 1996 election, as did Gorbachev, but Yeltsin was a clear winner.

Vlasov described his politics as "people’s patriotism" and his comments of "a Zionist conspiracy" were seen as anti-Semitic.

"There is only one single force that is able to unite almost all and at the same time become the ideological basis of the Russian state - popular patriotism," he said.

For the first five summer Olympic Games in which they competed, from 1952 to 1968, the Soviet Union had a weightlifter as Flagbearer at the Opening Ceremony, which underlines the cultural importance of the sport in Russia.

Vlasov spoke of it when he said: "I would have never have become an athlete without the noble traditions of Russian strength.

"I believed that it was my mission to set an example of courage and indestructibility for the people."