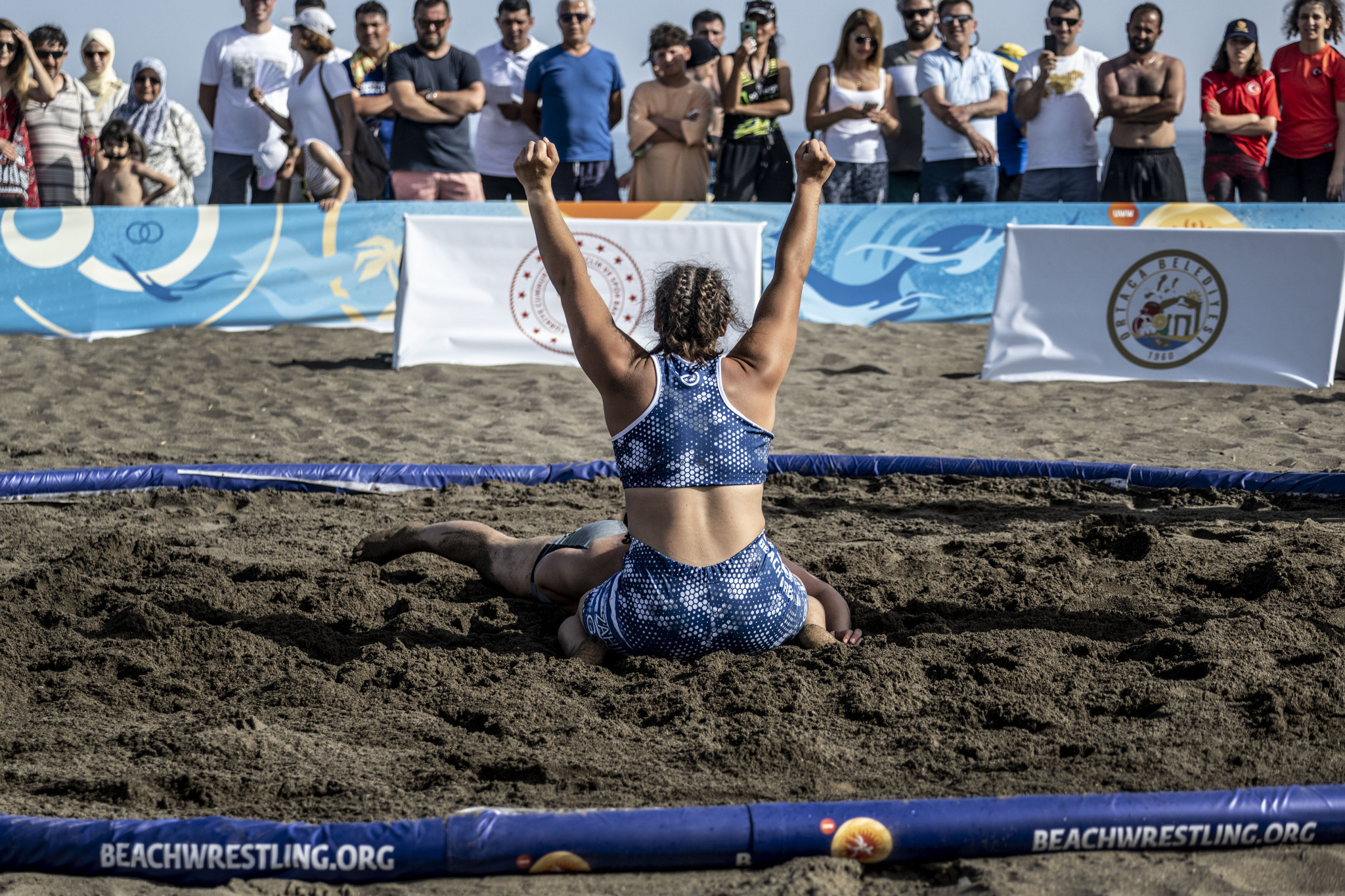 The Beach Wrestling World Series is returning to France with the third leg of the season set to take place on Cousteau Beach in Saint Laurent du Var.

Romania's Stefania Priceputu is one of the favourites on the Côte d'Azur and is looking to continue her domination of the women's under-50-kilograms division as she is yet to taste defeat in the series.

Turkish pairing Emine Cataloglu and Hatice Tekin are likely to be her main competitors for gold.

Ukraine's women were in fine form in the last event, which took place in Spain, as they won three of the four weight divisions and had double finalists in the 60kg division.

Spain had a great debut to the World Series in Sanxenxo and they have entered six athletes in France to try and build on that performance, including the men’s top technique winner from last time out Carlos Iglesias and Mohammad Mottaghinia who took home silver in the men’s under-80kg division.

There is another team making their 2022 bow in the competition as Morocco join the event with a team of ten scheduled to take part.

In France, there are not only points available for the world rankings, but also for the qualification for the Association of National Olympic Committees World Beach Games 2023 in Bali.