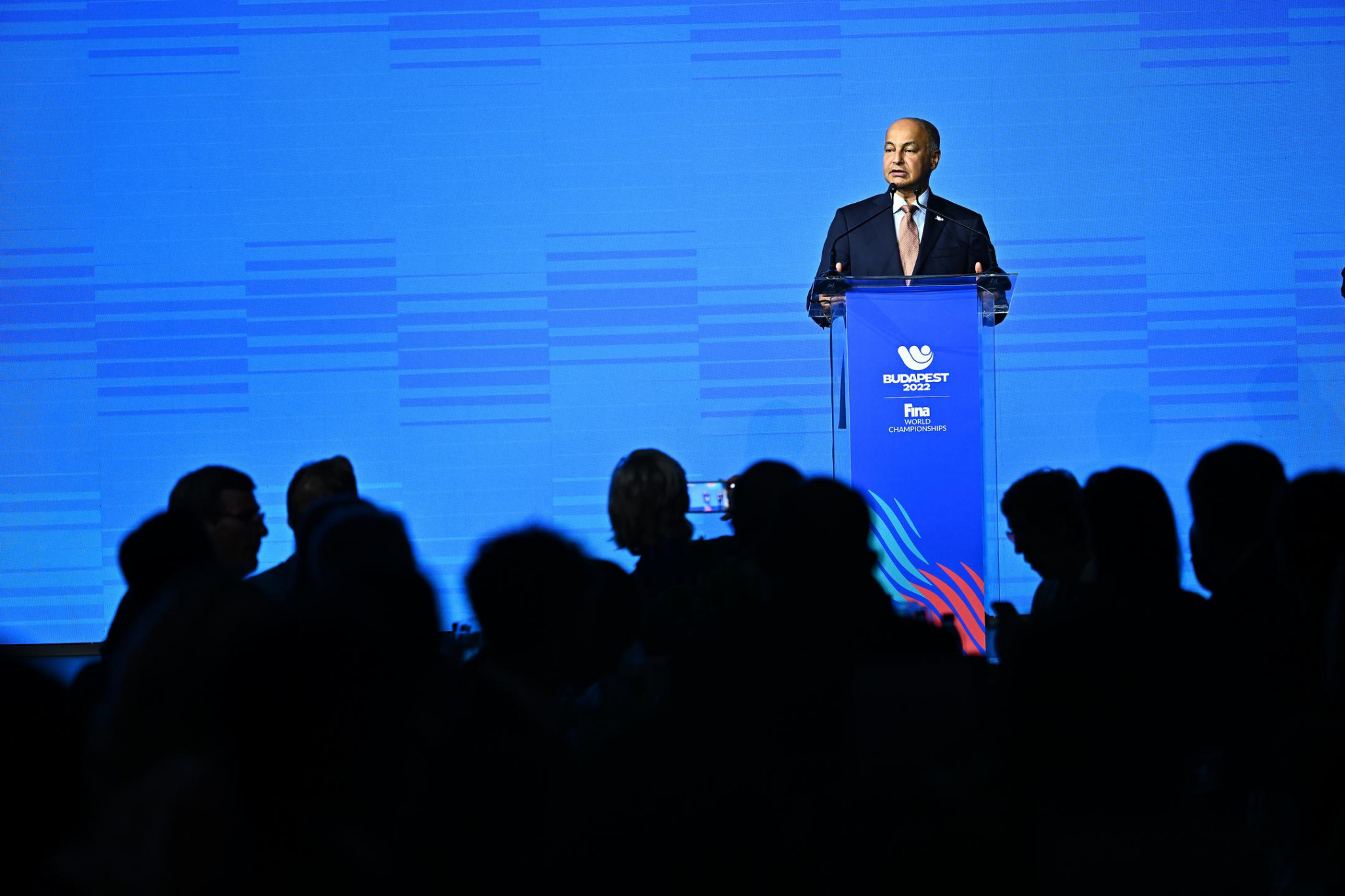 Staged at the Museum of Fine Arts in Budapest, the event was organised to celebrate the staging of the FINA World Championships, which have returned three years on from the last edition in Gwangju in 2019.

Hungary's capital was only awarded the World Championships in February, after Fukuoka was forced to delay its staging of the event until 2023 due to the COVID-19 pandemic.

This is the first time FINA has held its flagship event under the Presidency of Kuwaiti official Al-Musallam, elected in June of last year.

During his speech at the gala, Al-Musallam reiterated praise for the efforts of organisers.

"I would like to thank everybody who worked so hard to make the 19th FINA World Championships a reality and a huge success," Al-Musallam said.

"Thank you to the city of Budapest, the Organising Committee and the Government of Hungary for all their hard work.

"This was not an easy task.

"It was a huge challenge for both the Organising Committee and FINA.

The sporting action has been marked by swimming world records set by Hungary's Kristóf Milák and Thomas Ceccon of Italy, further success for legendary athletes Katie Ledecky of the United States and Sweden's Sarah Sjöström, and two gold medals for rising stars Summer McIntosh of Canada and David Popovici from Romania.

Al-Musallam commended all participants at the World Championships for their efforts.

"After two difficult years during the COVID-19 pandemic, we have seen incredible performances from the athletes," he said.

"I would like to thank every athlete, every coach and every official for giving everything to come here and compete."

The gala also featured contemporary dance displays, a flash mob and a series of musical performances.

Senior Organising Committee officials addressed those in attendance, and exchanged gifts and commemorative plaques with FINA.

The FINA World Championships are set to run until Sunday (July 3).