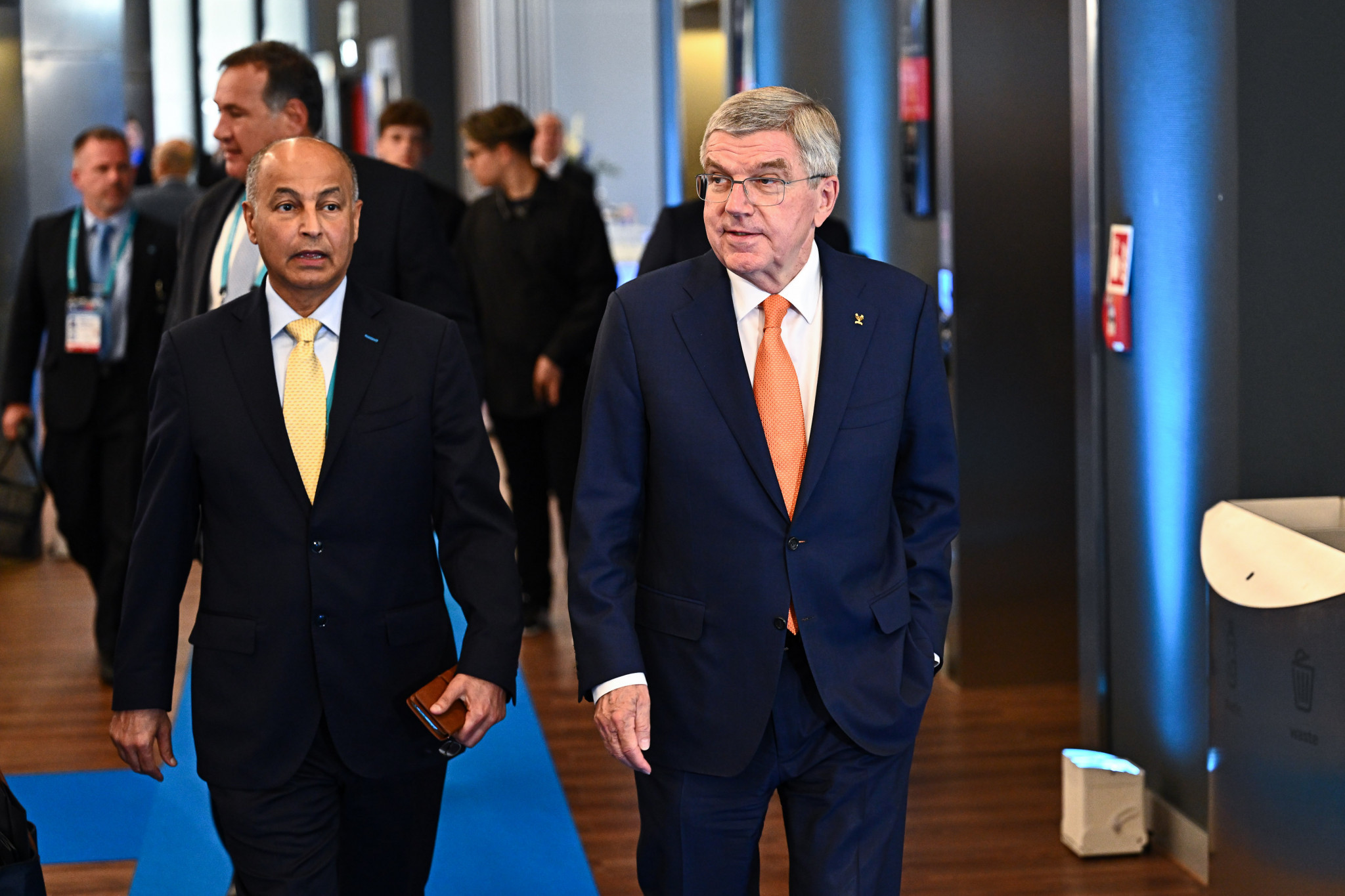 Bach travelled to the Hungarian capital Budapest to attend the Opening Ceremony of the World Championships, and watched early competition in swimming and artistic swimming.

He also attended the FINA Extraordinary Congress at the Puskás Aréna, where the governing body took a landmark decision to require transgender athletes to have completed transition by the age of 12 to be eligible for women's events.

FINA's reforms under Al-Musallam, elected in June last year, were praised by Bach, although he called on the organisation to join the United Nations Sports for Climate Action framework.

Al-Musallam thanked Bach for travelling to Budapest "on behalf of the FINA family, including all our athletes", and claimed that delegates at the Extraordinary Congress were "inspired by his vision for the future".

"FINA is more committed than ever to being a close partner of the Olympic Movement, and we are extremely appreciative of the support that we receive from the IOC," said Al-Musallam.

During his visit to Hungary, Bach met with the country's Prime Minister Viktor Orbán and President Katalin Novák, who was elected last month.

Bach praised Orbán for the development of sport in Hungary, and commended organisers of the World Championships for their work at short notice, having only been awarded it in February after Fukuoka was forced to delay its staging of the event until next year due to the COVID-19 pandemic.

"Hungary have not only had success in the Olympics with the athletes, but they have also proven to be excellent organisers," he said.

"In the last couple of years, they have organised countless World Championships, European Championships and World Cups, and they were all very successful.

"And then on top, there are the successful Hungarian athletes, who I think are great role models for the Hungarian people to practise sport themselves.

"So it's really a good experience to be back in Hungary."

The IOC President was joined by Hungarian IOC members Daniel Gyurta and Pál Schmitt, who is set to become an honorary member from January 1 2023, and the Hungarian Olympic Committee President Zsolt Gyulay on his visit to the Presidential Palace to meet Novák.

The FINA World Championships in Budapest are due to run until July 3.

The city is set to host the World Championships again in 2027, which would make it the first to have staged the event three times.