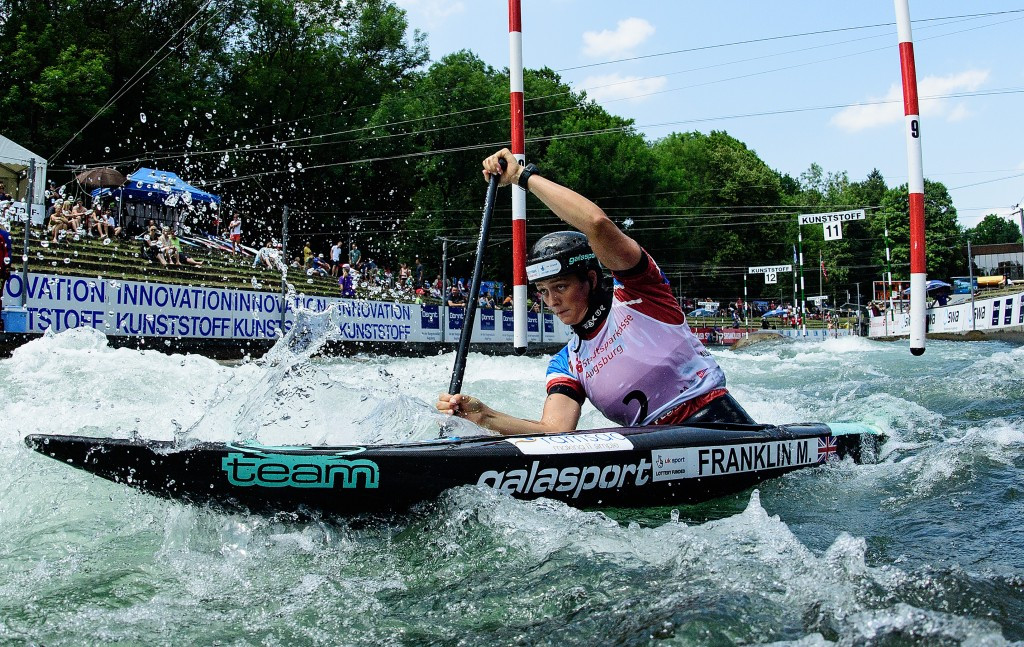 There were also gold medals for The Netherlands' Martina Wegman and Chris Bowers of Britain in the women's and men's extreme slalom finals.

Less than one second split the top five in the men’s C1 final, with Olympic champions Benjamin Savšek of Slovenia and Frenchman Denis Gargaud Chanut ruling themselves out of gold medals with gate touches but took silver and bronze after 1min 33.18sec and 1:33.49, respectively.

Gestin, who won the under-23 world title on the same course in 2019, clocked in after 1:33.14 with no penalties to better his silver from Prague last week.

"Last week my coach said to me there was one step more, so I am happy to take this step today," Gestin said.

"But sometimes with your paddle you can do something great.

"This year my goal was to learn how to win in a senior event, and now I have done it."

In the women’s final Franklin had a nervous wait for her gold, with reigning Olympic champion Jessica Fox of Australia the final paddler on the course.

But when Fox missed a gate and had to paddle back upstream, Franklin knew the title was hers.

France's Marjorie won silver with 1:44.48 on the clock ahead of Czech Republic athlete Martina Satkova's 1:47.83.

"It’s been a really cool day, obviously nice to win on my birthday, but I was just really happy to make the final and go out and do my best," Franklin said.

"I’m not a massive fan of these venues to be honest, I do like Prague for the atmosphere, so I think here I just wanted to keep trying to progress on what I’ve done over the years."

In the extreme slalom, Czech Tereza Fiserova crossed the line first in the women’s final but was disqualified for not rounding a gate.