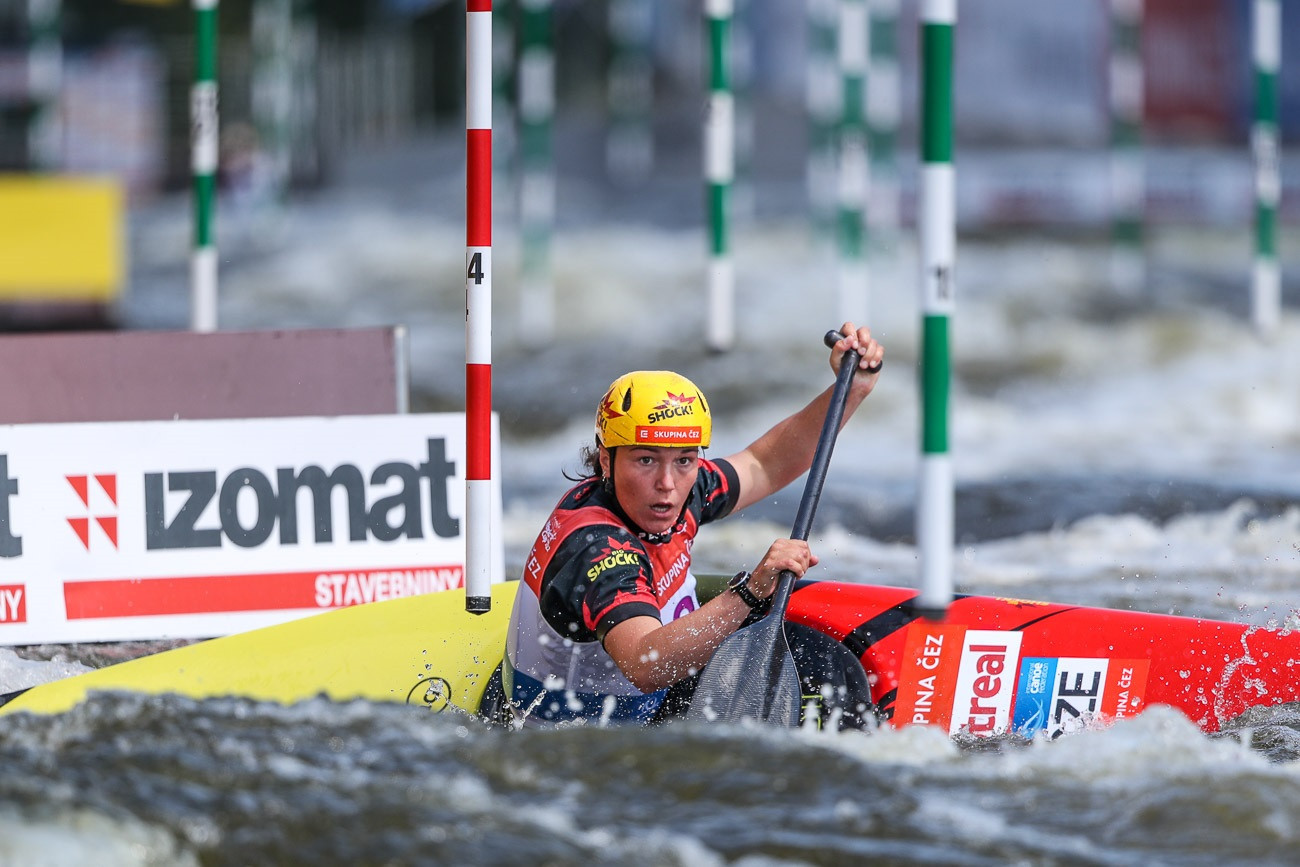 The Czech canoeist delighted the home crowd when she won the women’s C1 title before capturing the women’s extreme K1 crown.

Fišerová, a two-time world and European champion, clocked a winning time of 1min 51.8sec in the women’s C1 final.

Germany’s Elena Lilik picked up two penalties as she finished in 1:52.8 to claim silver, while Martina Satková ensured another medal for the host nation.

"I think doing the K1 helped me, because I knew where the gates were," said Fišerová.

"It’s such a good feeling, winning in front of people who support me, it’s amazing. It was so hard for me because I was starting from the last position, so I was really nervous.

"It was hard to concentrate during my run, but I did it.

"I don’t even know what I did on my run, but I will go back and watch the video."

Fišerová then emerged victorious from the extreme competition - a discipline that is set to make its debut at the Paris 2024 Olympics.

The 24-year-old suffered a blow to the head in the semi-finals but refused to let that affect her as she came out on top in the final.

Just 24 hours after Peter Kauzer broke through to give Slovenia gold in the men’s K1 event, teammate Luka Božić made it a golden double with a hard-earned win in the men’s C1 competition.

Božić claimed victory in 1:37.75, seeing off the challenge of France’s Nicolas Gestin and Lukáš Rohan of the Czech Republic.

"It was a perfect day, I’m really happy because my time has come back, and that I was able to make a good clean run again after a long time," said Božić.

"Last year I was on the podium, but I didn’t feel good over the season.

"I was feeling really good during the winter and the first races this year, but in the Europeans and my selection races I had some problem with my feeling in the boat.

"But now I’m back to my old mood, I am feeling good in the boat and I can keep pushing to the end."

The last race of the day saw Stefan Hengst of Germany triumph in the men’s extreme K1 final.