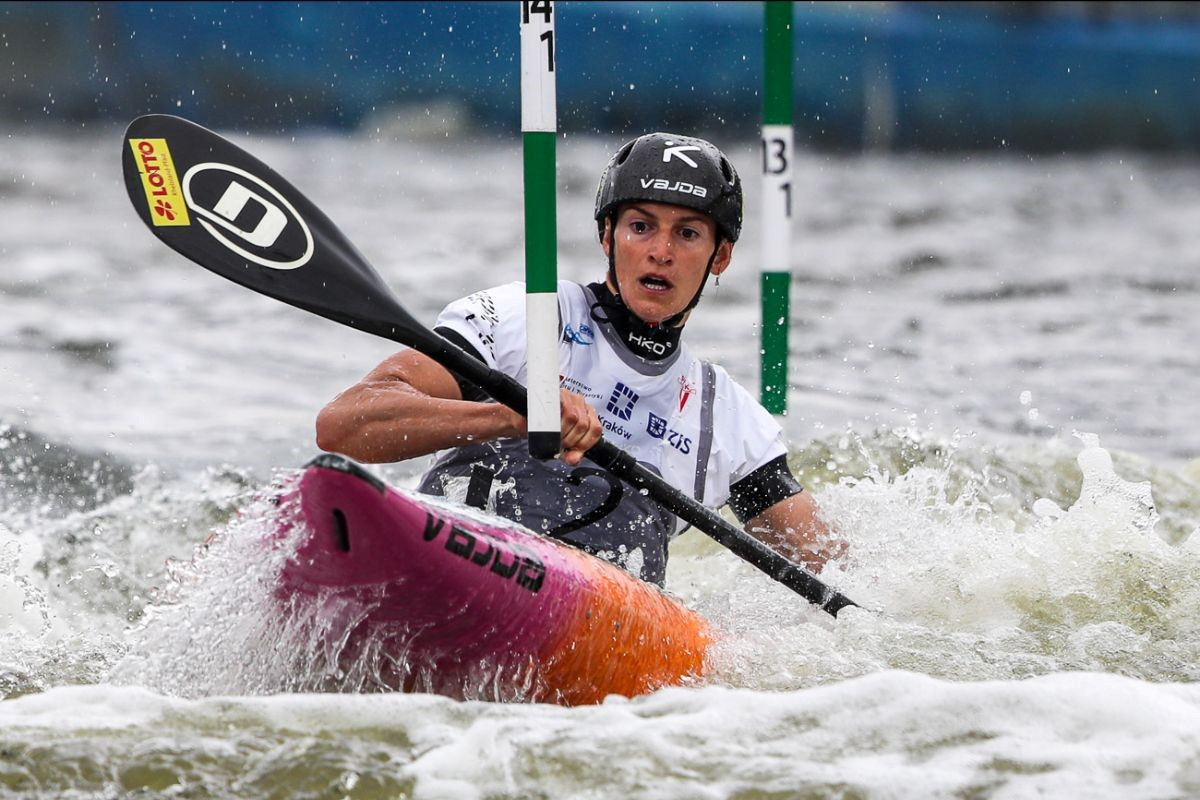 The gold and bronze medallists at Tokyo 2022 repeated their placings in K1 qualifying on the opening day of the International Canoe Federation (ICF) Canoe Slalom World Cup in Kraków.

Ricarda Funk of Germany, who was victorious at the Olympics last year, posted a blistering time of 96.32 seconds at the Kolna Canoe Slalom Course, but did incur a two-second penalty after clipping a gate.

Despite this minor slip-up, the 30-year-old was still 0.86 seconds clear of the next best competitor, Czech Amalie Hilgertova, who was penalty-free and impressively went under 100 seconds.

Jessica Fox of Australia, who hold previous victories in the Polish City and won the opening World Cup meeting of the season in Prague, suffered a similar two-point penalty before finishing third in K1 qualifying.

In the men's K1, Italy’s Giovanni De Gennaro posted the quickest time in an error-free run, just as he did in qualifying last week, to lie 0.23 seconds in front of Martin Srabotnik of Slovenia.

The 2021 C1 title holder showed no ill-effects from a facial injury suffered in Prague last weekend, finishing on top of qualifying whilst wearing a bandage on her run.

"It’s been pretty horrible for me, but at least now it doesn’t look so bad," Fiserova said.

"We arrived here Monday and I couldn’t train until Wednesday, but now I am happy."

Action at the ICF Canoe Slalom World Cup will continue tomorrow, with the final of the men's and women's K1 and qualifying for the extreme canoe slalom due to be held.