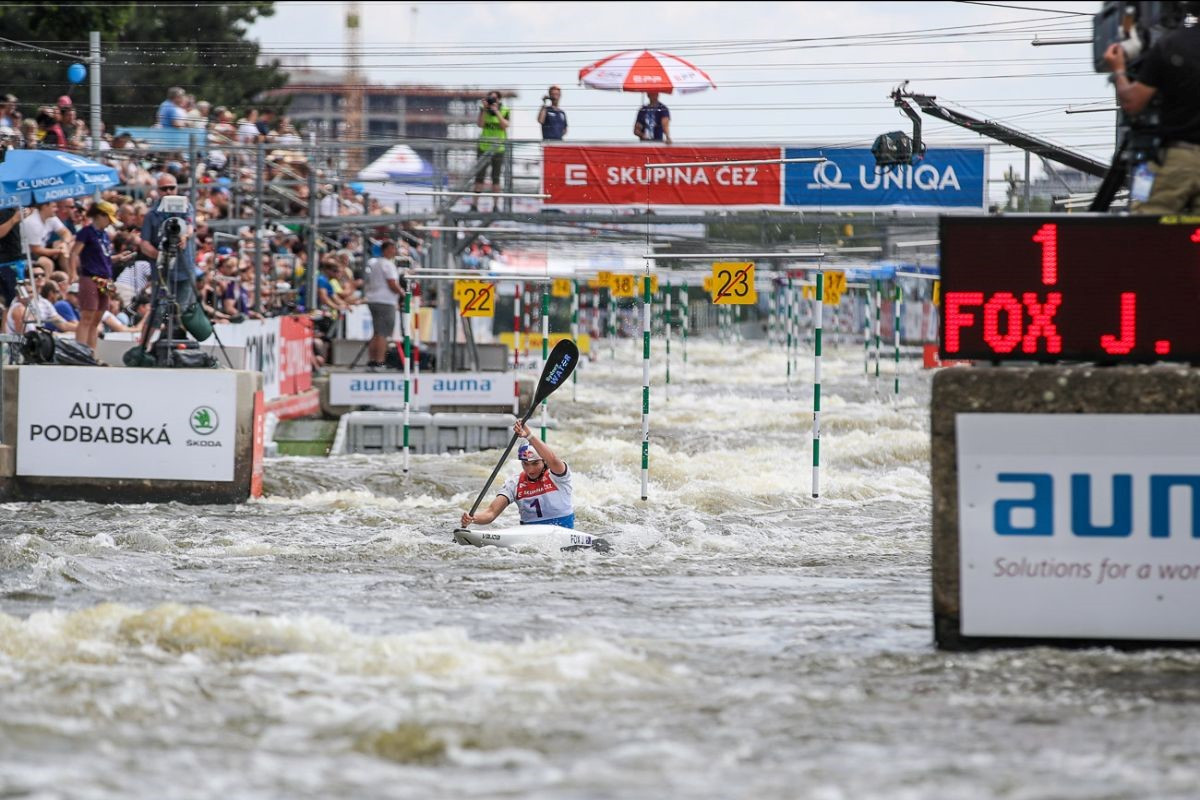 Olympic medallists Jessica Fox and Peter Kauzer were victorious in the K1 events at the Canoe Slalom World Cup in Prague.

Australia’s Fox, who turned 28 today, marked her birthday with a triumph as she fended off world silver medallist Elena Lilik of Germany and Camille Prigent of France.

Fox recorded one penalty to finish with a time of 1min 43.91sec.

This proved to enough to defeat Lilik, who notched 1:44.80 with the same number of penalties.

Penalty-free Prigent finished third thanks to a time of 1:45.33.

Fox won the bronze medal in this discipline at Tokyo 2020, as well as C1 gold.

"It was challenging with the World Championships, and with the Olympics winning bronze, but I won the overall World Cup title in the kayak, so I knew it was there, I just had to pull it out in those runs," Fox said of her podium-topping form.

"To do that today was awesome, I felt really good and really happy with how I delivered after that early mistake.

"I told myself to have a good start, be safe, and straight away I smash gate two.

"From there I just had to try and lift and push, and I made a little mistake in the middle, but I had an excellent bottom and I really gave it everything at the finish line.

Slovenia's Kauzer ended a drought of four years without a World Cup win by toping the men’s standings.

Giovanni De Gennaro of Italy, who received a lone two-second penalty, trailed on 1:36.49 while Switzerland's Martin Dougoud completed the race in 1:37.28 to claim bronze.

Czech Olympic champion Jiří Prskavec came fourth after catching a penalty and Britain’s Joe Clarke, the Rio 2016 Olympic gold medallist, failed to make the medal race after missing a gate in the semi-finals.

Kauzer was second behind Clarke at Rio 2016.

The World Cup is scheduled to continue tomorrow on the River Vltava.