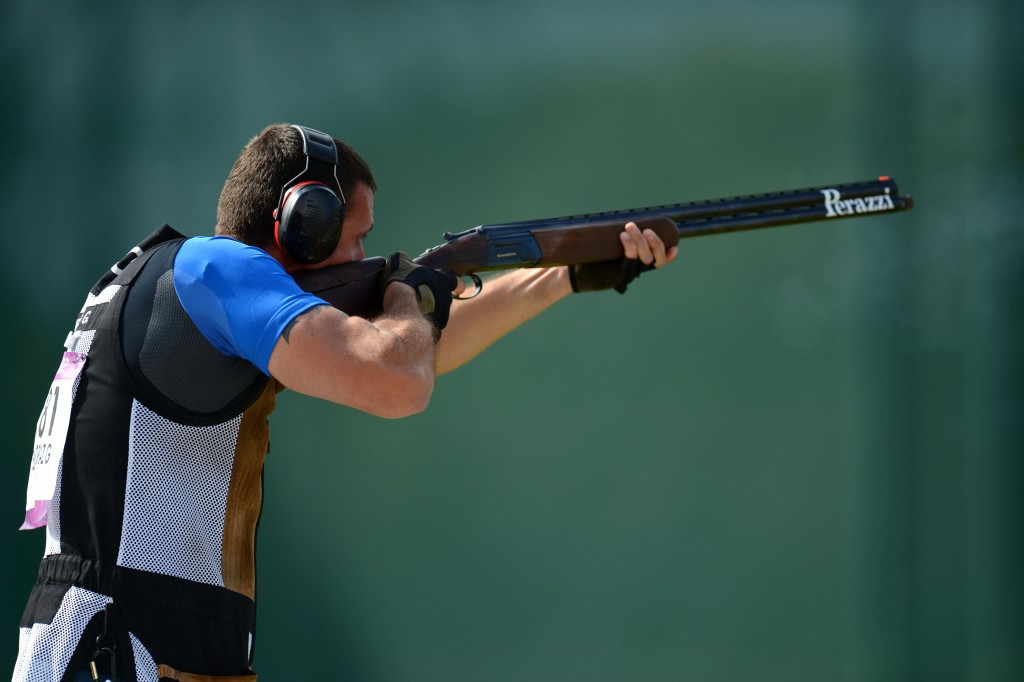 Former Olympic champion Cernogoraz of Croatia, silver medallist Fabbrizi of Italy, and four-time Asian Games gold medallist Meqlad of Kuwait all achieved perfect scores of 25 in the first three rounds of qualifying to give them a total of 75 points each.

Juho Johannes Maekelae of Finland notched rounds of 25, 24 and 25 to finish the first day just one point further back at the Trap and Skeet Shooting Range in Konya, while Valerio Grazini of Italy completes the top five with a score of 73.

In the women's trap qualifying, Giulia Grassia of Italy began with a first round of 23, but followed it up with two perfect rounds to top the standings on 73 points.

Turkish home favourite Rümeysa Pelin Kaya is joint-second on 71 points after two rounds of 24 and one of 23.

Finland's Beijing 2008 Olympic gold medallist Satu Mäkelä-Nummela began with a perfect 25, and followed it up with two rounds of 23 to also score 71.

Adeline Couet of France posted 70 in fourth place with two rounds of 23 followed by a 24, while another Turkish athlete in Safiye Sarıtürk Temizdemir rounded off the top five on 69 with a 25, 21 and 23.

A further two rounds of trap qualifying are scheduled in the men's and women's events tomorrow at the ISSF Grand Prix, followed by the finals later in the day.

Competition is due to run until Tuesday (June 21).