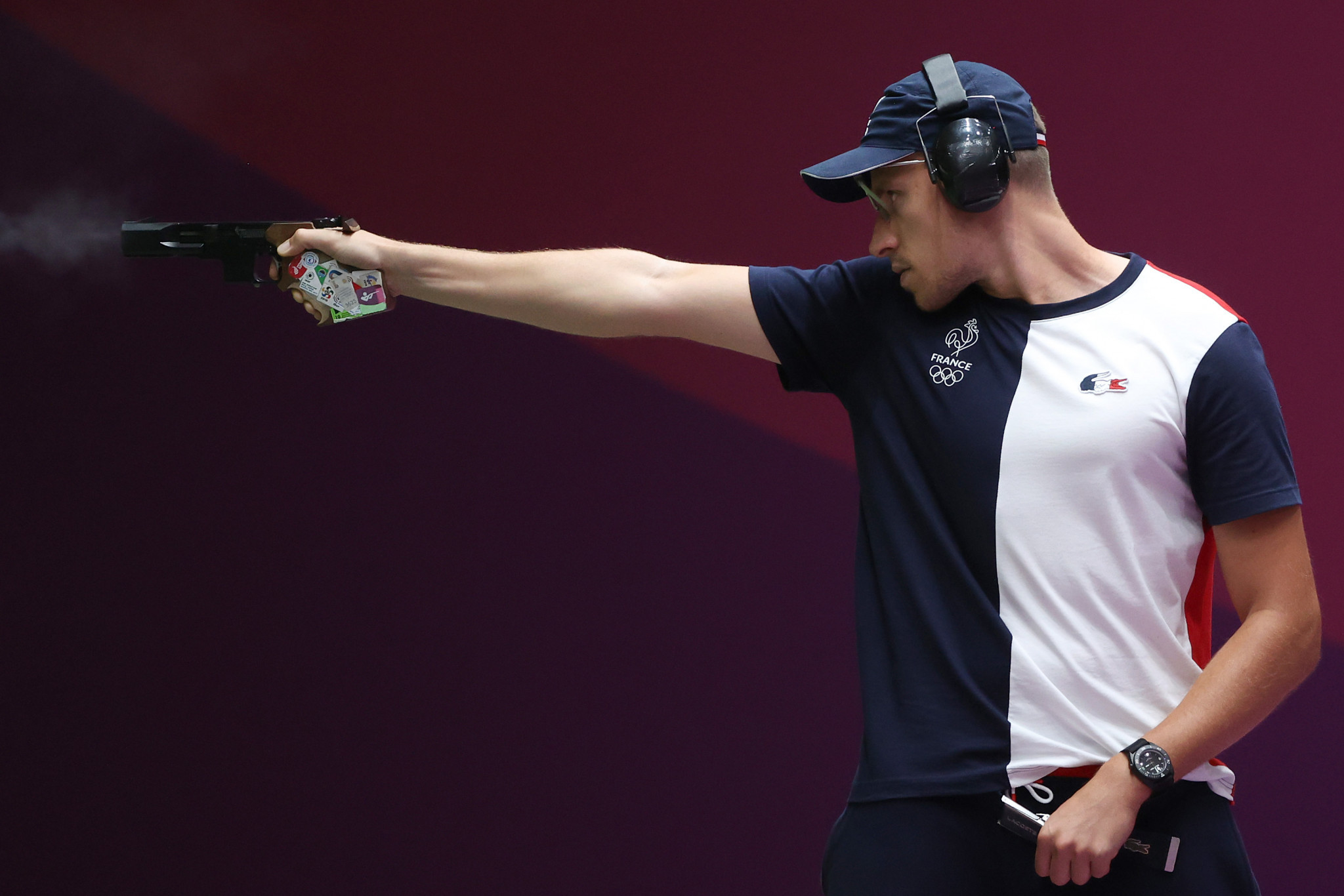 Olympic champions Jean Quiquampoix and Vincent Hancock was among the day's winners at the International Shooting Sport Federation (ISSF) World Cup in Baku.

Competing in the men's 25 metres rapid fire pistol at the Baku Olympic Shooting Range in Azerbaijan's capital, Frenchman Quiquampoix impressed with a total score of 32 in the medal match.

The win underlined his status as one of the leading athletes in the category, having built on his silver at Rio 2016 with a gold at Tokyo 2020.

Rio 2016 champion and Beijing 2008 bronze medallist Christian Reitz of Germany had to settle for second with a score of 26, while Clément Bessaguet doubled the French presence on the podium with 23.

Reitz and Bessaguet were tied at 23 targets hit each after six rounds, but the German athlete came out on top to take silver.

There was further success for France in the women's skeet courtesy of Lucie Anastassiou.

She scored 36 in the medal match to take gold, with reigning world champion Caitlin Connor of the United States placing second with 31.

Another American in Austen Jewell Smith rounded off the podium with 24.

Hancock of the US, who won his third Olympic gold medal at Tokyo 2020, was victorious in the men's skeet.

He scored 34, with Nicolas Lejeune of France posting 29 in second and Denmark's Tokyo 2020 silver medallist Jesper Hansen having to settle for bronze with his score of 25.

Olympic bronze medallist in the mixed team 10m air pistol Olena Kostevych helped Ukraine to triumph in the first of those events.

Tomorrow is set to mark the penultimate day of competition at the ISSF World Cup in Baku, with finals scheduled in the mixed team 25m rapid fire pistol and the men's and women's team skeet.