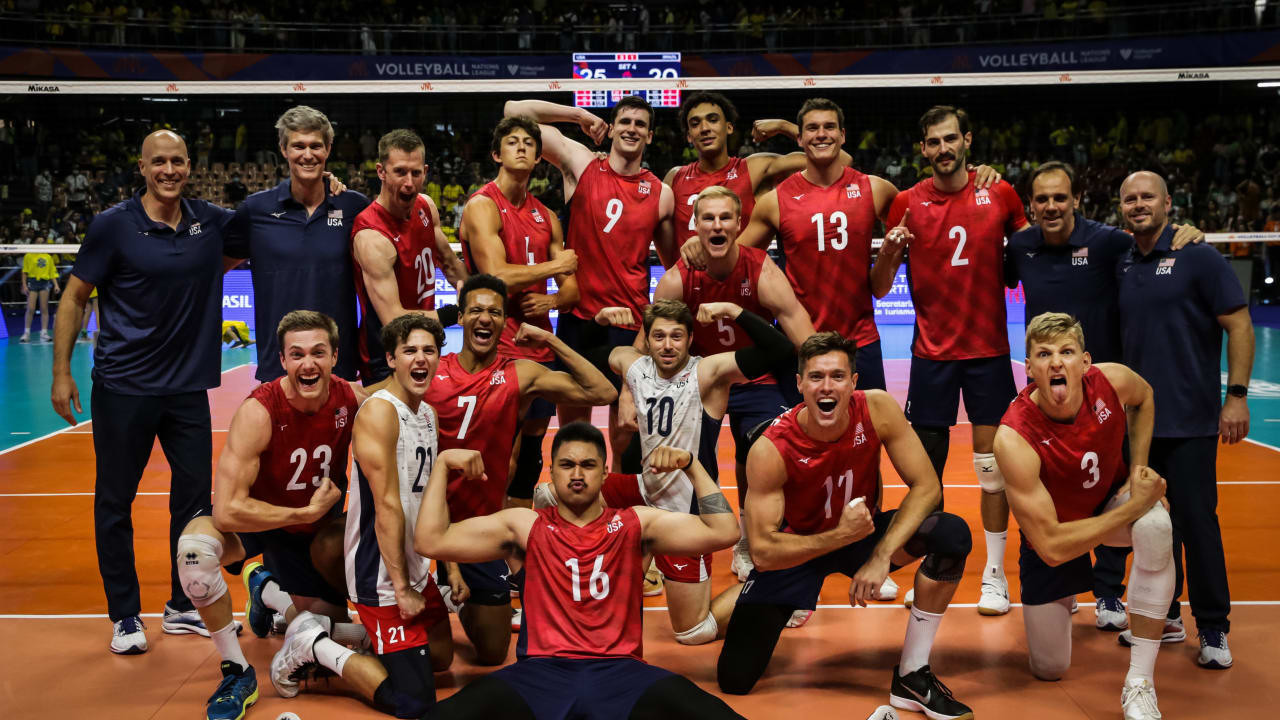 The United States have taken an early lead in the men's Volleyball Nations League (VNL) standings after winning all four of their opening games.

They currently sit on 11 points, one ahead of Japan, after amassing four successive victories in Pool 1 at the Nilson Nelson Gymnasium in Brasilia, including a 3-1 triumph over reigning champions Brazil and a 3-2 win against Japan.

Other wins over Slovenia and The Netherlands mean the US are the only team in the competition yet to suffer defeat, having only given up three sets so far.

Hosts Brazil have had mixed fortunes to start their title defence, having won two and lost two of their matches to sit eighth.

Alongside their reversal against the US, Brazil suffered a shock straight-sets defeat to China to give them a first win in this year's competition.

China were only awarded a place in the men's VNL following the expulsion of 2018 and 2019 winners Russia, in response to the outbreak of war in Ukraine.

France have been the best-performing nation in Pool 2 in Canada and find themselves in third place overall heading in to the second week.

They secured victories over Italy, Serbia and Canada at TD Place Arena in Ottawa before losing 3-1 to Poland, who lie behind them in fourth with an identical record but marginally lower points radio.

Only two sides remain winless after four matches, Australia in Pool 1 and Bulgaria in Pool 2.

Ninth-placed Serbia have been the most productive going forward with 400 points scored, while the US have been tightest in defence with just 266 conceded.

Action continues in the men's VNL on June 21 with the start of Pools 3 and 4, where the nations are reshuffled into different groups, at the Araneta Coliseum in Quezon City in the Philippines and the Armeets Arena in Bulgarian capital Sofia.