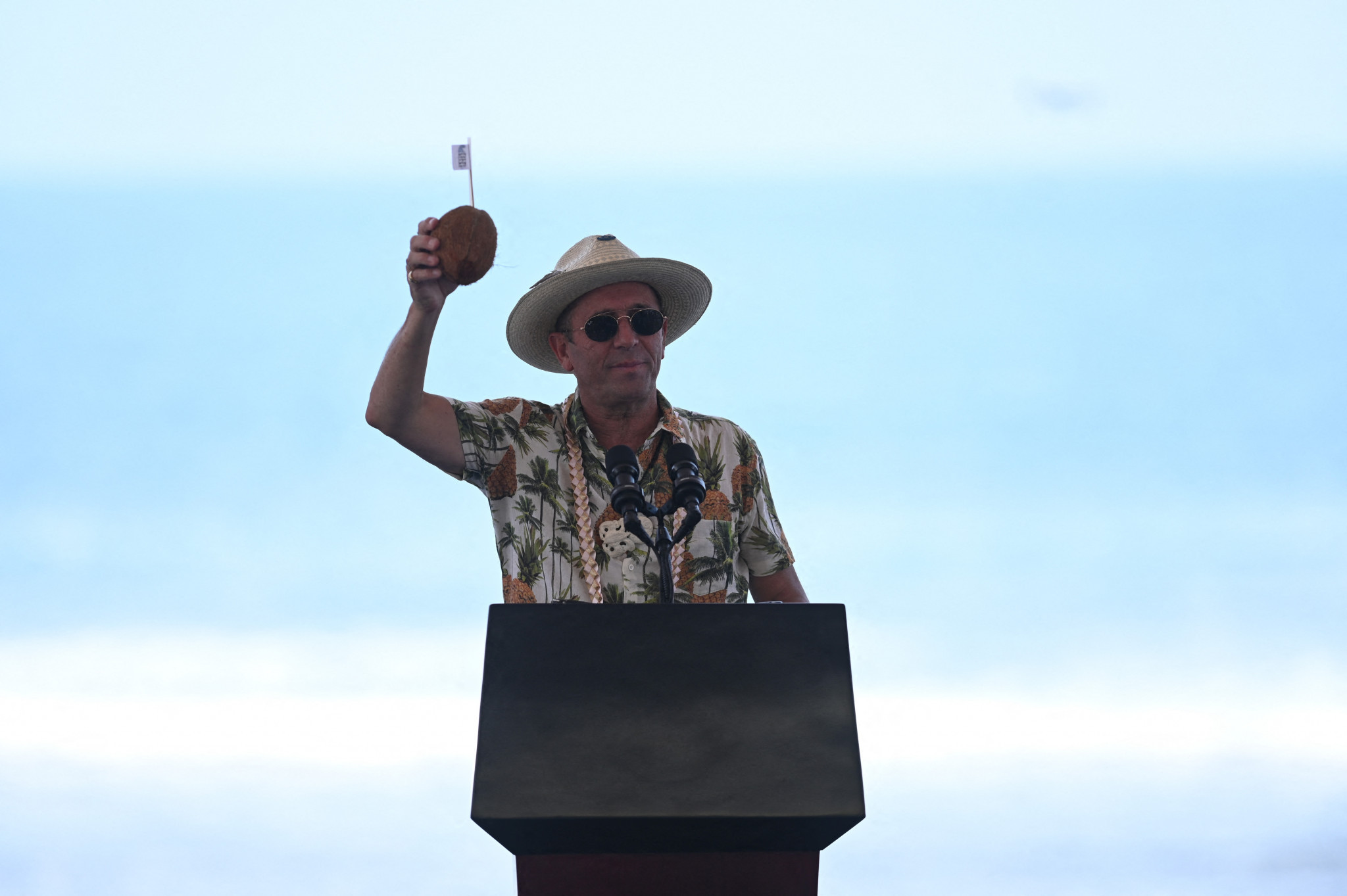 International Surfing Association (ISA) President Fernando Aguerre has indicated that surfing's development is heading on the right track after the International Olympic Committee approved its new qualification system for Paris 2024.

The new system builds on the previous one used for surfing's Olympic debut at Tokyo 2020 and is hoped to ensure the participation of the world's best professional surfers as well as promoting equal geographic opportunities for athletes around the globe.

While the quota of two surfers per gender per country remains in place, an exemption to the rule has been introduced for the ISA World Surfing Games this year and the 2024 Team Champions event.

The highest-ranked country at these events will be allowed to enter a third athlete to the Olympics if they have already had two surfers qualify.

The overall number of surfers in the men's and women's categories has also increased.

"The most important thing that happened is that we moved from 20 men and women to 24 which we still feel could be more, but it is still an increase of 20 per cent so we are still happy with it," Aguerre told insidethegames.

"We brought the ability to bring the youngest and less traditional surfing nations into the Games [with the new system].

"We tried to create a system that has the benefits of all the different possibilities."

Paris 2024 is set to be the first Olympics where a sport has been held on a different continent to the main host of the Games since Melbourne 1956 where the equestrian events took place in Stockholm.

Tahiti, the biggest island in French Polynesia, is set to host the surfing competition at Paris 2024 after several qualification events including the World Surfing Games.

At last year's edition of the ISA event, which was a qualifier for Tokyo 2020, there were multiple high-profile withdrawals of athletes after they secured their place at the Games.

"That was only because of COVID-19," said Aguerre, who is sure that won't happen again at the event set to take place in Huntington Beach in California.

"The world was still figuring out how to deal with it.

"There was a bit of paranoia that people were going to get infected and we didn't want to hold people against their will for health reasons.

"This is not the case now, things have changed.

"We have vaccines and we know that most people will get infected but it is not a lethal situation so I think it will be fine.

"Participation at the 2023 and 2024 World Surfing Games is mandatory for the top professionals, it's part of the eligibility process [for the Olympics]."