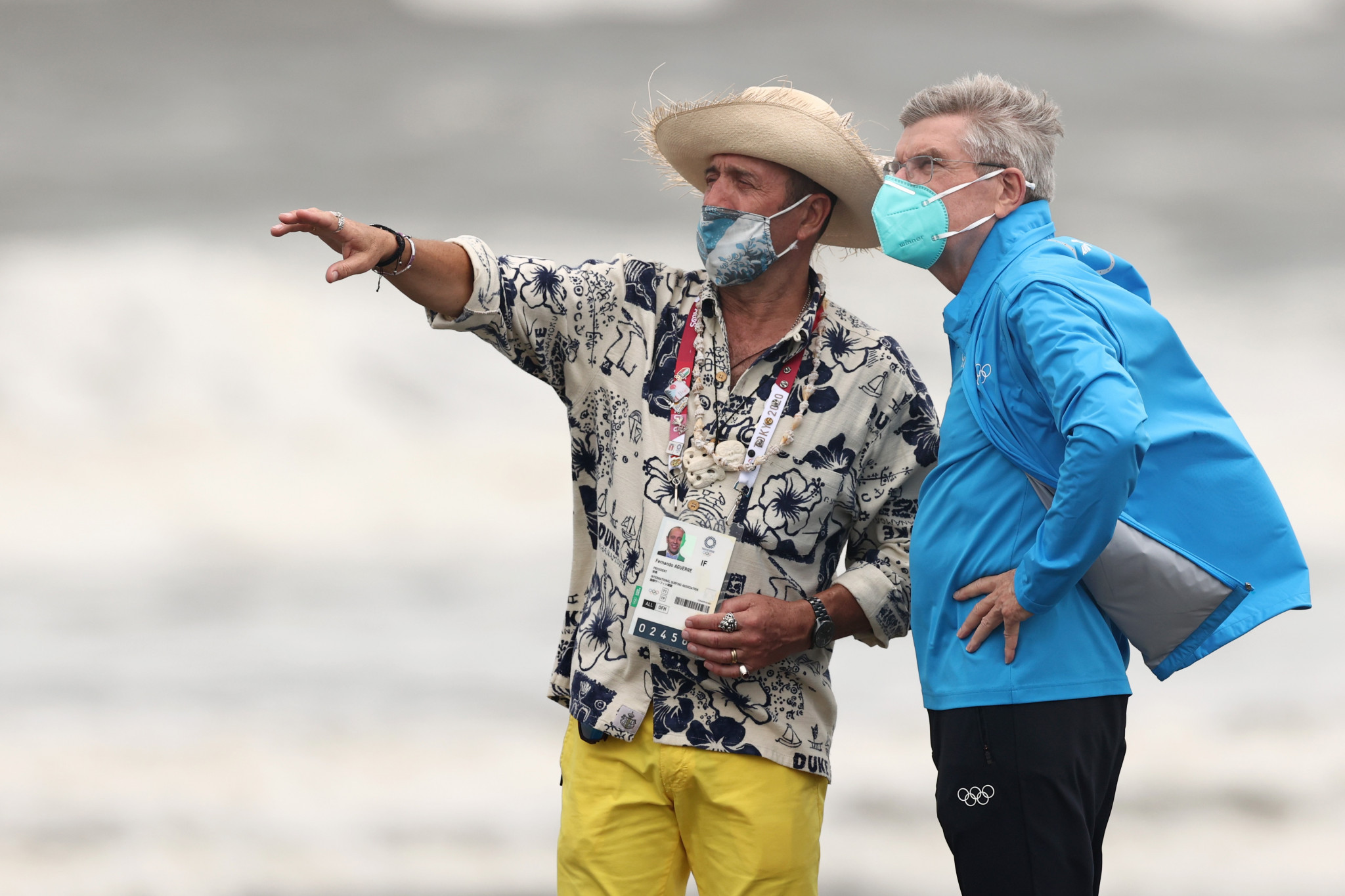 International Surfing Association (ISA) President Fernando Aguerre believes there has been a "paradigm shift" to shake up established Olympic sports after surfing, skateboarding and sport climbing were officially added to the initial programme for the Los Angeles 2028 Olympics.

All three sports - which made their Olympic debut at Tokyo 2020 - have been included on the 28-strong list for the 2028 Games after receiving the approval of the International Olympic Commission (IOC) Session here yesterday.

The long-time Olympic sports of boxing, weightlifting and modern pentathlon have been left off the initial programme, with the respective International Federations given until 2023 to meet certain criteria to secure their place at the event.

"With one giant stroke, it is a masterpiece.

"This will be remembered for years because it indicates for the first time that the Olympic Movement is not interested in making room for some organisations that are not up to par.

"I think they are bringing in new Federations like us that are small but fully transparent.

"We tick all the boxes."

Surfing secured its place at the Olympics for the first time after the 129th IOC Session in Rio de Janeiro in Brazil added five sports to the programme for Tokyo 2020.

Aguerre described surfing’s inclusion as a "great marriage" and spoke of his determination to ensure the sport becomes a constant feature at the Games.

"We were dating in Tokyo, we will be dating in Paris, but this is a nice relationship which is mutually satisfying and rewarding," said Aguerre.

"In Paris and LA we will show what surfing can do for the Olympic Movement.

"Let’s say that Tokyo was a free sample of what surfing, skateboarding and sport climbing can bring to the organisation and to the Olympic Movement but they will bring more.

"I will always remember two days after the vote in 2016, casually meeting with President [Thomas] Bach and I told him, 'listen Thomas, we are not here for one Games'.

"He looked at me and I said 'I am going to work hard to be a permanent sport'.

"He looked at me and said 'I don’t expect anything else from you' so here we are.

"It’s amazing when you look back and it has only been five years since we were elected just to see how these things would work in Tokyo.

"Six months after Tokyo and those three sports have now become permanent sports."

The ISA is expected to receive a huge financial boost when the IOC distributes revenues from Los Angeles 2028 to International Federations.

"In Rio for Tokyo [the distribution] was in excess of half-a-billion dollars for the 28 permanent sports," said Aguerre.

"There are five groups.

"I think we are going to climb up the groups.

"I am not being disrespectful to any other sport.

"We are all different, we all provide different values and some sports evolve faster than other sports.

"If you move faster you win a medal.

"If you don’t, then you might not be invited again and I am fine with that."

The Los Angeles 2028 programme is due to be finalised in December 2024 when more new sports may be added.