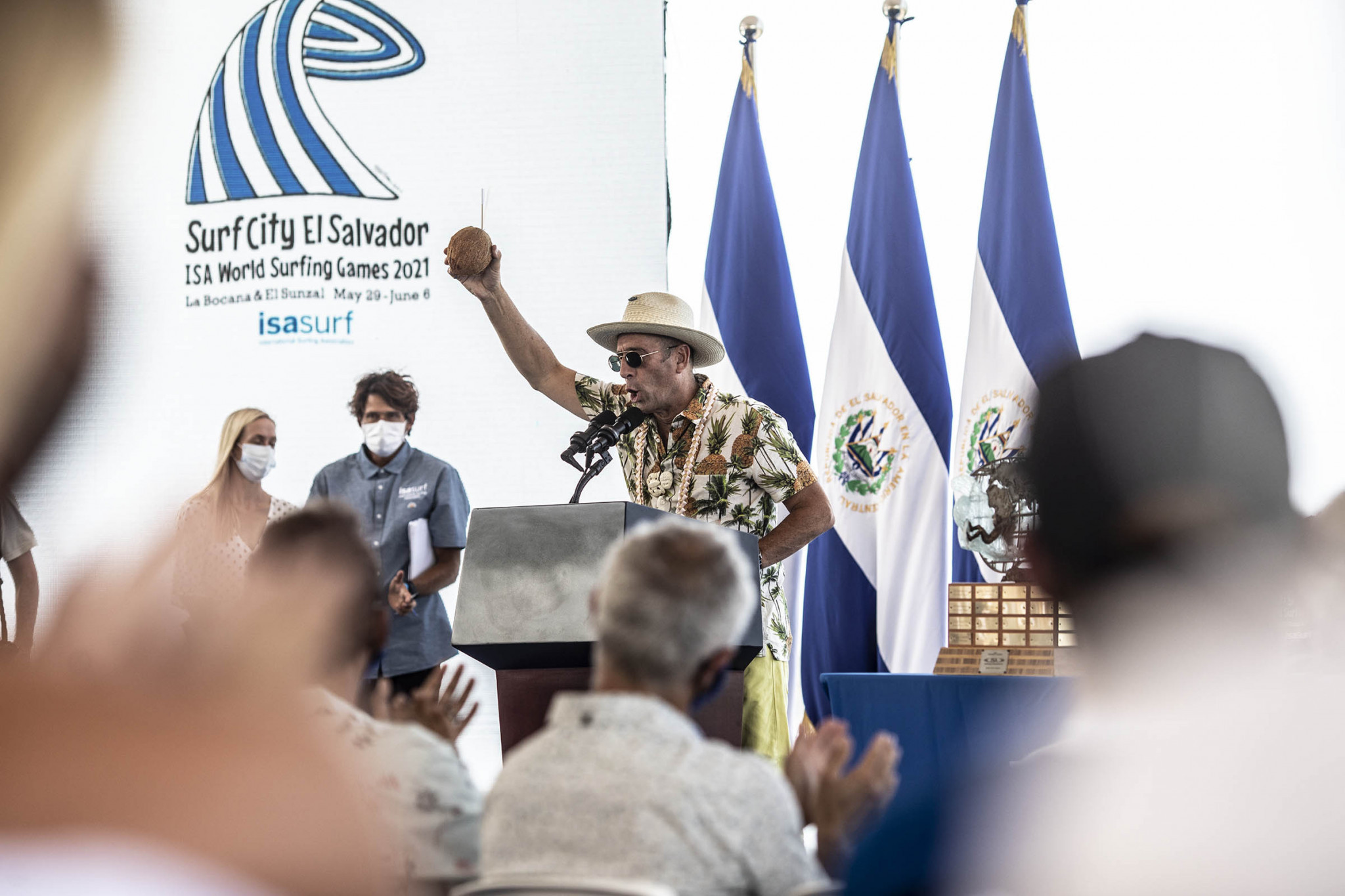 International Surfing Association (ISA) President Fernando Aguerre believes this year’s event has been "the most wonderful World Surfing Games in history" and not cheapened by a number of high-profile withdrawals.

Multiple athletes needed to compete at the event in El Salvador to confirm their places at the Olympic Games in Japan, where surfing is making its debut on the programme, and withdrew from competition once they had done so.

Defending team champions Brazil were the most notable of the abandoners, with the entire team eventually pulling out.

Gabriel Medina, men’s bronze medallist in 2019, and Tatiana Weston-Webb were among the first to withdraw, with defending men’s champion Italo Ferreira ultimately joining them.

Silvana Lima, the women’s runner-up at the 2019 World Surfing Games off Japan’s Kisakihama Beach, tested positive for COVID-19 at the Surf City venue in El Salvador, so could not compete but is reported to be showing no symptoms.

Ferreira, Medina, Lima and Weston-Webb are due to be Brazil's four representatives at Tokyo 2020.

"Human beings make decisions based on their perceptions and feelings," Aguerre said when asked by insidethegames about athletes withdrawing from the competition.

Others to pull out included Olympics-bound Americans Carissa Moore and Caroline Marks, along with Costa Rica’s Brisa Hennessy.

Health concerns and focusing on other events, such as the World Surf League and Olympics, were cited as reasons for athletes withdrawing.

"Well, a few top professionals surf a few heats and then they decided to leave and go home," Aguerre said.

"Other surfers from the same group decided to stay behind.

"So I guess the question is one that should be asked for each of them, why they left.

"We have the most wonderful World Surfing Games in history, our Olympic qualifier.

"I know why the people that stayed stayed behind.

"They have told that, they have gone in public on the record to say that.

"Like Kanoa Igarashi from Japan, says: 'No, I’m not going home, I’m qualified but I’m staying here until the end.

"'I want to be with my team, I want to support my national surfing team.

"'I want to win a medal, team gold medal.

"'And most importantly it’s my way of thanking the ISA President and the ISA as a whole for all they’ve done all these years.'

The last seven Olympic berths for women and five for men are on offer at this year’s World Surfing Games, which are due to conclude tomorrow.

The event has been "like nothing that we have [had] before", according to Aguerre, and Olympic qualification is "by itself reason to celebrate".