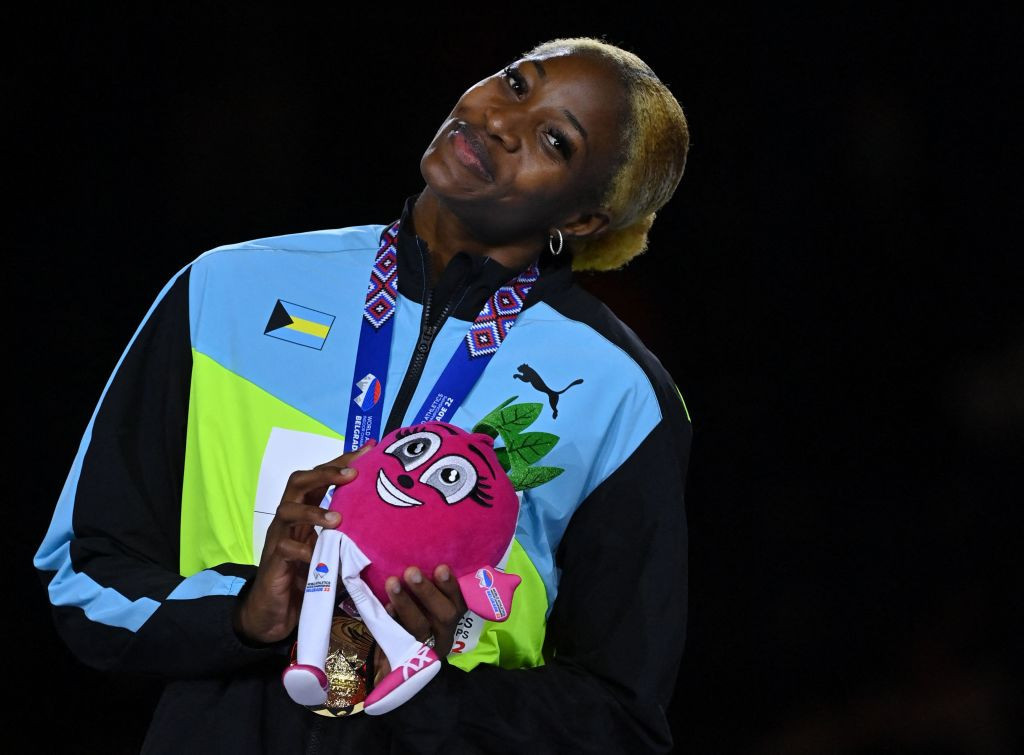 A mighty convergence of talent will make the women’s 200 metres a track highlight tomorrow as the Diamond League returns to Rome after a year’s gap.

Also in the mix will be the 36-year-old multiple world and Olympic medallist Allyson Felix of the United States, in what she says will be the final year of her career, Jamaica’s Olympic 100m bronze medallist Shericka Jackson and Switzerland’s world indoor 60m champion Mujinga Kambundji.

Despite insisting she is "not in top shape", Thompson-Herah, who won the Tokyo 2020 200m title in a personal best of 21.53sec - second only to the late American Florence Griffith Joyner’s 1988 world record of 21.34 - has already clocked winning 100m times of 10.79 and 10.83 so far this season at the Eugene and Rabat Diamond League meetings, respectively.

Miller-Uibo, whose best of 21.74 was set in winning her third Diamond League title at the distance in 2019, will be racing her first 200m of the season having won the world indoor 400m title in Belgrade in March.

Asher-Smith won her world title in Doha three years ago in a British record of 21.88.

Namibia’s Christine Mboma, not involved in this race, currently tops the 2022 world lists with 21.87 - a time that looks in imminent danger of being eclipsed.

A total of 10 Olympic champions are due to take part in the Golden Gala Pietro Mennea - held in Florence last year while the Olympic Stadium hosted European Championship football - including local hero Gianmarco Tamberi, the joint men’s high jump champion.

Tamberi has been denied the chance to compete against the athlete with whom he shared the Tokyo 2020 title, Mutaz Barshim, following the Qatari’s withdrawal.

But his energy and popular appeal will be utilised in energising the crowd that will gather in the stadium that played host at the 1960 Olympics.

Tamberi’s victory in Ostrava on May 31 has put him among eight men on 2.30 metres this season behind the 2.33m of South Korea's Woo Sang-hyeok and he will be keen to challenge that mark in front of his adoring public.

Meanwhile the Tokyo 2020 women’s 800 metres champion Athing Mu of the US, who turns 20 today, is back in the running.

COVID-19 after-effects forced her to withdraw from the Eugene Diamond League meeting, where she was due to meet the 20-year-old Briton whom she beat to Olympic gold last season, Keely Hodgkinson.

Hodgkinson won convincingly in Oregon in a 2022 world-leading time of 1min 57.72sec, and while she will not be in Rome she will be keeping a keen eye on how her US rival fares in a season’s debut.

In the men’s 5,000m Ethiopia’s Olympic 10,000m gold medallist Selemon Barega goes up against his compatriots Muktar Edris, the two-time world 5,000m gold medallist, and Berihu Aregawi, who set the world 5 kilometres record of 12:49 in Barcelona at the end of last year and clocked 12min 50.05sec, the fastest seen on the track so far this year, in Eugene.

The women’s 400m hurdles will feature Dutch Olympic bronze medallist Femke Bol, who followed up her season-opening world 300m hurdles record of 36.86sec with a victory over her specialist distance at Monday’s (June 6) blustery Hengelo meeting in 53.94sec.

Puerto Rico’s Olympic 100m hurdles champion Jasmine Camacho-Quinn, fresh from wins in Eugene and Ostrava, takes on a field including world champion Nia Ali of the US.

The men’s 100m sees US Olympic silver medallist Fred Kerley return to Rome for the first time since his 400m win in 2018 and the versatile sprinter will be looking to build on the 9.92sec season’s best he set in Nairobi last month.

He is one of five sub-10-second men in a field from which home sprinter Marcell Jacobs, the Tokyo 2020 champion and world indoor gold medallist, had to withdraw because of injury.

Slovenia’s 23-year-old Kristjan Čeh continued his unbeaten season as he threw 69.68 metres in Rabat a week after his effort In Birmingham of 71.27m - a world-leading national and Diamond League record that moved the European under-23 champion to 10th on the world all-time list.

That saw him win ahead of all three of the Tokyo medallists - Sweden’s Olympic and world champion Daniel Ståhl, his compatriot Simon Pettersson and Austria’s Lukas Weißhaidinger - and all are on the start list in Rome.

She too is unbeaten this year and jumped 6.65m in Hengelo on Monday.