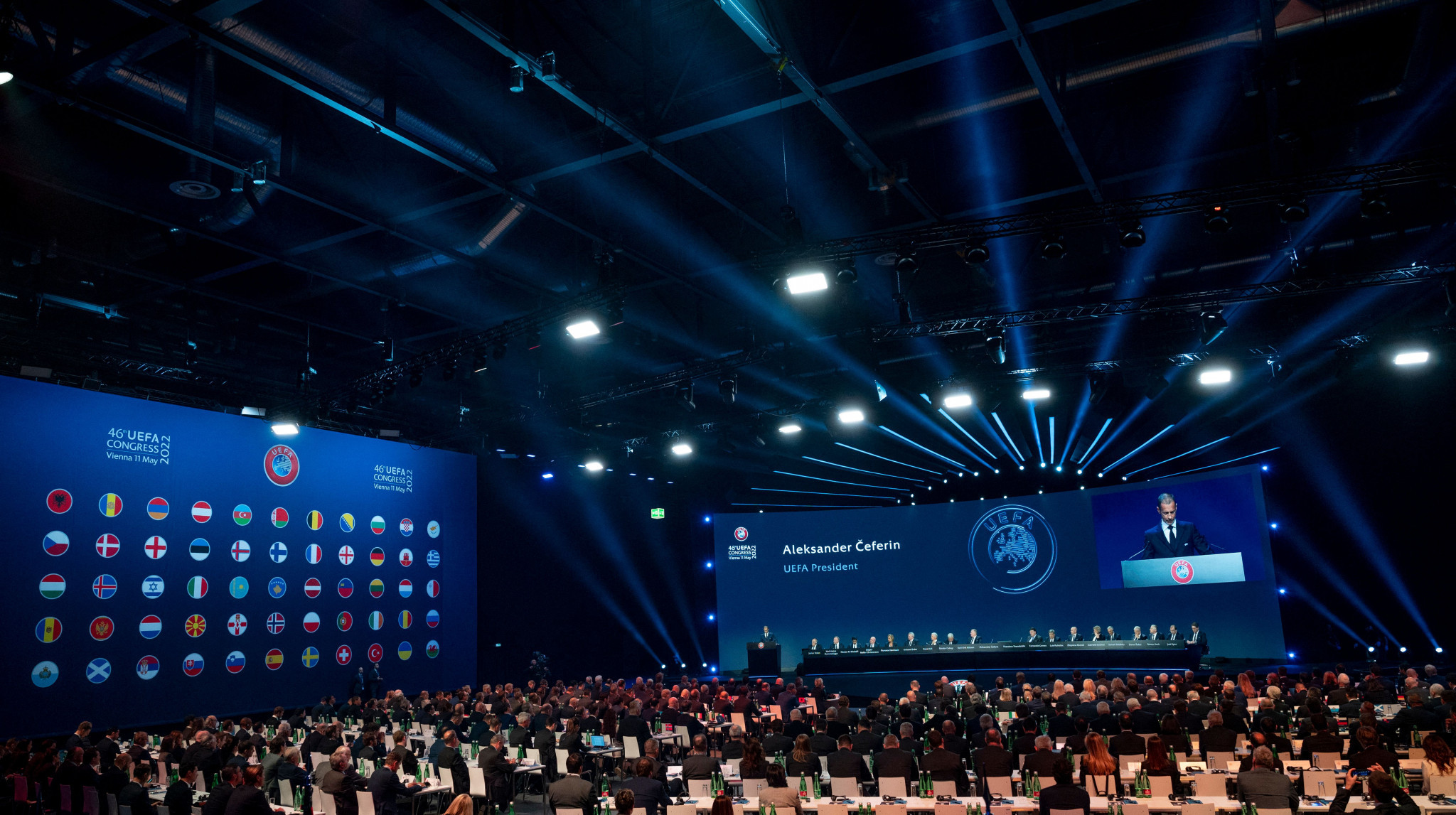 The Russian Football Union (RFU) attended today's UEFA Congress in Vienna, with Aleksander Čeferin insisting it was "premature" to suggest that the national governing body should be suspended.

Russia's national teams and clubs have been banned from all UEFA and FIFA competitions, including this year's Women's European Championship and the men's FIFA World Cup qualifying playoffs, because of the invasion of Ukraine.

However, the RFU remains an active member of the European governing body, and attended the UEFA Congress at the Messe Wien Exhibition and Congress Center.

RFU President Alexander Dyukov, who is also chair of the Gazprom Neft subsidiary, took part in yesterday's UEFA Executive Committee meeting, and the organisation was represented at today's Congress by its secretary general Aleksandr Alaev.

Alaev's presence contrasted to that of Ukrainian Association of Football (UAF) President Andriy Pavelko, who wore a bulletproof vest for a video message as he did at the FIFA Congress in Doha in March.

Pavelko was speaking from a football stadium in Chernihiv which has been destroyed during the war with Russia.

Russia and its ally Belarus have faced widespread condemnation since the launch of what Moscow describes as a "special military operation" on February 24.

According to the United Nations, at least 3,496 civilians have been killed in the war in Ukraine, although it is feared that the true figure is far higher, and more than 5.9 million people have been forced to flee the country.

Further sanctions against the RFU were not on the agenda at the UEFA Congress, and Čeferin was asked at a press conference afterwards whether the organisation could face suspension.

The UEFA President said this was not immediately on the cards, describing the prospect as "premature", but did not rule out further measures being taken.

"If you asked me a month ago, I would think differently than today," Čeferin said.

"And in a month, we don't know what will happen.

"I would not exclude anything, but I would not say anything will happen in the future."

Čeferin added his main hope was that "the madness stops as soon as possible".

The UEFA leader also claimed that football was "one of the losers" from the sanctions imposed against Russia by UEFA.

"When UEFA applies sanctions, they are trying to do their little bit to bring peace to the continent," he said, as reported by Russian state news agency TASS.

"It's a dangerous precedent, but in this case, the reason is more important than anything else.

"Without a doubt, football has become one of the losers when players, coaches and fans cannot do anything with my passion and with their dreams, it breaks my heart."