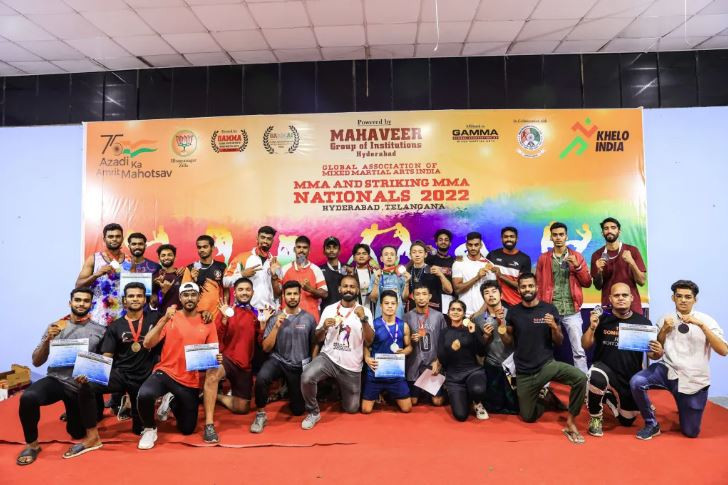 India has held its first Global Association of Mixed Martial Arts (GAMMA) national championships of the year in Hyderabad where 18 athletes became champions.

Forty-seven mixed martial arts (MMA) and 28 striking MMA fights were staged across three-days of competition in the capital of the state of Telangana.

Prudhvi Katta was the victor in the 65.8kg class and J.P Thushar became the champion in 70.3kg.

Shuhaib Mohammed was victorious in the 77.1kg as Niraj Waval bagged the 83.9kg competition.

Varun G came out on top in the 93kg category.

The 70.3kg title went to Angel Debbarama and the 77.1kg gold was achieved by Prabu Sankar.

Singh Thakur Jaidev was successful in the 83.9kg while Bijjan Manmeet Singh and Pandu Ranga both achieved golds in the over-93kg categories.

A technical seminar was arranged by GAMMA India technical director Andrew Canday during the championships which included 16 officials being granted certification for completing theoretical and practical components.

Action is due to return to India with New Delhi scheduled to host the open national MMA Championships between June 17 and 19.