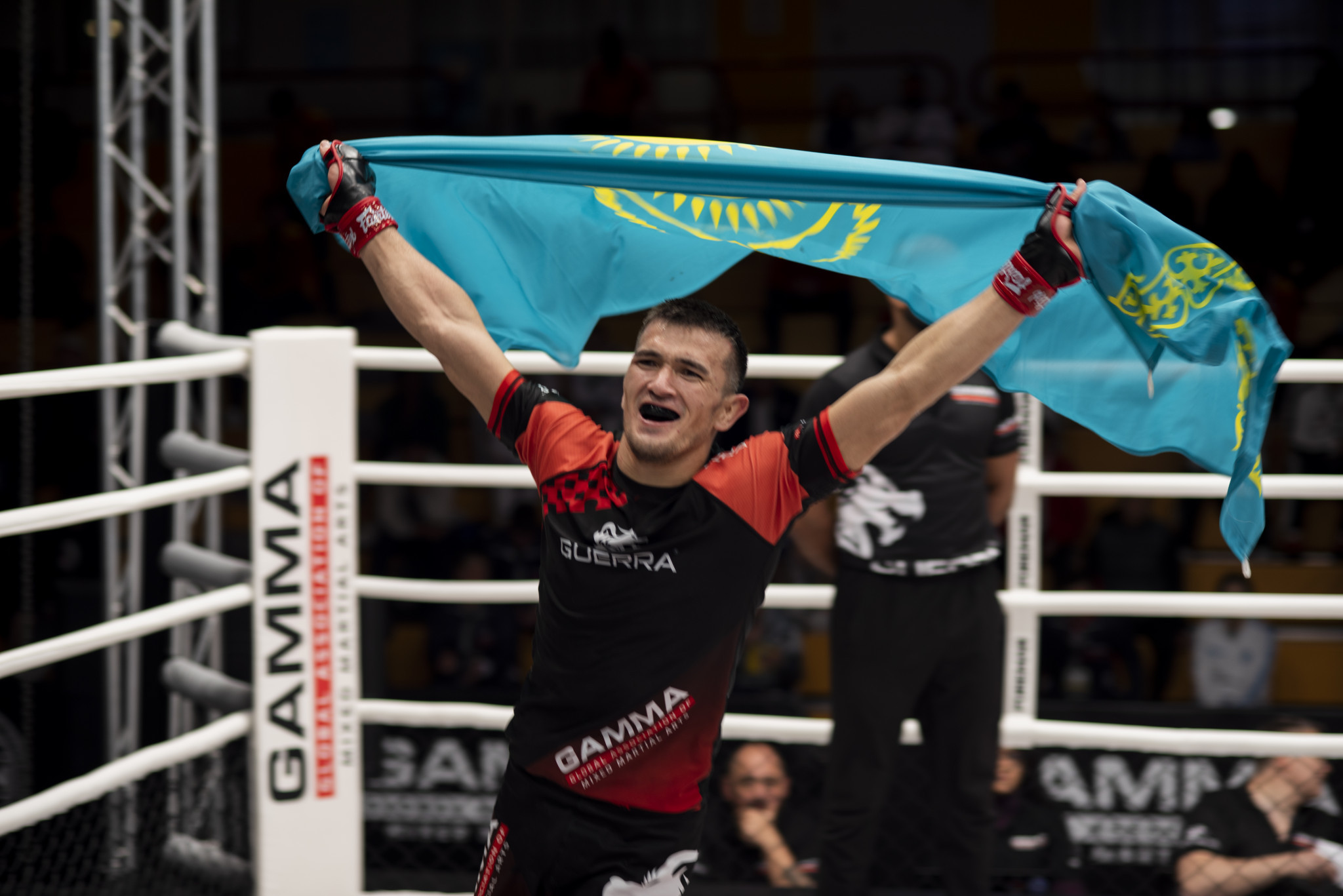 Kazakhstan ended the Global Association of Mixed Martial Arts (GAMMA) World Championships at the top of the standings with seven gold medals at the Sporthallen Zuid here in Amsterdam.

There were podium finishes from 27 of the 40 competing nations but it was the Kazakhs who lead the way to carry on their fine form from the Asian Championships in Kyrgyzstan last year where they finished first with 14 gold medals.

Poland finished as runners-up with five titles while the United States' three victories was enough to put them in third.

In total, Kazakhstan won 17 medals including eight silvers and two bronzes but they got off to a rocky start.

The opening match was won by Fatali Talibov of Azerbaijan who beat Kzakhstan's Akhmet Amir in under a minute in the men's under-52.2-kilograms category after unleashing a ground and pound tirade following a swift takedown.

The referee had to call a stop to the bout and ruled a technical knockout victory in Talibov's favour.

Yernaz Mussabek became the first medallist for Kazakhstan when he forced German opponent Rasanbek Gadzhiev into submission in the second round of their men's under-56.7kg contest.

Mehdi Taki became Italy's first ever GAMMA world champion after dispatching Nail Azizov of Azerbaijan via a unanimous points decision from the three judges in the men's under-83.9kg final.

The first medal of the day in the striking MMA category was awarded to Begzhan Abilkassym of Kazakhstan in the men’s under-52.2kg category after he defeated India’s Kishor Kumar.

In the very next bout, Abilkassym's compatriot was beaten by Devi Surbala Laishram, securing the first gold for India.

Home favourite Kelley Hamming was in command and looked to be on the way to women's under-61.2kg gold.

However, Lebanon's sole competitor at the event, Sandra Succar, locked in an inescapable arm bar that led to a famous tap out win.

"That’s my style, I make my opponents tired then I strike hard," said Succar.

"I’ve been working four years for this moment.

Georgia's Giorgi Chochishvili and Iwo Baraniewski of Poland brought the World Championships to a close in style in the men's under-120.2kg decider.

It was not long before the Pole brought his opponent to the ground and peppered him with blows to the face, forcing the referee to stop the fight and declare the technical knockout.

"This is the future of MMA," said GAMMA President Alexander Engelhardt.

"This is the way we can grow the sport form the grassroots where you can have people involved that normally do not come to MMA.

"You can see how exciting this sport is.

"The ambience, the atmosphere, the people around the competition are the real spirit."

The next edition of the World Championships are set to take place in Azerbaijan this year, with exact dates yet to be decided.