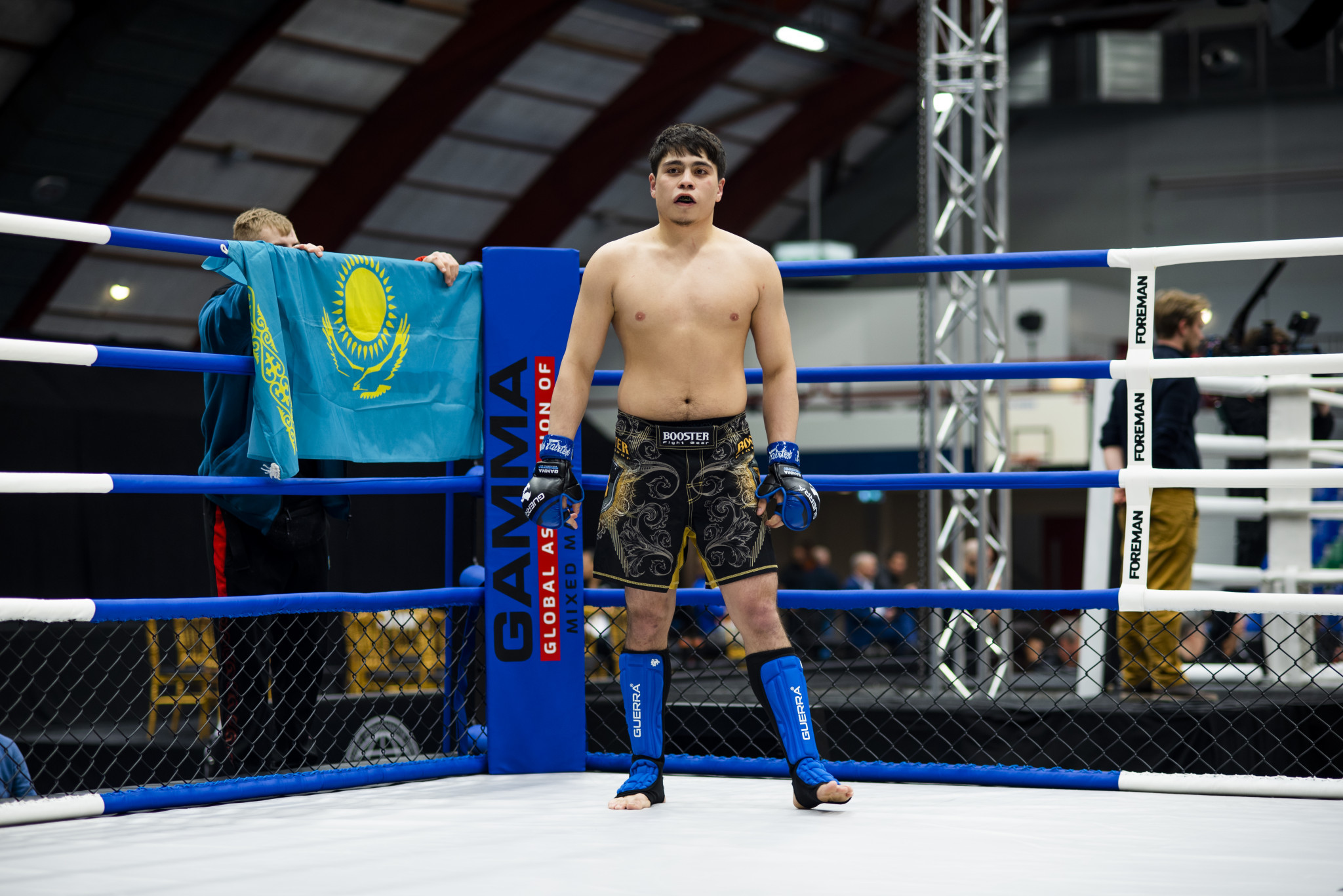 Kazakhstan were in blistering form on day two of the Global Association of Mixed Martial Arts (GAMMA) World Championships here in Amsterdam as they are represented by seven fighters in tomorrow's finals, more than any other country.

The duel got off to an even start with both fighters trading blows before Akanov unleashed a crashing takedown which then allowed him to take up a position from behind and land some thunderous hammer fists.

The impact left Zimaev visibly shaken resulting in the referee stopping the match and Akanov advancing.

He then booked his place in the final after getting the better of Kyrgyzstan's Uuluu Argen Maratbek over the full three periods.

Seitenov, who won bronze at the Asian Championships, dominated Maratbek's countryman Shergazy Sakyev by knockout to breeze into the final.

Despite suffering for the majority of the bout, with the judges 3-0 in favour of India's Dinesh Naorem, Kazakhstan's Yernaz Mussabek pulled off a remarkable arm triangle choke which finished the men's under-56.7kg bout in seconds.

Elsewhere for Kazakhstan, Akhmet Amir, Imran Taisultanov and Eljan Gassanov remain undefeated in the men's under-52.2, 93, and 77.1kg classes, respectively.

Meruyert Ibrayeva's number one seeding, meanwhile, saw her receive a bye to the women's under-65.8kg gold medal match where she will fight Danielle Curtis of Australia.

The United States were also in impressive form as they steamrolled the competition, with four athletes progressing to the finals.

Hannah Rokala was the pick of the bunch after delivering another scintillating performance following her 3-0 humbling of India's Samata Sonavane yesterday in the women's under-52.2kg tournament.

The 24-year-old faced a tough test in the final-four against experienced Spaniard Zejna Krantic and was on the backfoot for the majority of the match but a clinical right jab unsteadied Krantic.

Rokala then pounced to initiate a rear naked choke and force the tap out to the sound of raucous cheers from her camp.

In addition to the regular MMA bouts, striking MMA has been running parallel with Kazakhstan also excelling.

They have eight finalists across 13 divisions.

The action in Amsterdam concludes tomorrow with gold medallists set to be crowned across every category in an unmissable line-up.