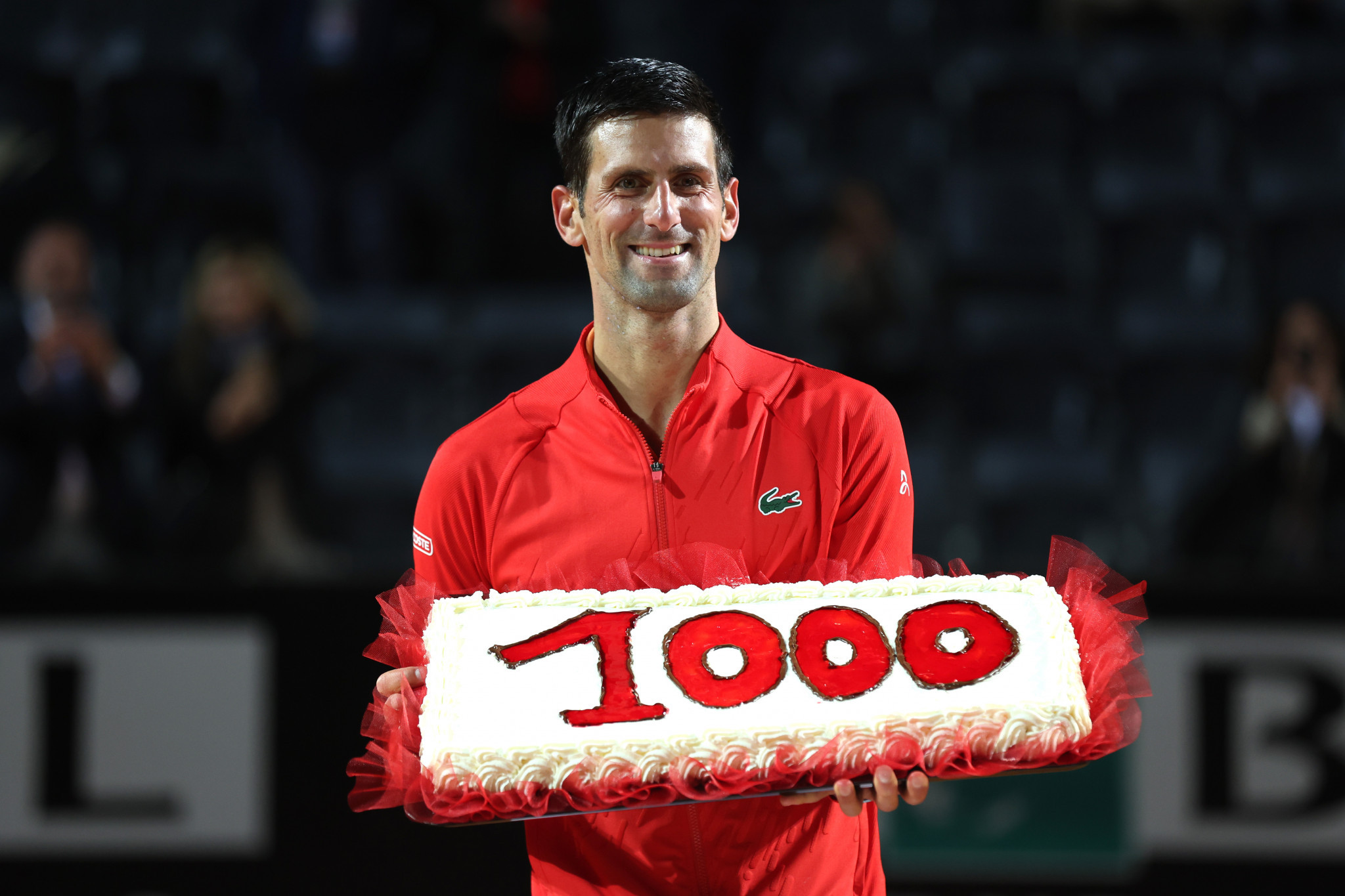 World number one Novak Djokovic became the fifth player to reach 1,000 match wins after his semi-final triumph at the Italian Open.

The Serbian achieved the milestone at the joint Association of Tennis Professionals Masters 1000 and Women’s Tennis Association 1000 tournament, after defeating Norway’s Casper Ruud 6-4, 6-3 in the last four at the Foro Italico in Rome.

Djokovic joins Spain’s Rafael Nadal, Switzerland’s Roger Federer, Ivan Lendl of the Czech Republic and Jimmy Connors of the United States in reaching 1,000 wins and was presented with a cake by organisers in recognition of the achievement.

Djokovic was at his blistering best against Ruud, racing into a 5-1 lead before a fire alarm briefly halted play.

He continued where he left off after the interruption, and completed a victory that puts him into his 12th final in Rome.

Zverev took the first set 6-4 thanks to a single break of serve, before Tsitsipas won set two 6-3 with an early break and the decider by the same scoreline thanks to two more breaks of serve.

Victory puts Świątek in a fourth WTA 1000 final of the season, with her hard and consistent ball-striking too much for Sabalenka as she sealed victory in just over an hour.

Świątek will face Madrid Open champion Ons Jabeur of Tunisia in the final, after the ninth seed battled past Russian Daria Kasatkina, playing as a neutral, 6-4, 1-6, 7-5.

Jabeur was a game away from defeat before turning around her quarter-final against Greece’s Maria Sakkari yesterday, and was a point away from defeat today when she trailed 5-4 in the third.

A forehand winner on to the sideline saved the match point, with Jabeur winning three straight games to seal victory in just under two hours, and extend her winning streak to 11 matches.