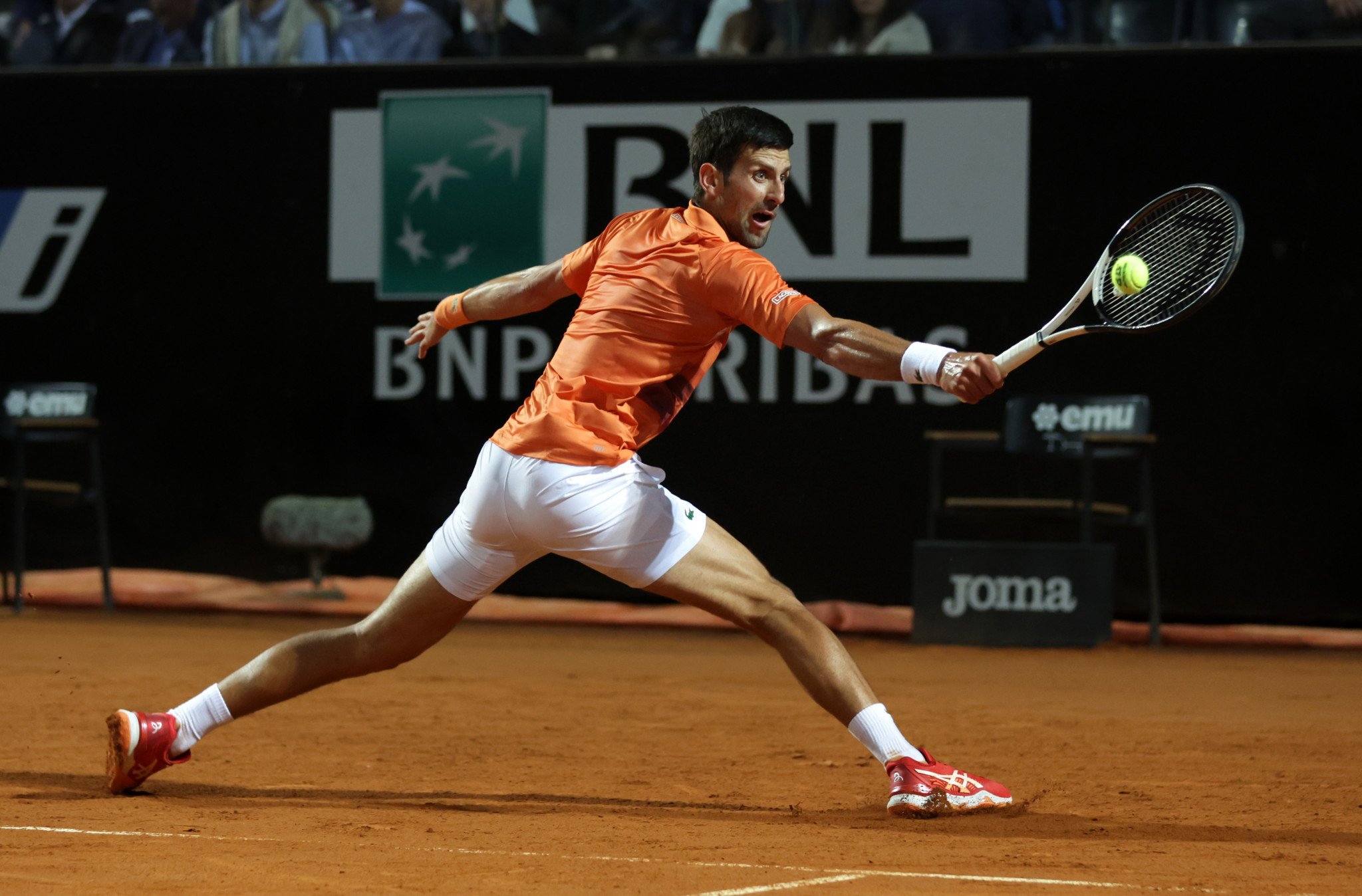 In the men’s draw, world number one Djokovic was pushed all the way by Auger-Aliassime, with the Serbian taking a shade over two hours to triumph 7-5, 7-6.

Djokovic’s victory in the final match of the day at the Foro Italico in Rome, puts him back to number one in the live rankings.

Djokovic will take on fifth seed Casper Ruud of Norway, who defeated Denis Shapovalov of Canada in another tight affair 7-6, 7-5.

Tsitsipas will take on second seed Alex Zverev in the semi-finals, after the German overcame Cristian Garin of Chile 7-5, 6-2.

In the women’s draw, Świątek won a 26th consecutive match overcoming Canadian Bianca Andreescu 7-6, 6-0 with the Polish player powering through the second set.

Świątek will face third seed Aryna Sabalenka in the last four, after the Belarusian, playing as a neutral, came from a set down to beat Amanda Anisimova of the United States 4-6, 6-3, 6-2.

Sakkari was leading 5-2 in the second set before Jabeur reeled off five straight games to dramatically turn the contest around.

Jabeur will take on Russian Daria Kasatkina, playing as a neutral, in the last four, with Kasatkina advancing after her opponent Jil Teichmann of Switzerland retired with a left thigh injury, with the scoreline at 6-4, 3-2 in Kasatkina’s favour.

The semi-finals in both the men’s and women’s singles competitions at the joint Association of Tennis Professionals Masters 1000 and Women’s Tennis Association 1000 tournament are due to take place tomorrow.