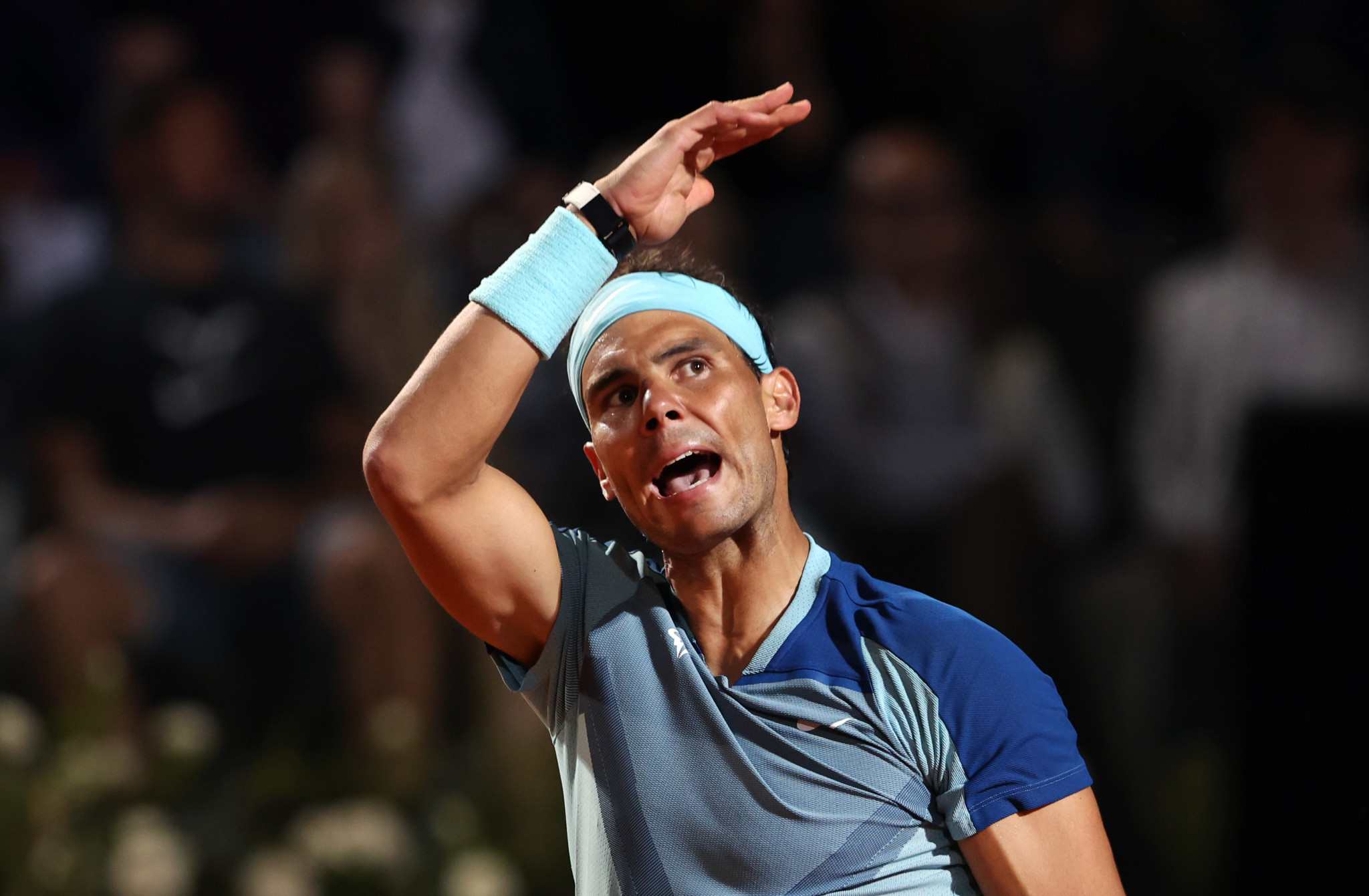 Defending men’s champion Rafael Nadal struggled with a foot injury as he was beaten in the third round of the Italian Open by Denis Shapovalov in three sets.

Nadal, the third seed, stormed to the first set, but fell away dramatically in the decider to his Canadian opponent, during the third round of the joint Association of Tennis Professionals Masters 1000 and Women’s Tennis Association 1000 tournament in Rome.

The Spaniard won the first set 6-1, before Shapovalov took the second 7-5 breaking Nadal’s serve to force a decider.

"I had my foot again with a lot of pain," Nadal said in his post-match media conference.

"I am a player living with an injury; it is nothing new. It's something that is there."

Nadal added that he was still hoping to challenge for a 14th French Open title at the Grand Slam tournament, due to begin on May 22, and that he would have his doctor with him at Roland Garros.

In the women’s draw at the Foro Italico, second seed Paula Badosa of Spain was the highest-ranked player to suffer defeat, as she was beaten in straight sets by Russian player Daria Kasatkina.

In a match that featured more breaks of serve than holds, Kasatkina, playing as a neutral battled past Badosa 6-4, 6-4 in a contest that finished at 12.45am local time.

Top seed and world number one Iga Świątek of Poland won her 25th consecutive match as she swept aside Belarusian Victoria Azarenka, playing as a neutral, 6-4, 6-1.

Third seed and fellow Belarusian player Aryna Sabalenka, also playing as a neutral, overcame Jessica Pegula of the US, last week’s runner-up at the Madrid Open, 6-1, 6-4.

The quarter-finals of the men’s and women’s singles events are all scheduled to be played tomorrow.