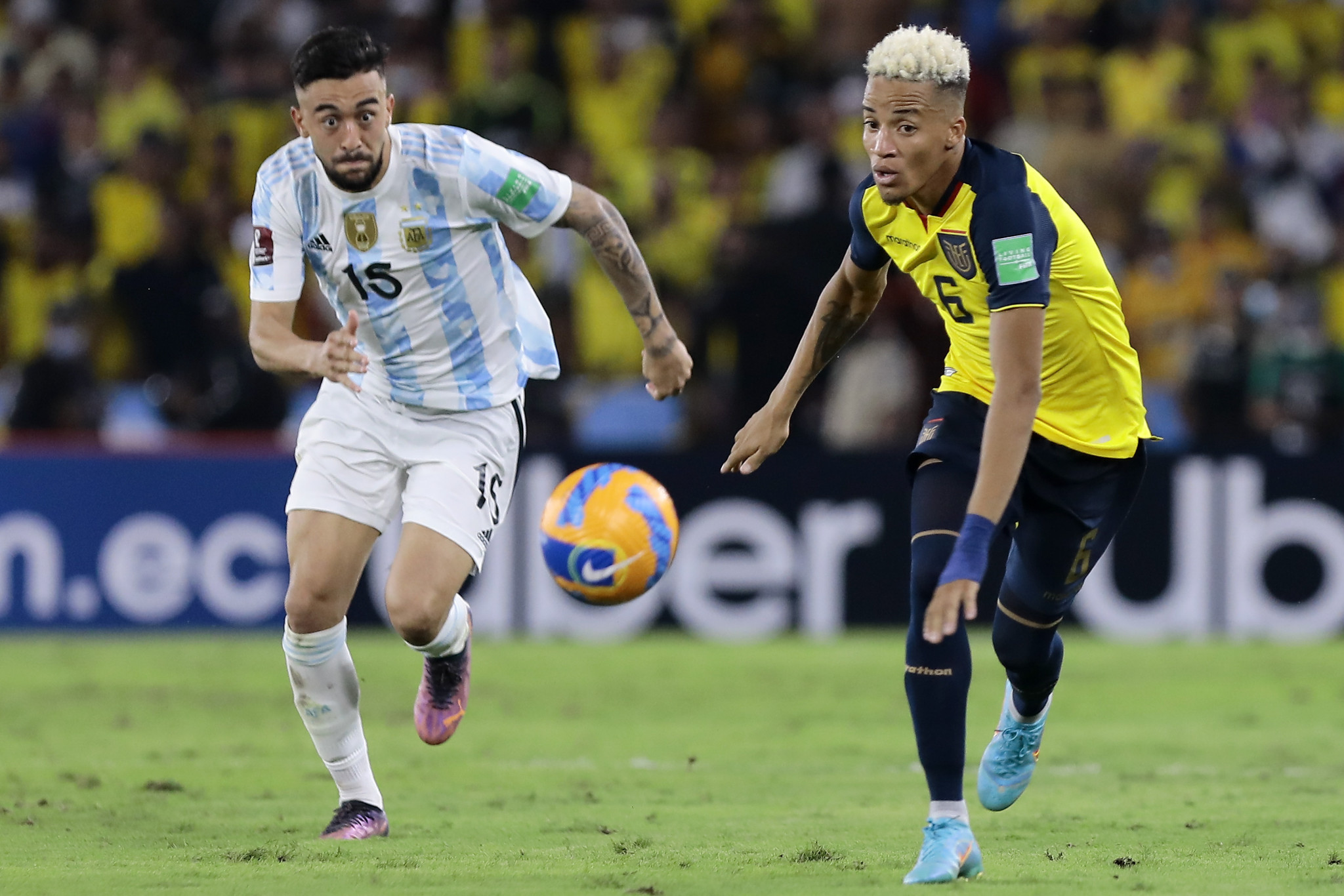 The FIFA Disciplinary Committee has opened an investigation into claims Ecuador fielded an ineligible player in qualifying matches for this year's World Cup.

The Football Federation of Chile (ANFP) alleges that Byron Castillo, who made eight appearances in Ecuador's qualification campaign, was actually born in Colombia and is three years older than Ecuadorian officials say.

Castillo played in both of Ecuador's matches versus Chile - a win and a loss for La Tri.

Should the eight games he appeared in be classified as 3-0 wins for Ecuador's opponents, as is standard practice were Castillo deemed to be ineligible, Chile would jump from seventh to fourth in the South American standings and qualify for the World Cup.

Ecuador would miss out, while Peru would remain fifth and still face a playoff versus Australia.

Following receipt of the ANFP complaint and launch of an investigation, the Ecuadorian Football Federation (FEF) and Peruvian Football Association have been invited to submit their positions to the FIFA Disciplinary Committee.

The FEF has emphatically denied the Chilean allegations.

Castillo has previously faced doubt over his permission to play for Ecuador, with suggestions he is in fact Colombian preventing the player from making a full international debut until September 2 last year.

It also claims the FEF investigation into Castillo determined he was Colombian, after a civil probe deemed a birth certificate presented by the player to be inconsistent with other records and potentially fraudulent.

"All this, obviously, was fully known by the FEF", the ANFP said in a statement when first making the allegations.

"The world of football cannot close its eyes to so many tests.

"The practice of serious and conscious irregularities in the registration of players cannot be accepted, especially when we are talking about a world competition.

"There must be fair play on and off the pitch."

Ecuador have been drawn alongside hosts Qatar, The Netherlands and African champions Senegal in the group stages of this year's men's World Cup.