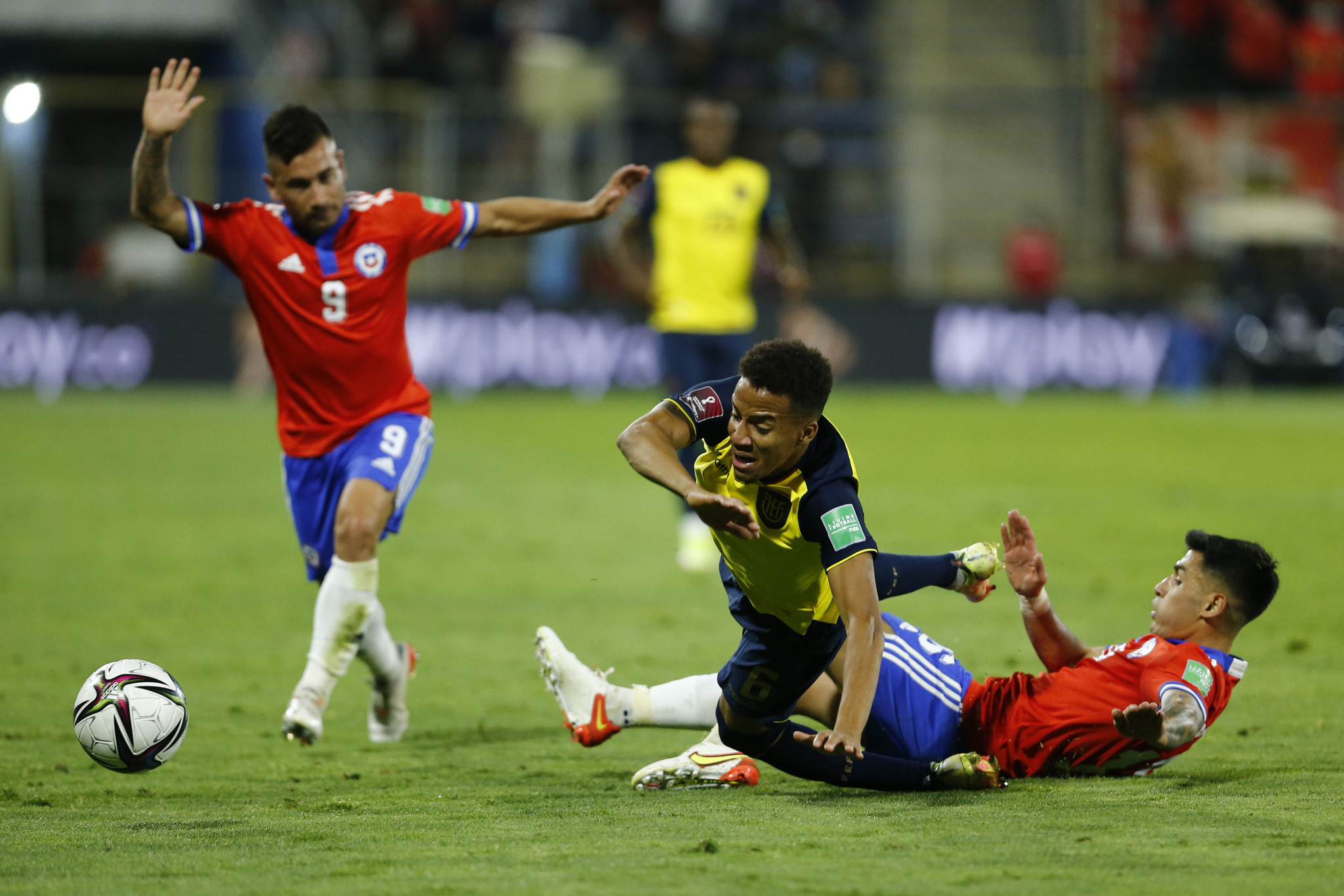 The Football Federation of Chile (ANFP) has launched a last-ditch appeal to qualify for this year's FIFA World Cup, claiming Ecuador fielded an ineligible player in qualifying.

Defender Byron Castillo was born in Colombia in 1995, not in Ecuador in 1998 as he claims, according to the ANFP, which has lodged a complaint with the FIFA Disciplinary Committee.

The Ecuadorian Football Federation (FEF) denies the claim and insists Castillo is eligible to play for the country.

Castillo has previously faced doubt over his permission to play for Ecuador, with suggestions he is in fact Colombian preventing the player from making a full international debut until September 2 last year.

It also claims the FEF investigation into Castillo determined he was Colombian, after a civil probe deemed a birth certificate presented by the player to be inconsistent with other records and potentially fraudulent.

"All this, obviously, was fully known by the FEF", the ANFP said in a statement.

"The world of football cannot close its eyes to so many tests.

"The practice of serious and conscious irregularities in the registration of players cannot be accepted, especially when we are talking about a world competition.

"There must be fair play on and off the pitch."

The FEF has strenuously denied this version of events.

Ecuador finished fourth in South American World Cup qualifying, earning a place at the tournament where they have been drawn alongside hosts Qatar, The Netherlands and African champions Senegal.

However, should Castillo be declared ineligible, the eight games in which he played would be liable to be declared 3-0 wins for Ecuador's opponents.

This would knock Ecuador out of a qualification spot and greatly benefit Chile, who drew 0-0 away with La Tri and lost 2-0 at home - both games in which Castillo played.

Were Chile awarded 3-0 wins in these matches, La Roja would climb from seventh to fourth in the qualification standings, leapfrogging fifth-placed Peru - who face a playoff versus Australia - as well as Colombia and Ecuador.