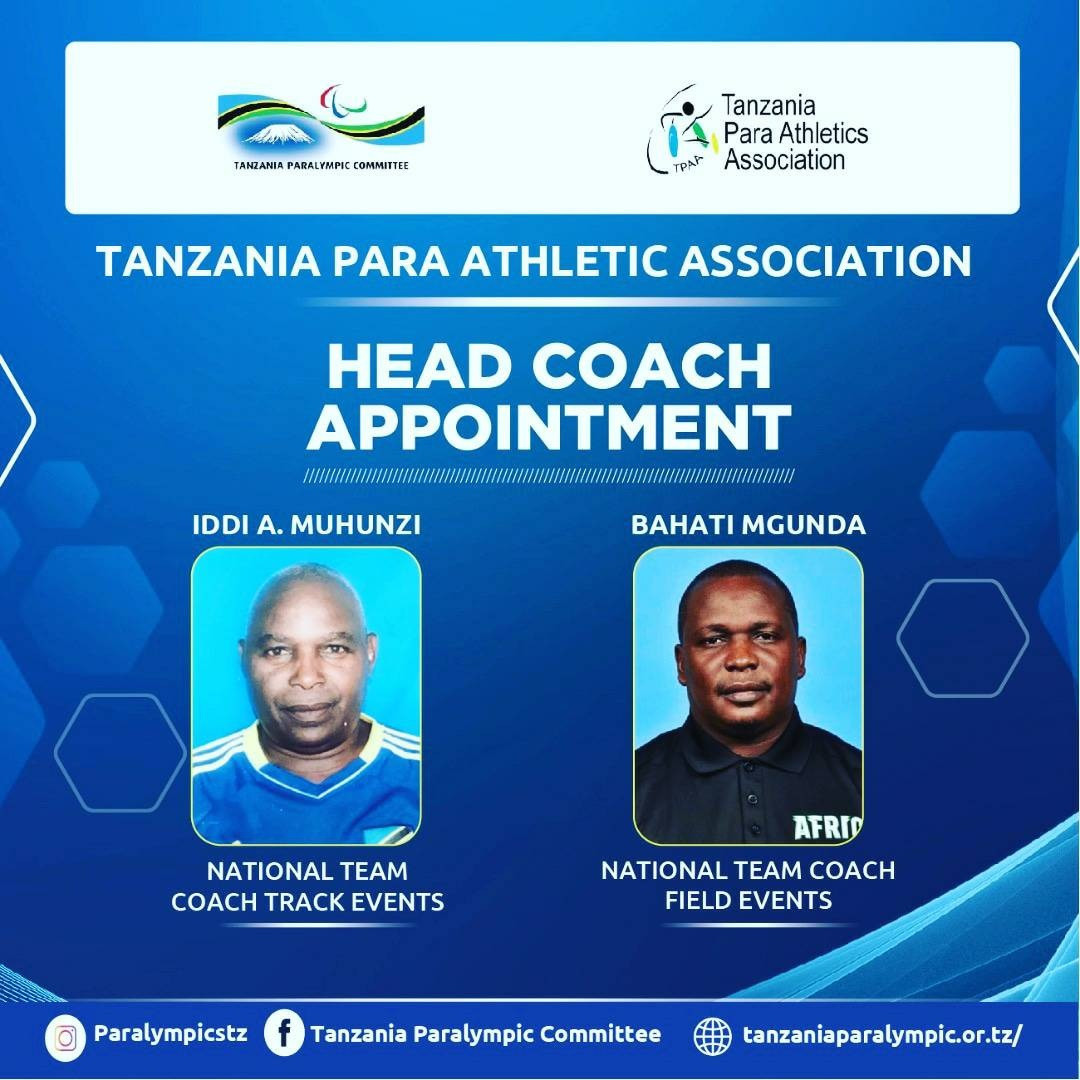 Idd Muhunzi and Bahati Mgunda have been put in charge of Tanzania’s Paralympic athletics team and tasked with securing more medals on the international stage.

The Tanzania Paralympic Committee (TPC) has announced the appointment of the two coaches as preparations for the Paris 2024 Paralympics start to take shape, with Muhunzi set to focus on track events and Mgunda on field disciplines.

"TPC has opted to parade the two coaches tasked to accelerate the growth of the sport in accordance with agendas of the committee," said Namkoveka in a report by Tanzania Daily News.

"Also, their selection has been based on their competitive Para coaching skills, volunteerism and vision to see that Para athletics in the country is moving forward to the right direction and helping athletes to clinch more medals in international games."

Namkoveka said the TPC was also on the lookout for a wheelchair racing coach.

"TPC wishes the two coaches all the best in their endeavour to promote Para athletics and we believe that they will be able to promote standards of our domestic athletes so that they can withstand international competitions," added Namkoveka.