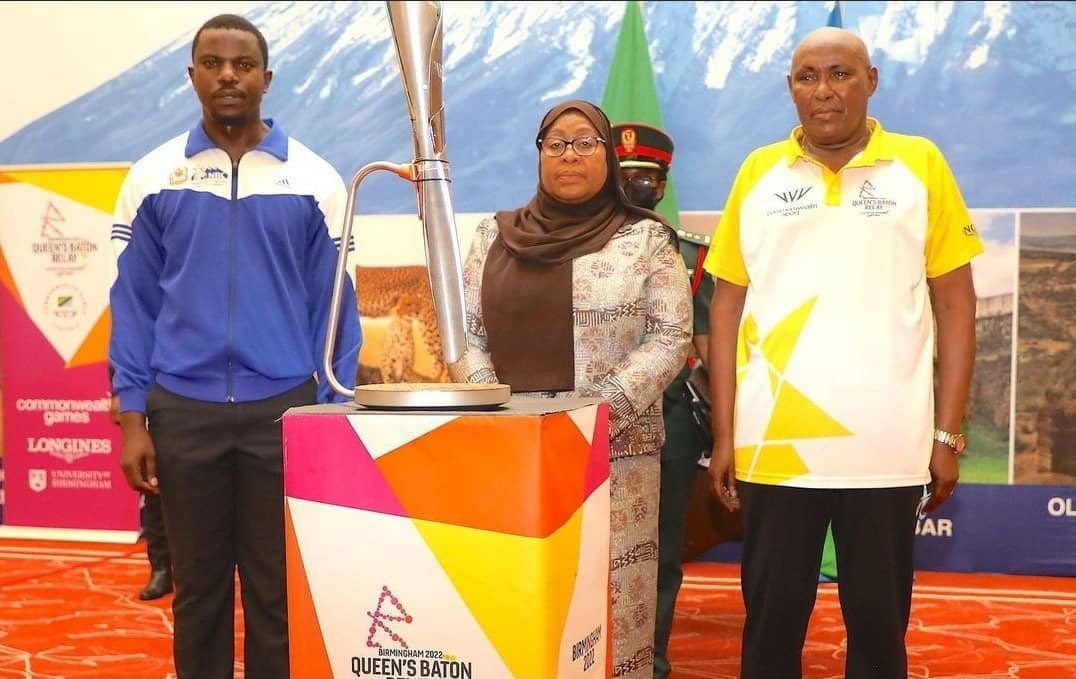 The Queen’s Baton is now heading for Malawi from Tanzania as it continues its 294-day journey.

In the last few days, it has been carried by many hoping to make their names at Birmingham 2022.

It has also been held by a man who holds a place never to be forgotten in Commonwealth Games lore.

Filbert Bayi is now secretary general of the Tanzanian Olympic Committee, but many still remember his epic race with New Zealand’s John Walker at the 1974 Commonwealth Games in Christchurch when he set a world record 3min 32.16sec.

It fell to Bayi to present the Baton to Tanzanian President Samia Suluhu Hassan.

"It is a wakeup call to regain lost glory," the President said.

He won the gold medal at Melbourne 2006.

A few days earlier the Baton had been in Uganda.

As part of the precautions instigated against COVID-19, each country chooses a courier to the next destination.

It was received by Uganda’s First Lady and Sports Minister Janet Museveni.

"It is a true testament to the power of sport to unite the world," she said.

At the Ugandan Parliament, Deputy Speaker Anita Among received it wearing the full regalia and robes of office, including the traditional wig.

The QBR had arrived by boat where a highly unusual carrier was observed.

"Easy" the chimpanzee was curious to explore the unusual features of the Birmingham 2022 Baton.

These include a monitor of air quality.

Youngsters from the Urban Refugee team at the centre in Mirambo played football as they welcomed the Baton.

Rwanda was next on the itinerary.

It has only been a member of the Commonwealth since 2009 but there was a poignant moment when Relay runners visited a memorial at the Kigali Genocide Memorial Centre to remember the massacre of 1994.

The Baton also visited the Gahanga Cricket Stadium, an initiative set up in the wake of the atrocities.

The ground was built with charitable contributions from other nations.

Among its supporters is International Cricket Council World Cup winning England captain Heather Knight, who is set to lead the host nation in cricket at Birmingham 2022.

Cricketers Cathia Uwamahoro and Eric Dusingizimana were both given the opportunity to take the Baton.

They have set world records for continuous net practice and are recorded in the Guinness Book of Records.

Rwandan Ministry of Sport Secretary Didier Shema-Maboko was also on hand during the Relay’s visit to Rwanda.

"Hosting the Queen's Baton is an appreciation for the countries participating in the Games," Maboko said.

"It is an opportunity to rethink how sport should be connected with culture and development policies towards social change across the Commonwealth countries."

The Baton also toured the Nyandungu Urban Wetland Ecotourism Park to promote the message of sustainability.

It has now passed through 11 of the 71 nations and territories it will visit before it due to return to England in time for the opening of the Games on July 28.