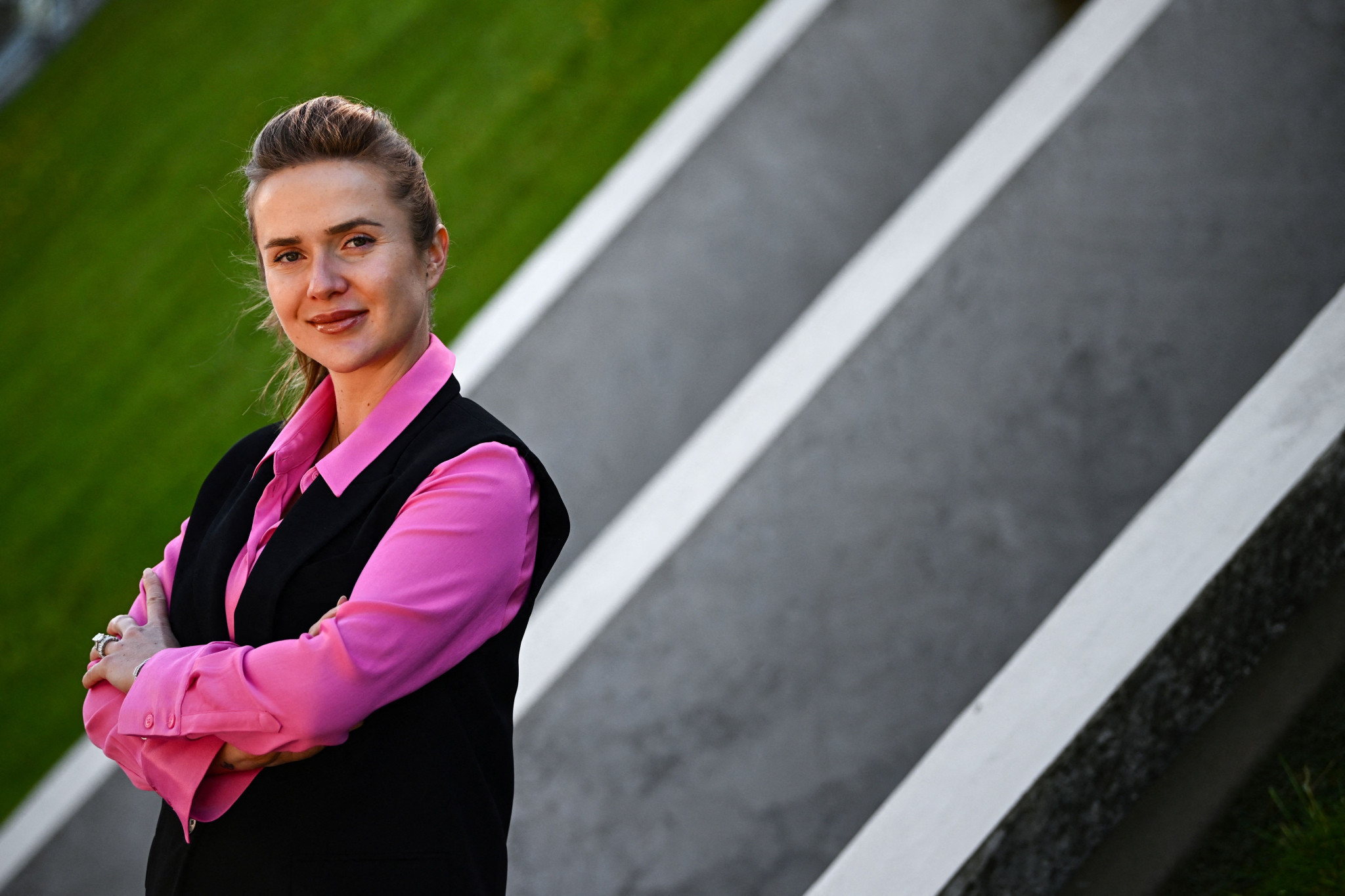 Ukrainian tennis player Elina Svitolina will miss this year’s French Open as she prolongs an indefinite break from the sport, insisting it is "impossible to perform" while her country remains under attack from Russian forces.

Olympic bronze medallist Svitolina has not played competitive tennis since March, when she made opted to step away from the game due to Russia’s invasion of Ukraine.

The French Open is set to start on May 22, but three-time quarter-finalist Svitolina confirmed that she would not be participating when speaking at this year’s Global Sports Week here in Paris.

"I will not be playing Roland Garros unfortunately," Svitolina told insidethegames.

"This is a decision that I made a couple of days ago.

"For me I just need to take time to settle down and be ready when I am [ready].

"I will be at the Roland Garros with Gaël [Monfils, her husband].

"I will be supporting him every step of the way but performing is a very different thing.

Asked when she will make a call on her return, Svitolina added: "The decision is going to come when the motivation is there.

"With the war happening you never know what to expect.

Russia launched a full-scale invasion of Ukraine, aided by Belarus, on February 24.

Since then, at least 3,459 civilians have been killed in Ukraine, according to the United Nations.

It is feared that the true figure is far higher, while more than 5.9 million people have fled Ukraine due to the war.

Svitolina said she had been horrified by the situation in her home country and felt it was too difficult to play tennis.

"When I was playing in Indian Wells and Miami it was impossible to focus, I didn’t perform as good as I wanted," Svitolina explained.

"I couldn’t focus properly on practice and on the match.

"This was devastating for me.

"I was mentally drained, and this is not good.

"I cannot perform at the highest level."

Svitolina’s home city of Odessa has been under bombardment, with Russian forces firing seven missiles on Monday (May 9).

"Every single day, something new is happening now," said Svitolina.

"Right now, the last few days have been so tough for my hometown of Odesa.

"It is being attacked and it is so tough to see.

"My home city where I spent my childhood getting bombed and on fire.

"For now, it is impossible to perform."

She admitted her break from tennis was "much-needed".

"For me lots of things have been happening since the last days of the war," said Svitolina.

"I have been extremely worried about my family and their safety so talking here today it is really something I wanted to speak about it.

"I am really happy that it brings the awareness of mental health.

"I think more and more people and athletes as well are sharing their stories and this definitely helps the athletes and people around the world to understand that they are not alone in tough moments.

"For now, I just take one day at a time.

"I try to take time just to settle with everything and for me the priority now is the safety of my family and my foundation."

Svitolina initially pulled out of a match against Russia's Anastasia Potapova at the Monterrey Open in Mexico in early March before performing a U-turn after tennis' international governing bodies jointly agreed to impose sanctions against Russian and Belarusian players.

The Women’s Tennis Association (WTA) and Association of Tennis Professionals (ATP) have stopped players from the two nations from competing under national flags.

Wimbledon organisers then announced that Russian and Belarusian players would be banned from participating at this year’s event.

The decision has been criticised by the WTA and ATP, while French Open organisers have refused to follow Wimbledon’s lead.

Svitolina insisted that Russian and Belarusian players must have to denounce the war to be allowed to compete.

"Wimbledon made a decision which was required because Russian and Belarusians didn’t want to speak publicly [about the war]," said Svitolina.

"For us, I think it is very important to know that there are no bad people among us.

"That is why if they cannot do that then unfortunately they have to be banned because propaganda of Russian sport is huge and politics are 100 per cent involved in sports in Russia.

"As you can see from the situated with the doping, the politics is very involved in Russian sport.

"To have players representing Russia is very tough to see because seeing the invasion of the army to our country is very painful to see."