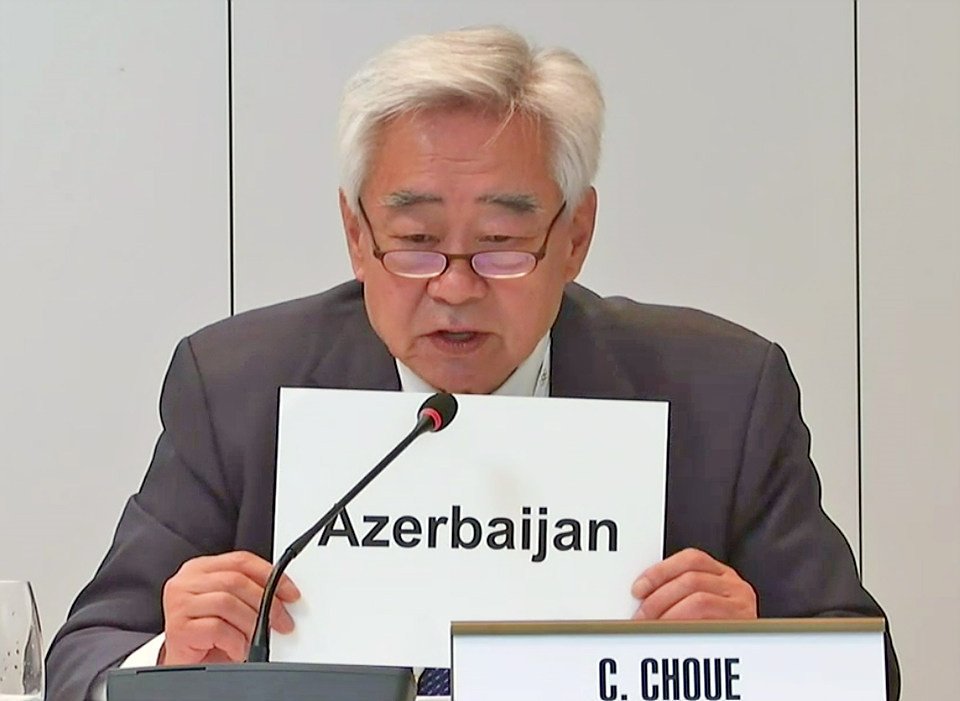 Baku has been named as the host of the 2023 World Taekwondo Championships, while this year's event has been moved from Cancun to Guadalajara.

The city defeated a rival bid from Wuxi after both made presentations at the meeting, which was attended by International Olympic Committee (IOC) President Thomas Bach.

It will be a special World Championships next year as it will coincide with the 50th anniversary of World Taekwondo.

"We are delighted to be joined in person by so many Council members here in Lausanne and of course it is also our honour to host IOC President Bach," said World Taekwondo President Chungwon Choue.

"We congratulate Baku on being awarded the 2023 World Taekwondo Championships and we have no doubt that with all their experience and expertise they will host a fantastic event to celebrate our 50th year.

"We also thank Wuxi for their bid.

"With the highly successful World Taekwondo Poomsae Championships in Goyang last month and our Rome World Taekwondo Grand Prix approaching next month, we can see that taekwondo is back in full swing.

"After a long time of disruption due to COVID-19, we are delighted that our athletes and fans have the opportunity to enjoy world-class taekwondo events once again."

Baku has hosted a number of major sporting events in recent years, including the inaugural European Games in 2015.

Wuxi's defeat is an interesting factor as the Chinese city was due to host the World Championships last year, before the event was postponed to 2022 because of the COVID-19 pandemic.

In January, it was announced that Wuxi would not host this year, either, with the event reallocated to Cancun.

But that event has now shifted locations again, with the Championships moving more than 2,000 kilometres west across Mexico to Guadalajara.

World Taekwondo said this was due to "political and financial difficulties".

Despite hoping to finally host in 2023, World Taekwondo has opted for Baku over Wuxi.

It comes amid strict COVID-19 policies in China which have resulted in the postponement of this year's Asian Games in Hangzhou.

The Summer World University Games in Chengdu have been moved to 2023, while the Asian Youth Games in Shantou have been cancelled.

China has adopted a tough "zero COVID" policy with major cities such as Shanghai being forced into strict and lengthy lockdowns, despite reported case numbers being relatively low.

There were only 324 reported cases across the whole of the country yesterday.

At the meeting, Bach presented Choue with the IOC President's Trophy - Olympic House.

Special mention was made to the Hope and Dreams Taekwondo Championships, which was hosted by the Taekwondo Humanitarian Foundation for more than 200 refugees in Jordan.

"I have the pleasure to welcome President Choue and the World Taekwondo Council today to the Olympic House," said Bach.

"Now, it is really impressive that World Taekwondo is becoming the leader in virtual combat sport by combining physical activity and virtual reality.

"We look forward to further advancing our partnership and friendship."

After the meeting, the Council were taken on a tour of Olympic House and attended a lunch hosted by Bach.

The next World Taekwondo Council meeting is scheduled to take place on August 1, followed by the General Assembly.

This is due to take place alongside the World Taekwondo Cadet and Junior Championships in Sofia.