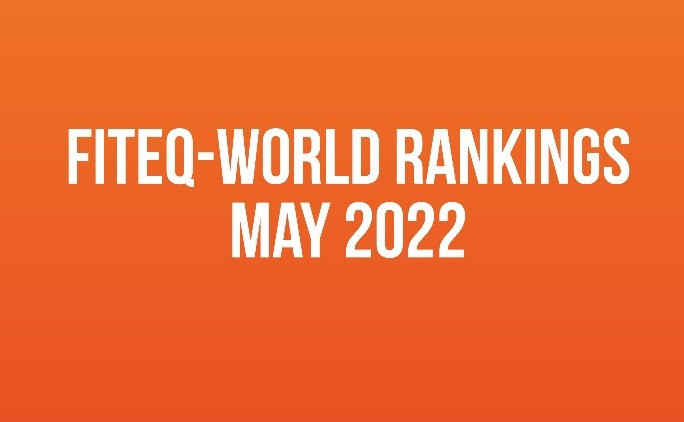 Nikola Mitro and Bogdan Marojevic of Serbia have increased their lead at the top of the International Federation of Teqball (FITEQ) men's doubles world rankings after winning another European Teqball Tour title.

The Serbian pair climbed to the summit earlier this year after claiming gold at the World Championships last December and have continued to impress.

Last weekend saw Mitro and Majokevic triumph in the European Teqball Tour event in the Romanian city of Tirgu Mures, after they beat Hungarians Bence Forgacs and Matyas Odnoga 12-7, 12-10 in the final.

It capped an unbeaten month for the duo who have moved further clear of Hungarian rivals Csaba Banyik and Adam Blazsovics.

The men's doubles top 10 remains the same as last month but Balazs Katz and Balazs Velkey of Hungary look set to change that after an impressive set of results, including a bronze medal in Romania.

Csaba Banyik and Zsanett Janicsek of Hungary also strengthened their position at the top of the mixed doubles standings.

The pair added another gold medal to their growing collection following a series of dominant displays at the European Teqball Tour competition in Tirgu Mures.

France's Hugo Rabeux and Amelie Julian climbed into the top 10 after finishing fourth in the Romanian city, while former world champions Marcos Vieira and Natalia Guitler of Brazil dropped two places to 12th.

Hungary's Adam Bako was the biggest mover as he rose 11 places from 30th to 19th.

Carolyn Greco and Margaret Osmundson of the United States maintain their number one ranking in the women's doubles after winning last month's USA Teqball Tour event in Los Angeles.

The American pair came from behind to beat Vania Moraes da Cruz and Thuany Karoline Platt of Brazil 4-12, 12-1, 12-7 to seal the title.

The performance from the Brazilians saw them rise from 29th to 12th as the top 10 remains unchanged.