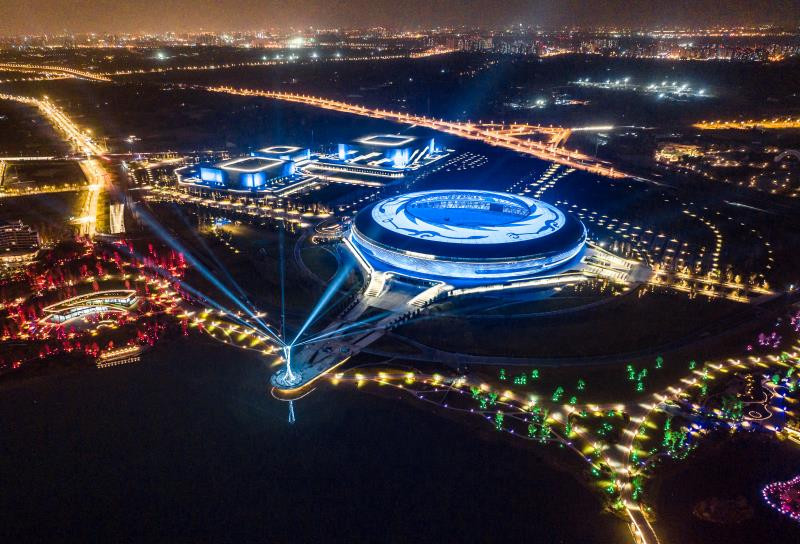 The International University Sports Federation (FISU) Summer World University Games in Chengdu is expected to be postponed for the second time, insidethegames understands.

The Games had initially been scheduled to take place from June 26 until July 7 last year, but were pushed back to 2022 due to the COVID-19 pandemic.

The South China Morning Post reported a second postponement was possible due to ongoing complications caused by the pandemic and travel restrictions.

insidethegames understands an official announcement is expected from the Chinese Government to confirm a second postponement of the university sport event.

COVID-19 concerns have persisted in the build-up to the Games, with British Universities and Colleges Sport (BUCS) announcing in March that it would not be sending athletes to Chengdu.

The decision followed New Zealand and Canada also withdrawing from the event.

Health and safety concerns with regards to the COVID-19 pandemic were cited by many as the reason to not participate.

Doubts over the Games taking place were raised following lockdowns being ordered in several major Chinese cities, as the country sought to control the spread of COVID-19.

Shanghai has been one of the hardest hit cities, having been in lockdown for the past five weeks.

China had hoped to use a similar system to the Beijing 2022 Winter Olympic and Paralympic Games to ensure Chengdu 2021 could be held.

The organisers carried out around 2.5 million tests with 463 positive cases recorded and upcoming event organisers will likely follow a similar approach.

They entered a closed loop upon arrival at the airport and after testing negative for coronavirus.

Some Olympians complained that conditions within the closed loop, especially for close contacts and those who tested positive, were draconian, but Beijing 2022 highlighted the low number of cases as evidence of the closed loop’s success.

The COVID-19 pandemic has already caused the cancellation of the Lucerne 2021 Winter World University Games.

A second postponement could see Chengdu 2021 move into 2023.

The Russian city Yekaterinburg had been scheduled to stage the 2023 FISU Summer World University Games.

The Games in Yekaterinburg were scheduled to take place from August 8 to 19 in 2023.

Russian officials claimed the Games were being transferred to a later date.

The Rhine-Ruhr region in Germany is set to host the Games in 2025, while the attribution 2027 event is expected to top the agenda at a FISU Executive Committee meeting in November.