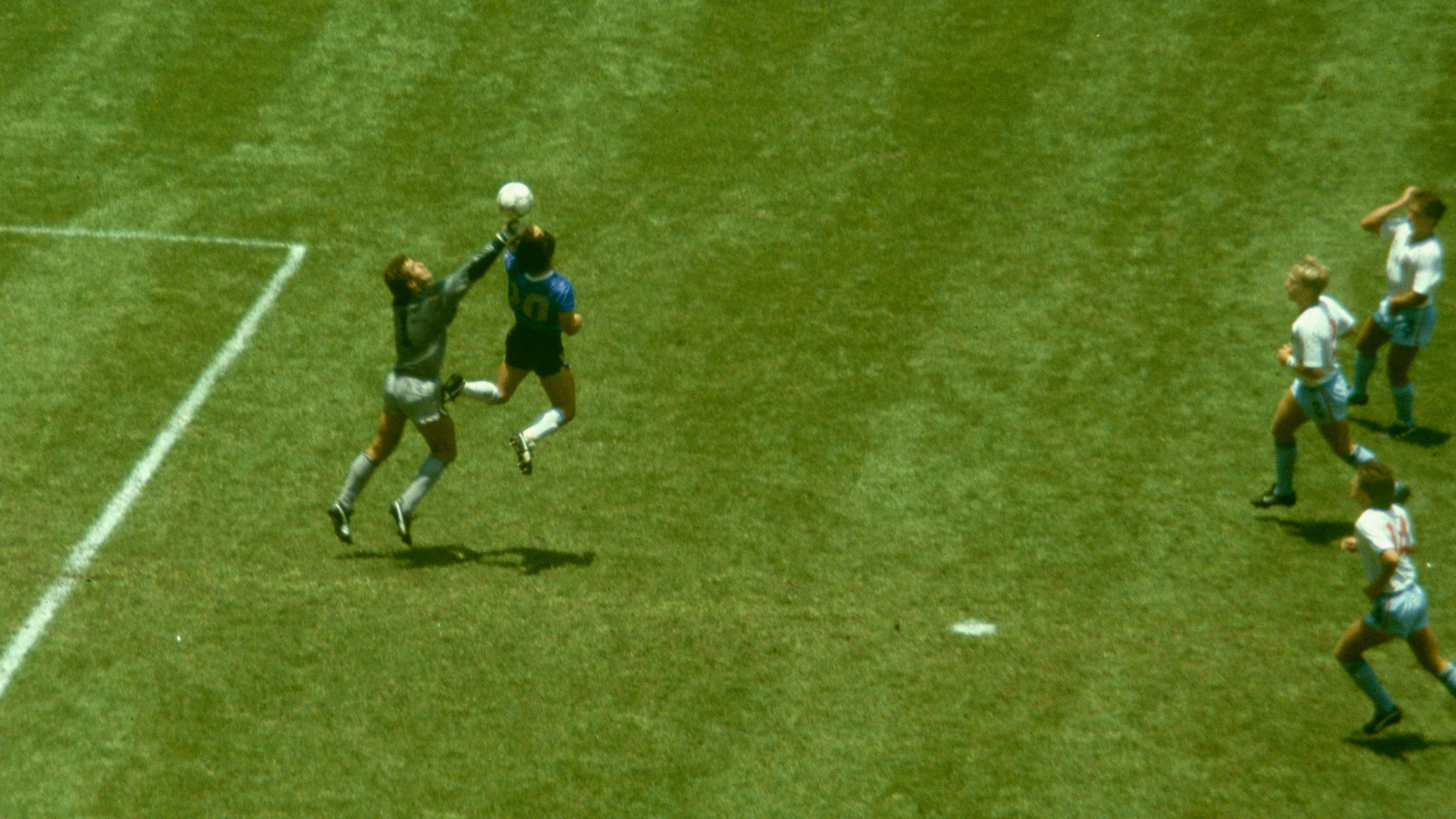 The shirt worn by Argentina footballer Diego Maradona during the quarter-final of the 1986 FIFA World Cup, when he scored his famous Hand of God goal against England, has sold at auction for £7.1 million ($8.9 million/€8.4 million).

Auction house Sotheby’s announced the sale of the shirt online, for what is a record amount for an item of sports memorabilia.

The sale of the shirt beats the mark of $8.8 million (£6.9 million/€8.2 million) that previously belonged to a historic manuscript in which Baron Pierre de Coubertin laid out plans to revive the Olympic Games.

The manuscript was purchased for that amount by Alisher Usmanov, the Uzbek-Russian billionaire who was President of the International Fencing Federation until stepping aside after being hit with international sanctions related to the invasion of Ukraine.

Usmanov later donated the manuscript to the Olympic Museum in Lausanne, Switzerland.

Former England international Steve Hodge put the shirt up for sale after acquiring it at the full-time whistle of the World Cup match at the Estadio Azteca in Mexico City, which Argentina won 2-1 thanks to a double from Maradona.

Maradona's family had claimed the Argentina legend changed shirts at the interval of the famous quarter-final, and that the shirt actually worn when he scored the brace is elsewhere, but Sotheby's has dismissed such claims and insisted that "scientific research" had proven it is the correct item.

The shirt was put up for sale for a reserve price of £4 million ($5 million/€4.7 million), a target that was met two weeks before bidding closed.

Argentina went on to win the tournament, defeating West Germany 3-2 in the final.

He played in four World Cups, and as well as the winner in 1986 he was also a runner-up four years later, when Argentina lost 1-0 to West Germany.