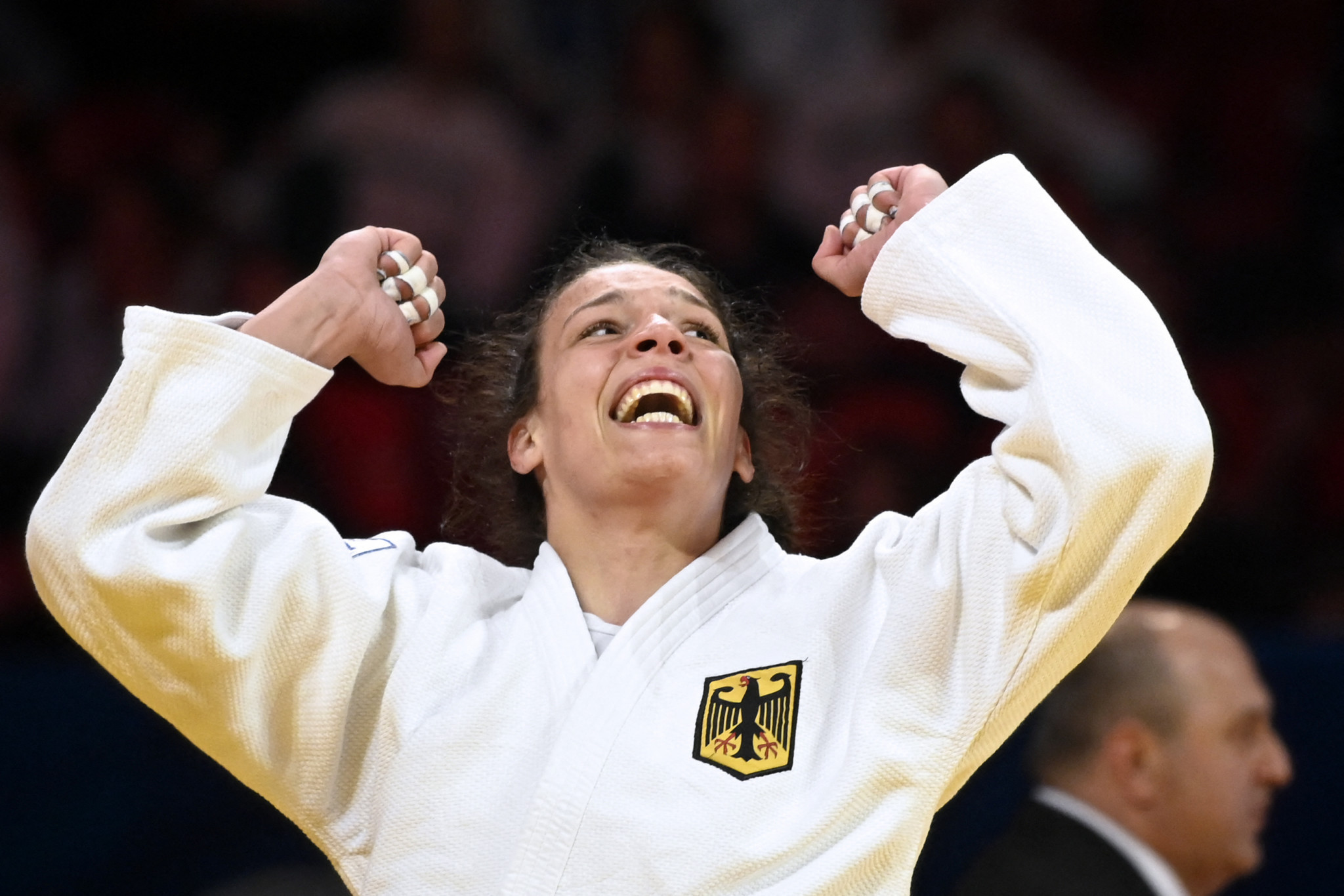 Alina Böhm won a shock women’s under-78 kilograms gold medal on the final of the European Judo Championships in Sofia, defeating Dutch athlete Guusje Steenhuis in the final.

The German showed no signs of past injuries affecting her and also beat Italy’s Olympian and former world junior champion Alice Bellandi in the semi-finals.

"I felt really good in my skin today, I didn’t really have expectation, I just wanted to go fight by fight and felt strong, each contest was better and better," Böhm said.

"It was actually a special day for me, I can feel the magic in this hall because I won my cadet European title here in 2015, it is so amazing that I managed to do it again."

France enjoyed greater success in the women’s over-78kg category as Romane Dicko got the better of Israel’s Raz Hershko in the final.

Italy secured another bronze through an Asya Tavano victory versus Poland's Kinga Wolszczak.

Sebile Akbulut increased Turkey’s medal tally once she condemned The Netherlands’ Marit Kamps to defeat in their bronze-medal match.

Theodoros Tselidis of Greece and Mammadali Mehdiyev of Azerbaijan achieved bronze medals in the division.

The Netherlands’ Michael Korrel upset his competition today as he progressed past two-time world champions Jorge Fonseca of Portugal and Nikoloz Sherazadishvili of Spain to reach the under-100kg semi-finals.

The world bronze medallist bettered compatriot Simeon Catharina in the final four before bettering Poland’s Piotr Kuczera to pick up the gold.

Sherazadishvili progressed to claim one of the bronze medals, as did Switzerland’s Daniel Eich.

Tushishvili settled for bronze alongside Roy Meyer of The Netherlands.

France topped the medals table at Armeets Arena, with three gold, two sliver and three bronze, while the Dutch shot up to second thanks to a brilliant final day.