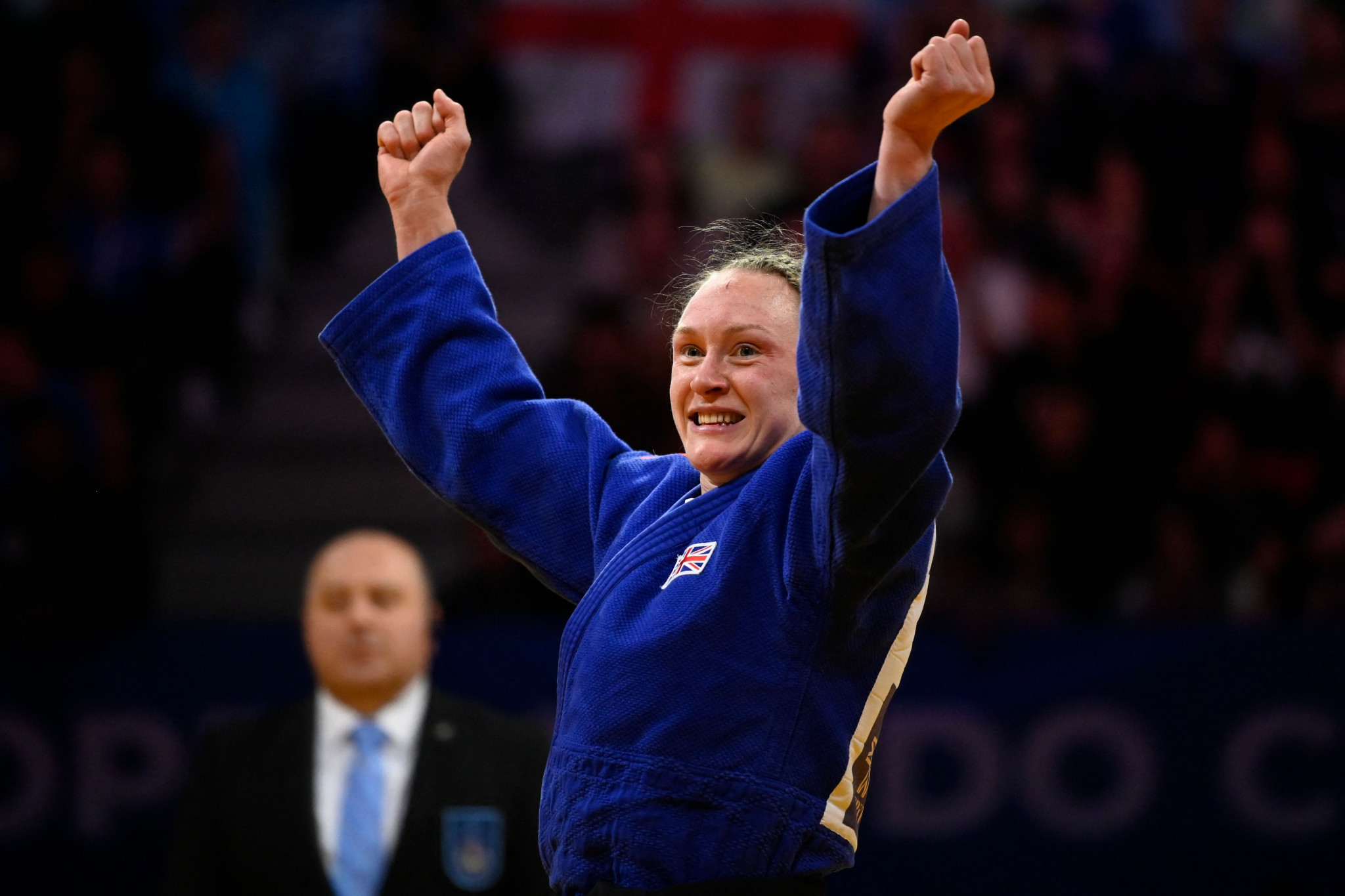 Unseeded Gemma Howell dominated the women’s under-63 kilograms division at the European Judo Championships to claim Britain’s second gold medal of the event in Sofia.

The victory was confirmed once Howell registered a second waza-ari to secure her first major title at the age of 31.

"I always knew it was a tough draw and I was in for a hard day, but I just took it one fight at a time, just like any other competition," Howell, who in 2018 won a continental bronze medal at under-70kg, said.

"I went into each contest with a game plan and I am so happy that all the hard work has paid off."

Özbas recovered from her loss to take bronze against Czech Renata Zachová, while Israel’s Gili Sharir defeated Cristina Cabana Perez of Spain for the other bronze.

In the other women’s division contested today, France’s Marie-Eve Gahié took down defending champion Sanne Van Dijke of The Netherlands to win under-70kg gold via ippon.

This is the former world champion’s first European gold medal.

Slovenia’s Anka Pogačnik and France’s Margaux Pinot picked up bronzes for their wins against Hilde Jager of The Netherlands and Michaela Polleres of Austria, respectively.

The second day at Armeets Arena was rounded off with Georgia’s Tato Grigalashvili securing the men’s under-81kg title in a bout against Belgium’s Matthias Casse, a Tokyo 2020 bronze medallist.

Hungary’s Attila Ungvári and Belgium’s Sami Chouchi were the winners of the bronze medals after they both defeated Ukrainian opposition.

The European Judo Championships are due to conclude tomorrow.