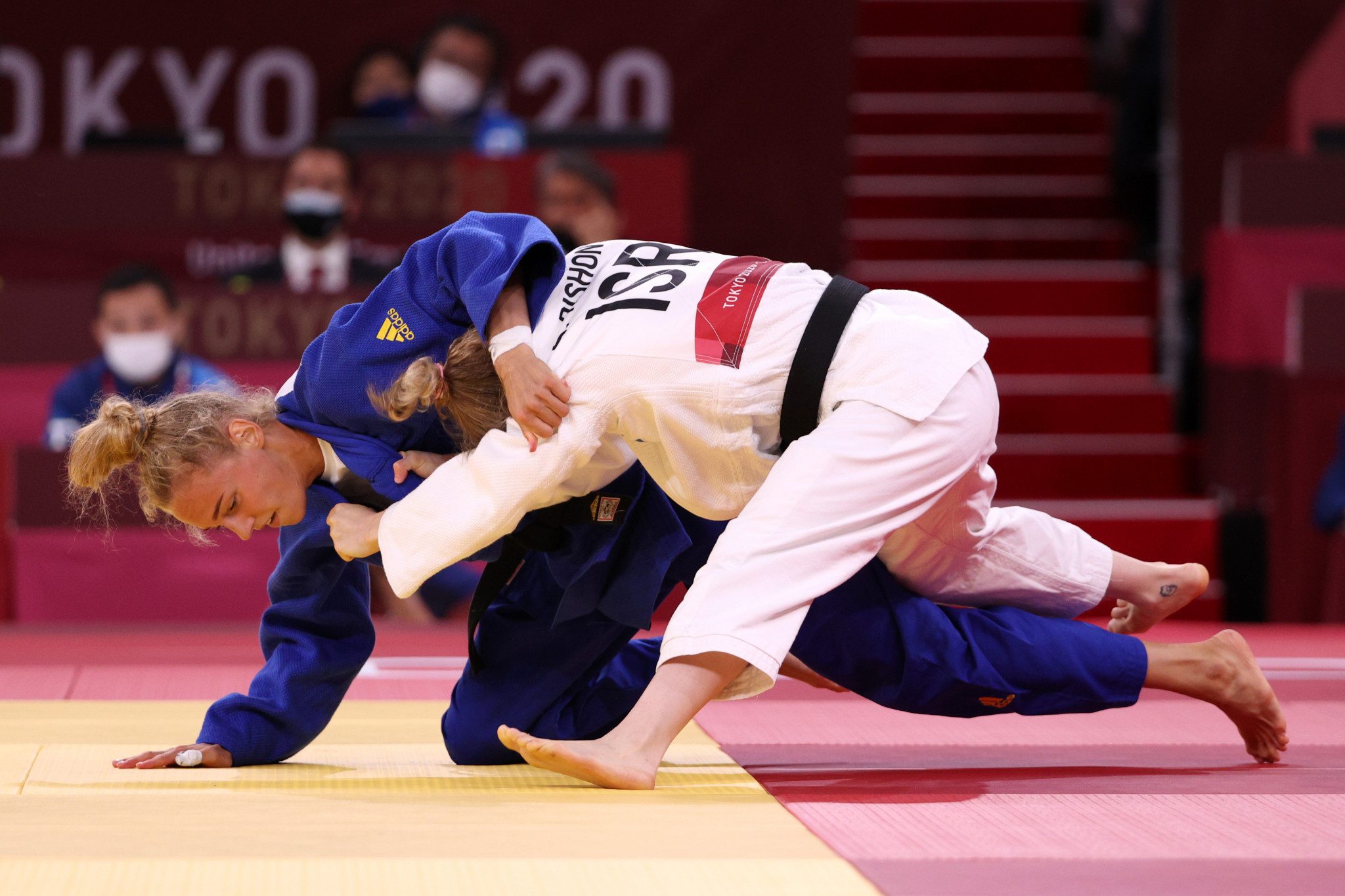 The 2022 European Judo Championships is set to start in the Bulgarian capital Sofia tomorrow with more than 300 judoka from 40 different countries, including Tokyo 2020 bronze medallist Daria Bilodid of Ukraine set to participate.

Bilodid, who has been training in Valencia, claimed bronze in the women's 48 kilograms event at the 2020 Summer Olympics in Tokyo.

The 21-year-old is a former European champion and won a silver at last year's edition of the event in Lisbon.

The men's team is led by Artem Lesyuk, an under-60kg gold medallist at the Tel Aviv Grand Slam this year.

Russian and Belarusian athletes have been banned from international sport in response to the invasion of Ukraine, however they are still permitted to compete under an International Judo Federation flag in Sofia.

Meanwhile, Slovenian Andreja Leški, who is the second seed and ranked third in the world, is one of the big names competing in the under-63kg category.

French judoka Manon Deketer will be also fighting for the title.

Deketer has claimed bronze in Grand Slam events in both Paris and Tel Aviv.

Britain's Lucy Renshall, who has taken four Grand Slam golds in the past, joins the under-63kg category in Sofia.

Hedvig Karakas of Hungary, who has previously competed in the under-57kg category, will now make a big move and try her luck in the under-63kg division.

Karakas competed in the women's under-57kg in the last three summer Olympic Games.

The competition is scheduled to take place in Sofia from April 29 to May 1.