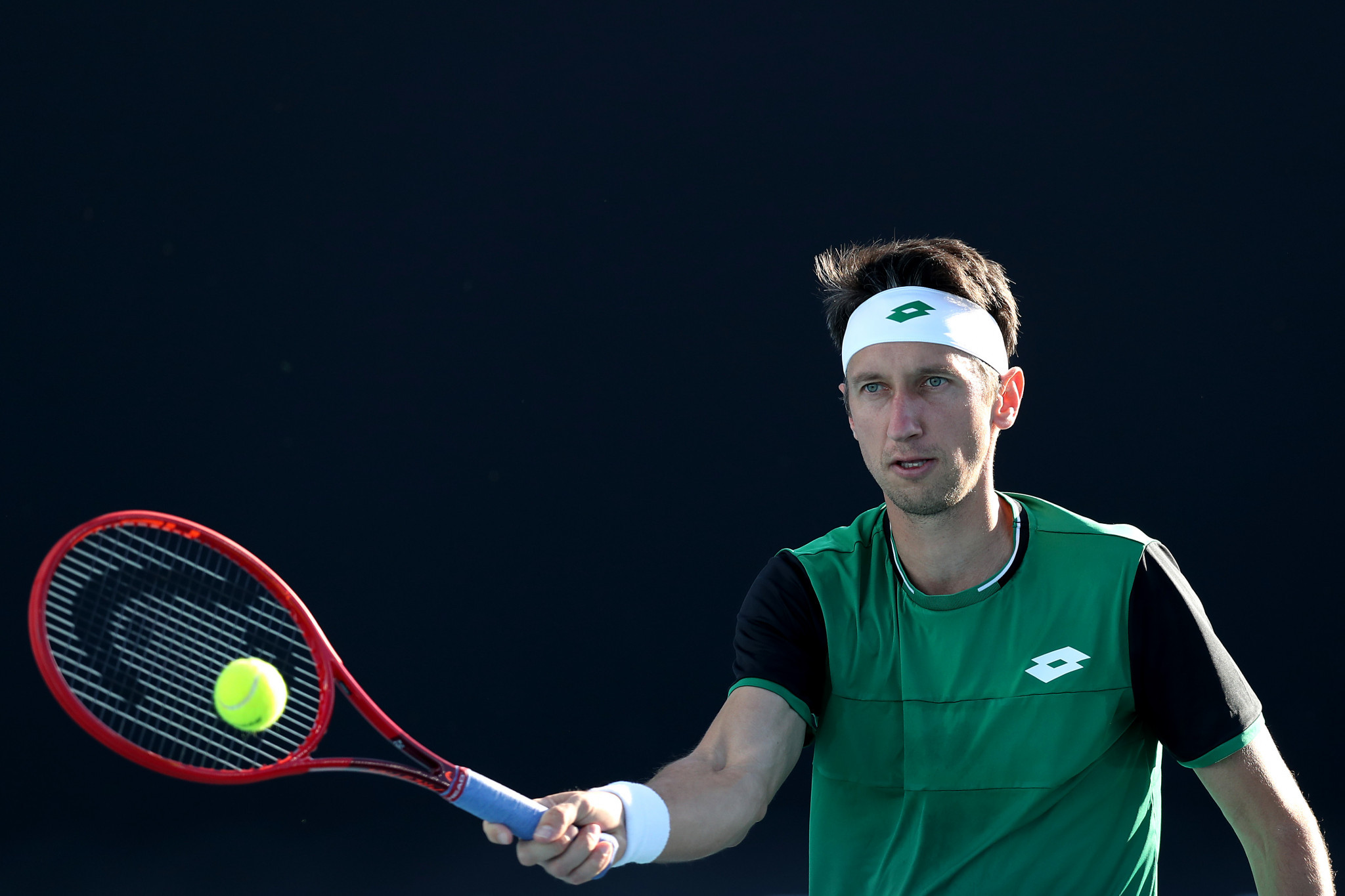 Retired Ukrainian tennis player Sergiy Stakhovsky, who has joined the country's military reserves to fight in the ongoing war with Russia, has backed Wimbledon's ban on Russian and Belarusian competitors at this year's tournament.

Organisers of the Grand Slam announced on Wednesday (April 20) that they would reject entries of players from both countries, ruling out the likes of Russia's men's singles US Open champion and world number two Daniil Medvedev, and Olympic mixed doubles champions Anastasia Pavlyuchenkova and Andrey Rublev, as well as Belarusian world number four Aryna Sabalenka.

Sports Minister Nigel Huddleston had previously suggested that Russian or Belarusian athletes would have to provide "assurance that they are genuinely neutral and therefore there isn't any connection with [Russian President Vladimir] Putin" to compete in the United Kingdom.

Wimbledon's decision has divided opinion, with the Women's Tennis Association and Association of Tennis Professionals both criticising the decision.

The International Tennis Federation has suspended the membership of the National Federations from both countries and banned them from its team competitions, including the Davis Cup and Billie Jean King Cup.

Stakhovsky retired from tennis after a first-qualifying-round exit at the Australian Open in January, and returned to his native Ukraine from his home in Budapest in March to assist with the defence of the country.

His most famous career victory came at Wimbledon in 2013, when he knocked out the Swiss defending champion Roger Federer in the second round.

The 36-year-old, whose highest men's singles career ranking was 31st, welcomed Wimbledon's stance that he admitted came as something of a surprise.

"I cannot say it was a joyful reaction but it is something I believe should be done," Stakhovsky was quoted by the Mail on Sunday.

"In the first two weeks of the war I was more laid back about it, thinking that every individual should be judged based on their stance, but we know how the Russian troops are behaving in the occupied cities.

"We know what they can do: slaughter, rape, torture.

"So I'm sorry, I now have a different view.

"To be honest I was a bit shocked because it is a very strong stance which I did not expect.

"But of course I am grateful for their decision because I don't think there is anything else that can be done right now."

Stakhovsky claimed that Russian players he had been in contact with had privately condemned the invasion of Ukraine.

"In the first two weeks I had a lot of messages, pretty much all of them said that privately they were against the war," he said, as reported by the Mail on Sunday.

"At first I answered to all the players but then the messages became overwhelming.

"I was having six hours rest between shifts so I didn't have enough time.

"I received hundreds of messages from all players and people in tennis and in the end I couldn't answer them."

Stakhovsky insisted that Russian and Belarusian players should speak out against the war, despite potential repercussions.

"You cannot be neutral," he argued, as reported by the Mail on Sunday.

"If they are scared about financial repercussions or spending a night in jail well I'm sorry, that is still better than a rocket landing on your doorstep."

Ukrainian women's singles Olympic bronze medallist Elina Svitolina has told BBC Radio 5 Live that Russian and Belarusian players who condemn the war should be permitted to compete, but has also urged tennis governing bodies to probe competitors' stances on the actions of Putin and Belarusian President Alexander Lukashenko.

Russia and Belarus have received significant sporting sanctions since the launch of what Moscow describes as a "special military operation" on February 24, with the International Olympic Committee recommending athletes and officials from both countries are banned from international competitions.

According to the United Nations, at least 2,435 civilians have been killed since the beginning of the military offensive, although it is feared the true figure is far higher, and more than 5.1 million people have been forced to flee Ukraine.

Several Russian athletes have faced sanctions over their perceived support for the invasion of Ukraine.

The International Swimming Federation has banned swimmer Evgeny Rylov for nine months after he attended a war rally led by Putin just two weeks after the invasion of Ukraine, although this effectively only covers 19 days given that Russian and Belarusian athletes and officials are banned from its events for the remainder of 2022.