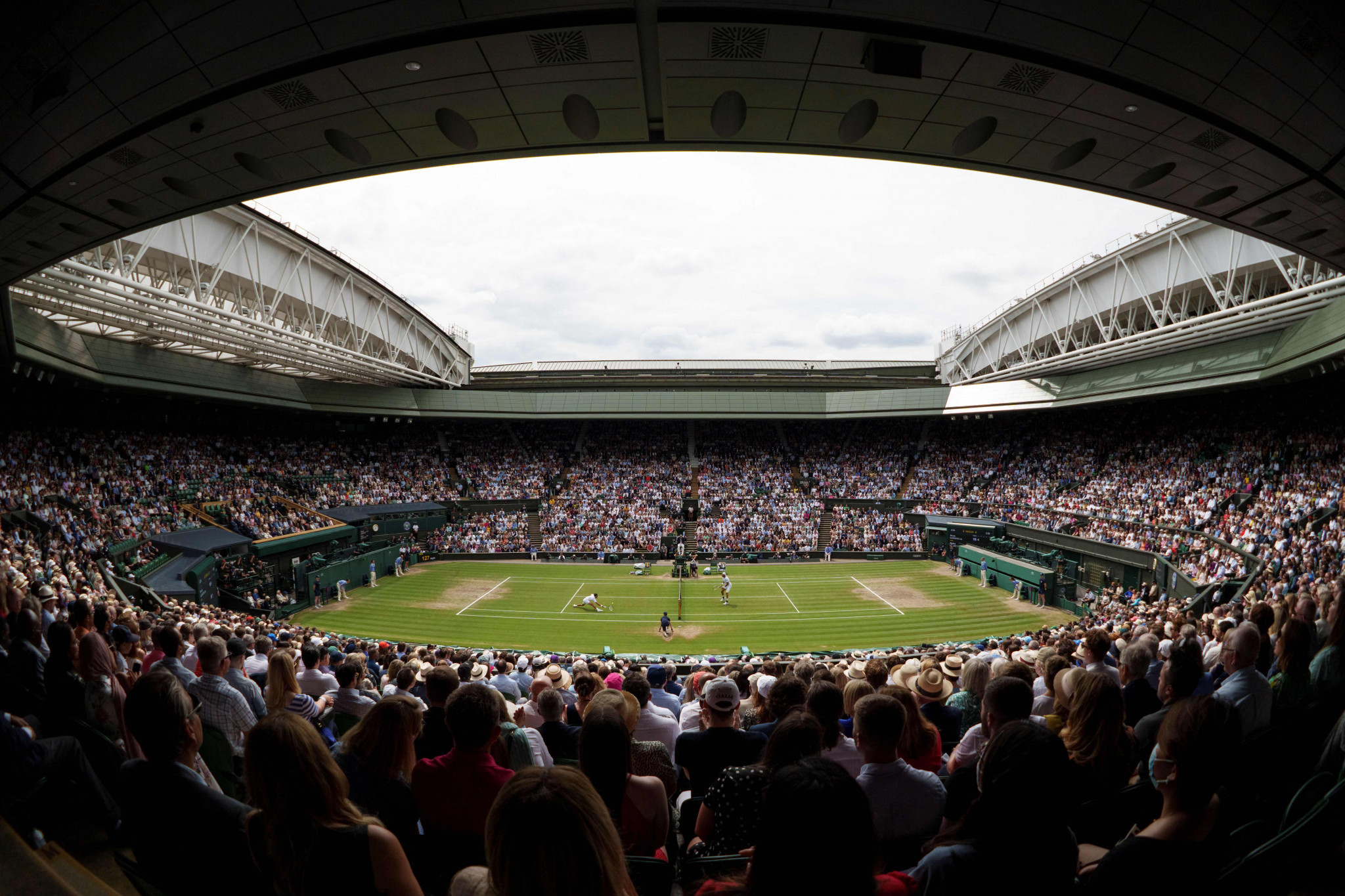 The All England Club announced on Wednesday (April 20) that it had banned players from both nations from competing at the third Grand Slam event of the season, due to the ongoing war in Ukraine.

The Club said it had taken the decision with "deep regret", saying it had carefully considered the situation in the "context of our duties to the players, to our community and to the broader UK public as a British sporting institution".

Guidance from the UK Government was also a consideration in the decision, the organisation confirmed.

The Association of Tennis Professionals (ATP) and WTA have opposed the move, with both organisations having allowed Russian and Belarusian players to compete neutrally at events.

WTA chief executive Steve Simon has reportedly written to players confirming the organisation will define sanctions against Wimbledon and the LTA.

"While the WTA strongly condemns the actions carried out by Russia in Ukraine, we remain attached to the essential principle of our sport in which entries into tournaments are based on merit and without discrimination," Simon wrote, according to the French newspaper L'Équipe.

"No athlete has ever been barred from playing a tournament based on the actions of their government.

"These decisions are a violation of Grand Slam and WTA rules.

"We have formally reported our position to them reserving the right to impose appropriate sanctions, which may include (amongst other things) withdrawal of ranking points awarded at Wimbledon, fines and suspension of the WTA and from the LTA to the WTA.

"The Tournament Directors' Council, the Players' Council and the WTA Board will meet in Madrid to define these sanctions."

The Belarusian Tennis Federation (BTF) has claimed the decision to bar players is "illegal" and will consider legal action.

"All this only confirms our confidence that world sport and international sports organisations have now been turned into an instrument of political pressure and manipulation and, unfortunately, they no longer have anything to do with the development of sports and its popularisation," the organisation said in a statement.

"At the moment, consultations of the BTF leadership with international law firms on sports law are ongoing and a strategy is being developed that is aimed at protecting, first of all, Belarusian tennis players around the world, and tennis in the Republic of Belarus as a whole.

"We are aware of the 'bias' of the judicial system in the UK and we understand that the policy of double standards will again be taken against us, but we cannot and do not have the right to remain inactive.

"The BTF is taking all possible steps to level the current situation and assures that it will continue to defend the rights of Belarusian tennis players to participate in international tournaments."

The Russian Tennis Federation has reportedly said it is "monitoring" the situation, but has not lodged an appeal to date.

The All England Club's decision will rule out Russia's Daniil Medvedev and compatriot Andrey Rublev, the world numbers two and eight, respectively.

Belarus' Aryna Sabalenka is the highest player in the women's rankings to be impacted.

Rublev, who called for peace at the outbreak of the war, has labelled the decision to ban players as "discrimination".

"The reasons they gave us had no sense, they were not logical," Rublev told the Agence France-Presse news agency.

"What is happening now is complete discrimination against us."

Tennis legends Billie Jean King and Martina Navratilova have also spoken out against the ban on Russian and Belarusian players.

Elina Svitolina was among Ukrainian players to call for the ATP and WTA to take a stronger position against Russia and Belarusian athletes earlier this week.

"If applicable, we demand to exclude and ban any Russian and Belarusian athletes from competing in any events," Svitolina added.

The stance of the ATP and WTA differs from the action taken by several governing bodies, who have followed International Olympic Committee (IOC) recommendations to ban Russian and Belarusian athletes amid the conflict.

Several Russian athletes have faced sanctions over their perceived support for the invasion of Ukraine.

The International Swimming Federation has banned swimmer Evgeny Rylov for nine months after he attended a war rally led by Russian President Vladimir Putin just two weeks after the invasion of Ukraine.