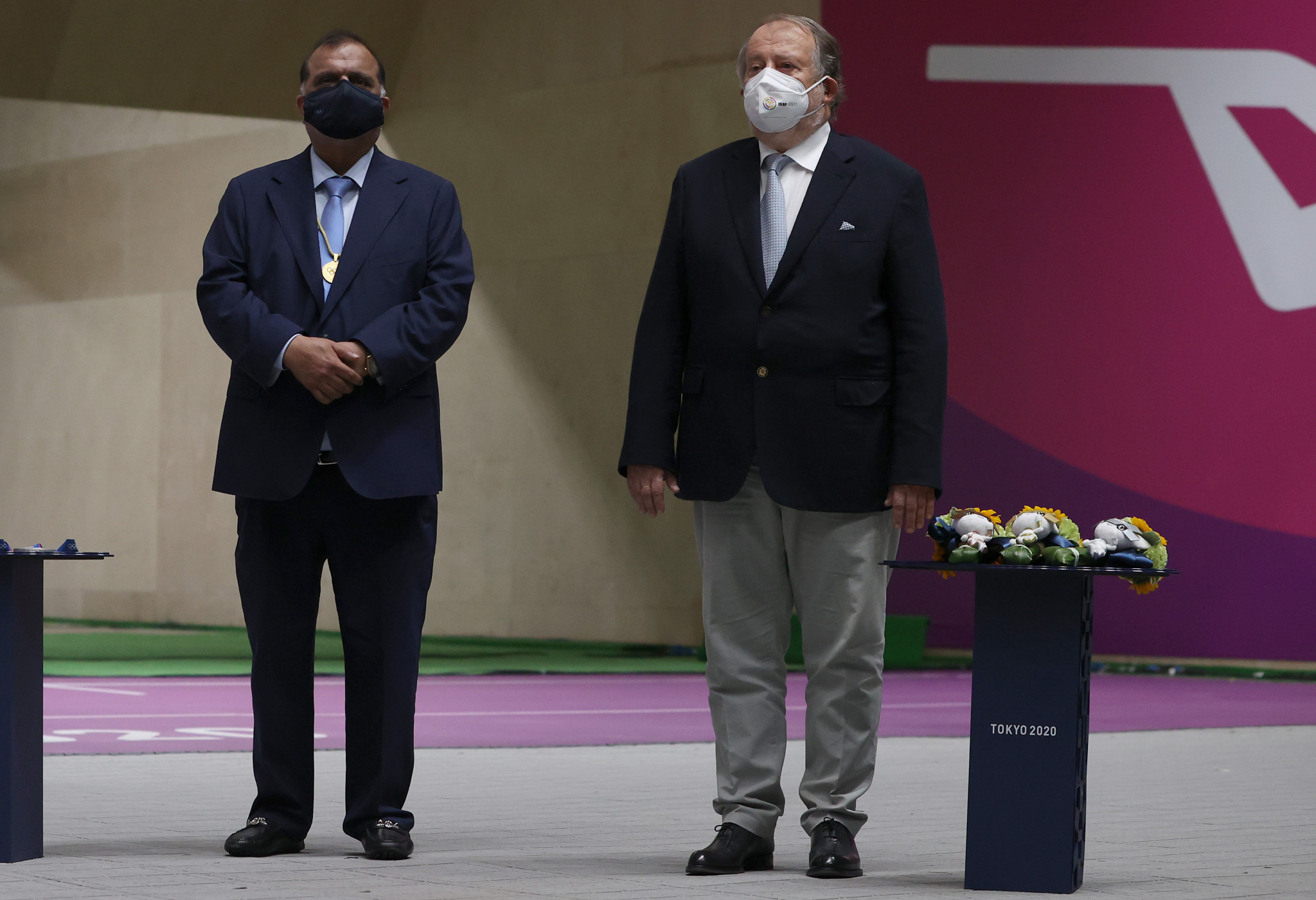 Australian Minister of Sport Richard Colbeck believes the International Shooting Sport Federation (ISSF) should remove Vladimir Lisin as its President, after the country became the first to sanction Russia's richest individual following the war in Ukraine.

A spokesperson for Colbeck told insidethegames that the Australian Government backs strong sporting sanctions against Russia and Belarus, including the removal of Lisin from his position.

"The Australian Government supports any decision to ban or remove Russian and Belarusian players, teams or sporting administrators from their roles as part of our continued condemnation of Russia’s unprovoked and unjustifiable war against Ukraine," the spokesperson said.

"In an agreed statement issued last month, Minister Colbeck joined Ministers of Sport from 37 nations across the world, calling for a ban on all individual athletes and teams from Russia and Belarus.

"We implore the International Shooting Sport Federation to take the strongest possible action against Mr Lisin, including removing him from his role as President.

"Australians stand with the people of the Ukraine and our Government will continue to encourage the international sport community to show its solidarity."

Insidethegames has asked the ISSF for a comment in response to the remarks.

Colbeck is a Senator for Tasmania for the centre-right Liberal Party, which is led by Prime Minister Scott Morrison and is the dominant party in the ruling Coalition with the National Party of Australia.

Australia has gone further than other nations with its economic sanctions imposed on individuals since Russia invaded Ukraine on February 24.

Lisin had avoided such measures prior to being added to the Australian Government's Designated Persons and Entities and Declared Persons list earlier this month.

The 65-year-old is chairman and majority shareholder of steel giant Novolipetsk.

He is listed by Forbes as Russia's wealthiest individual, with the latest rankings estimating his worth at $18.4 billion (£14.1 billion/€16.8 billion).

This represented a fall of 30 per cent from $26.2 billion (£20.1 billion/€24 billion) in the previous year, but restored his status as Russia's richest man due to the impact of sanctions on other oligarchs.

Lisin was elected in November 2018 and is due to stand for re-election at the General Assembly in Cairo on November 30.

The ISSF President has been among the more outspoken critics of Vladimir Putin's decision to launch what Moscow describes as a "special military operation" in Ukraine, highlighting the impact it will have on the country's economy.

However, he faces increasing calls from a number of countries for him and compatriot Alexander Ratner, the ISSF secretary general, to vacate their posts.

A number of countries' National Federations have called on the pair to step down, while the Ukrainian Shooting Federation has insisted it will refuse financial help from the ISSF if it is provided by Lisin.

"We would like to point out that while we have no personal claims towards Mr Lisin, we consider it impossible that he, a personal friend of Russia’s President Putin, the director of a large iron and steel works which steel for tanks and cannons, be the head of the ISSF at such a crucial moment for the world, when Russia is blackmailing the world with nuclear weapons and is leading it to the brink of a third world war," its President Oleg Volkov wrote in a letter seen by insidethegames.

The USF also claimed that earlier correspondence calling for an extraordinary meeting of the ISSF to discuss the position of Lisin and Ratner "was ignored."

Colbeck's stance adds further pressure on Lisin over his Presidency of the ISSF.

The report on the Fund for 2019 to 2021 was presented by Shooting Australia President Cath Fettell at the last ISSF Executive Committee meeting on March 7.

He is one of two active Russian Presidents of Olympic sports' International Federations, the other being the International Boxing Association's Umar Kremlev.

Usmanov was named in the updated regulation in the Official Journal of the European Union as a "pro-Kremlin oligarch with particularly close ties to Russian President Vladimir Putin."

According to the United Nations, at least 2,224 civilians have been killed since February 24, although it is feared that the true figure is far higher, and more than five million refugees have fled Ukraine.