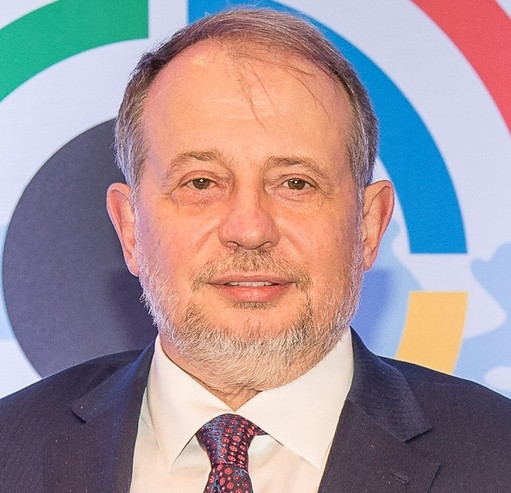 International Shooting Sport Federation (ISSF) President Vladimir Lisin has lost nearly 30 per cent of his huge wealth in the last year, most of it since Russia invaded Ukraine, the newly published Forbes Rich List has revealed.

Lisin is now worth $18.4 billion (£14.1 billion/€16.9 billion), compared to $26.2 billion (£20.3 billion/ €24.4 billion) 12 months ago, although he has regained his position as Russia’s richest man as almost every oligarch has been badly hit by the economic sanctions imposed since the country launched its war and he is still among the 100 wealthiest people in the world.

The publication of the new list comes at a complicated point for Lisin, the chairman and majority shareholder of Novolipetsk, one of the largest steel companies in Russia.

He is facing increasing pressure to step down as head of the ISSF, while at the same time appearing to have fallen out of favour with Russian President Vladimir Putin after criticising the war.

Canada, Czech Republic, Denmark, Estonia, Finland, Italy, Germany Great Britain, Norway, Slovenia, Sweden and United States are among countries to have sent letters to the ISSF calling on Lisin and its secretary Alexander Ratner, who is also Russian, to vacate their posts.

"For the sake of the sport, its integrity and reputation, we had hoped that the ISSF executives, employees, committee members and officials from the countries of Russia and Belarus would voluntarily resign from their posts given the negative effect their continued leadership could have on our sport in the international sport community," Sandra Honour, President of the Shooting Federation of Canada, wrote to the ISSF in a letter seen by insidethegames.

Lisin is due to stand for re-election at the ISSF General Assembly in Cairo on November 30 but there are growing calls from a number of countries for an emergency meeting to discuss his position.

Unlike other oligarchs, Lisin has not been placed on any sanctions lists since the start of the war in Ukraine and the International Olympic Committee has not so far called upon elected Russian officials to step down at International Federations.

Lisin has been among the most outspoken critics of Putin’s decision to invade Ukraine, including the effect it will have on Russia’s economy.

Perhaps as a subtle hint to Lisin, the Ministry of Sport has announced that the Shooting Union of Russia, which he used to lead and retains great influence in, has had its state accreditation suspended "in connection with the failure to present a programme for the development of the sport".

To read the full blog on Vladimir Lisin, click here.