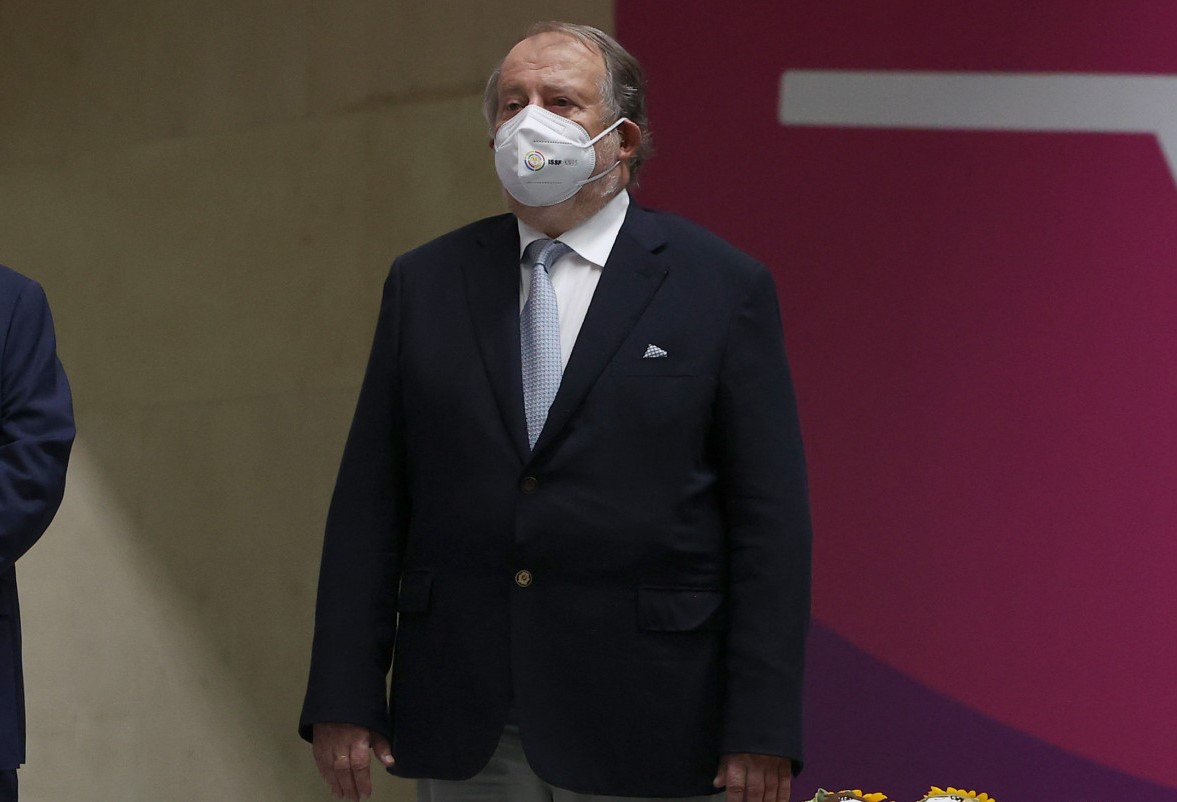 International Shooting Sport Federation (ISSF) President Vladimir Lisin has been sanctioned by Australia over the Russian war in Ukraine.

Australia is the first country to add Lisin to its sanctions list following the invasion of Ukraine.

The ISSF President's appearance on the Australian Government's Designated Persons and Entities and Declared Persons list comes as he faces increasing pressure to step down as the head of the ISSF.

Lisin has been in attendance at the ongoing ISSF Rifle and Pistol World Cup in Rio de Janeiro.

Approximately 600 individuals and entities have been sanctioned by the Australian Government.

Foreign Minister Marise Payne has declared that the Government is "committed to imposing the highest costs on those who bear responsibility for Russia’s aggression in Ukraine or hold levers of power".

Australia's measures imposed in response to the war in Ukraine include financial sanctions and travel restrictions on individuals "engaging in an activity or performing a function that is of economic or strategic significance to Russia" and current or former Russian Ministers or senior Government officials, as well as their immediate family members.

He is due to stand for re-election at the ISSF General Assembly in Cairo on November 30, but has faced calls from a number of countries to step down.

Canada, the Czech Republic, Denmark, Estonia, Finland, Italy, Germany, Britain, Norway, Slovenia, Sweden and the United States have sent letters to the ISSF calling on Lisin and his compatriot Alexander Ratner, the International Federation's secretary general, to vacate their posts.

The Ukrainian Shooting Federation (USF) has insisted that it will refuse financial help from the ISSF if it is provided by Lisin, and has called for an extraordinary meeting of the ISSF to discuss the position of the President and Ratner, after claiming that its initial correspondence "was ignored".

"We would like to point out that while we have no personal claims towards Mr Lisin, we consider it impossible that he, a personal friend of Russia’s President Putin, the director of a large iron and steel works which steel for tanks and cannons, be the head of the ISSF at such a crucial moment for the world, when Russia is blackmailing the world with nuclear weapons and is leading it to the brink of a third world war," the USF President Oleg Volkov wrote in a letter seen by insidethegames.

Shooting Australia President Cath Fettell is a member of the ISSF Executive Committee, and had served as director of fraud control at the Department of Foreign Affairs and Trade in Canberra prior to her retirement in 2014.

Fettell presented the ISSF Development Fund Report for 2019 to 2021 at the last Executive Committee meeting of the International Federation on March 7.

insidethegames has also asked Shooting Australia for a comment on the decision.

However, sanctions imposed by the European Union prompted Uzbekistan-born International Fencing Federation President Alisher Usmanov to step aside "until justice is restored".

Usmanov was named in the updated regulation in the Official Journal of the European Union as a "pro-Kremlin oligarch with particularly close ties to Russian President Vladimir Putin".

Unlike Usmanov and numerous other oligarchs, Lisin had not been placed on any sanctions list prior to the Australian Government's decision.

The ISSF President has been among the more outspoken critics of Putin's decision to invade Ukraine, highlighting the impact it will have on Russia's economy.

Lisin lost 30 per cent of his personal wealth in the last year, mostly after the beginning of what Moscow describes as a "special military operation" on February 24.

However, Lisin has regained his position as Russia's richest man due to the impact of economic sanctions on other oligarchs, and is still among the 100 wealthiest people in the world.

According to the United Nations, at least 1,964 civilians have been killed since February 24, although it is feared that the true figure is far higher, and more than 4.7 million refugees have fled Ukraine.