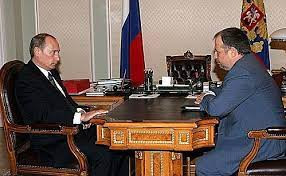 International Shooting Sport Federation (ISSF) President Vladimir Lisin, one of Russia's richest men, has been warned that he would not be welcome if he attended the European Shooting Championships - 10m in Norway following his country's invasion of Ukraine.

European Shooting Confederation (ESC) President Alexander Ratner, another Russian, has alleged that the Norwegian Olympic and Paralympic Committee and Confederation of Sports (NIF) had said that him and Lisin should not attend the Championships, where the senior events are due to begin tomorrow.

Anna Leshchikova, President of the Russian Shooting Union, has also been told by NIF she should not travel to the event.

"I have been informed by Mr. Håvard Larsen, President of the Norwegian Shooting Association (NSF), that myself as well as one further member of the European Shooting Confederation Presidium and the President of the International Shooting Sport Federation, because of our Russian nationality, are 'not welcome' to the 2022 European Championship 10m in Hamar, one of the top ESC Competitions,” Ratner wrote to NIF President Berit Kjøll in a letter seen by insidethegames.

"I kindly note that none of the afore-mentioned individuals has any ties to the Russian Government.

"I have been living in Germany for more than 30 years."

Ratner is also secretary general of the Munich-based ISSF, where Russian oligarch Lisin was elected President in November 2018.

Lisin is the chairman and majority shareholder of Novolipetsk, one of the largest steel companies in Russia, and was estimated by Forbes to be worth $26.2 billion (£19.9 billion/€24.1 billion) but his wealth has been badly hit by the effect of international economic sanctions imposed on the country since its invasion of Ukraine last month.

He is believed to have close ties to Russian President Vladimir Putin but has so far not been placed on any sanctions list in the United States, European Union or United Kingdom.

NIF were the first National Olympic Committee to publicly criticise the attack on Ukraine calling it "a clear violation of international law" and described the war as "totally unacceptable".

They led calls for Russian and Belarusian athletes to be prevented from participating in all international sports events.

Ratner claims that he and Lisin should not be penalised because the ESC and ISSF have followed recommendations adopted by the International Olympic Committee (IOC) following last month’s invasion of Ukraine by Russia.

This included moving the European Shooting Championships, due to take place in Moscow, and banning competitors from Russia and Belarus.

Also, earlier this month, Lisin risked angering Putin after he wrote to his company’s staff condemning the war in a letter shared on social media.

The steel tycoon wrote that "the death of people in Ukraine is a tragedy that is hard to justify or explain."

Ratner claimed that the group were being unfairly penalised for being Russian.

"It is clear from the statements issued by the IOC that there should be no discrimination of Russian people in general for the actions of their Government," Ratner wrote.

"The IOC further made clear that no discriminatory measures should be imposed against officials elected in positions of International Sports Federations who do not have any direct link to the Russian Government."

Both Lisin and Ratner have faced calls for them to step aside from leading their respective organisations following the invasion of Ukraine.

Ratner, however, has made it clear in his letter that he still intends to travel to Norway for the Championship.

"As long as during the European Championship new formats of the shooting competitions vis a vis Paris 2024 Olympic Games will be tested, we are obliged to come to Hamar," Ratner, who has dual German nationality, wrote.

"We would appreciate if you also take (sic) this in consideration."

insidethegames has contacted Ratner and the NSF for comment.