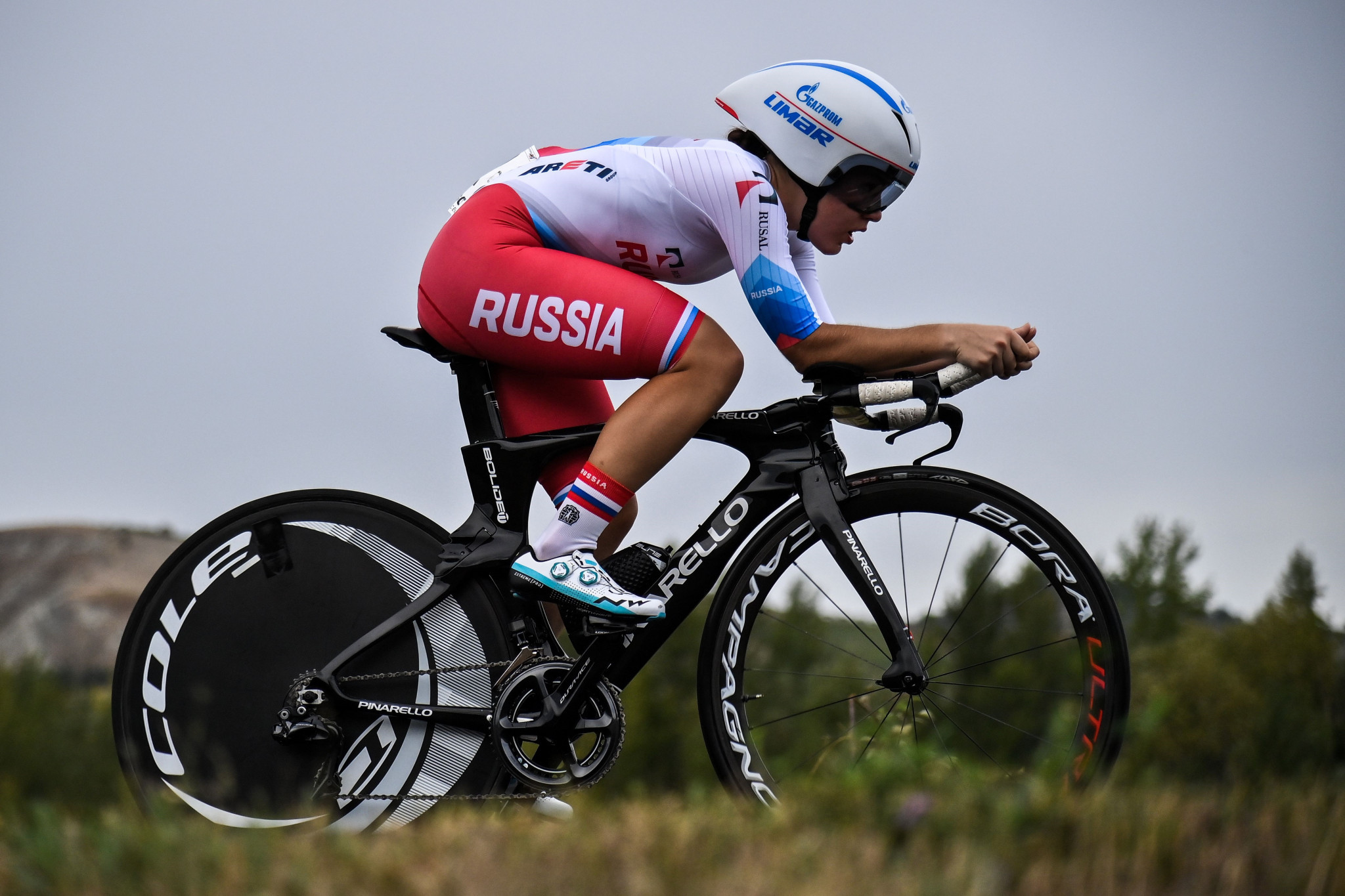 Russian cyclist Aigul Gareeva, a junior world champion in 2019, has been banned for 18 months due to missing three drugs tests.

The Russian Anti-Doping Agency (RUSADA) has handed down an 18-month ban in the case, state news agency TASS reports.

Irakli Abrahamyan, head coach of the Russian national team, claimed to be "very upset by this decision".

Per TASS, Gareeva will be eligible to return to racing in less than a year, on March 16 2023, as the ban has been backdated to September 17 2021, when the athlete began serving a provisional suspension.

Gareeva won the junior women's road race at the 2018 European Road Cycling Championships in Brno in the Czech Republic.

A year later, Gareeve triumphed in the junior women's time trial at the World Championships in English spa town Harrogate despite going the wrong way in the closing kilometre.

Gareeva would not be eligible to represent Russia at International Cycling Union (UCI) events at present regardless of the doping ban, as Russian and Belarusian national teams have been barred in response to the invasion of Ukraine.

Cyclists from Belarus and Russian may only take part in UCI events if riding for a team which is neither Russian nor Belarusian.

At least 2,104 civilians have been killed in Ukraine since Russian launched a military offensive on February 24, according to the United Nations.

The true figure is believed to be considerably higher and more than 4.8 million refugees have fled the country.